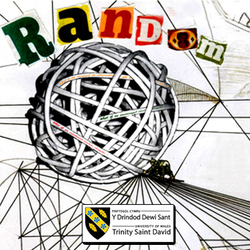 It's been a week since Quad Theatre Company have returned from performing at Greenside venues in the Edinburgh Fringe Festival 2011. What a blast! I've had time to digest the very hectic experience and am very glad with what was achieved. Great performances every night, disappointed it was over so fast.. started to enjoy the later shows in the run, after kicking the nerves and anxiety! Lovely feedback from audiences (Averaging at 10 a night), the nice intimate performance space meant the connection between us and the audience was good...so good that some even returned for more!

Quad Theatre Company is made up of 10 graduates of the University of Wales Trinity Saint David. 8 of which are the all-female cast and 2 of which are from the Theatre and Design course. (Technical assistant and Stage manager).

So I would just like to congratulate the rest of the Company on a successful run, it was brilliant to work with you all and best of luck for the future!!

Heading up a week early for rehearsals, meant I had extra time to pop along and watch other performances. Here are just some of the shows, I really enjoyed, and am looking out for in the future:

Viva Touring - I love you, You're perfect, Now change

Also, Congratulations to our fellow friends in Bandwagon Theatre Company, for their successful run at Greenside Venues.