This review aims to reflect the graphic and very cryptic style of the production.

That is what Llais/Voice gave to me, it's how I experienced it, so it seems fitting to give something similar back:- 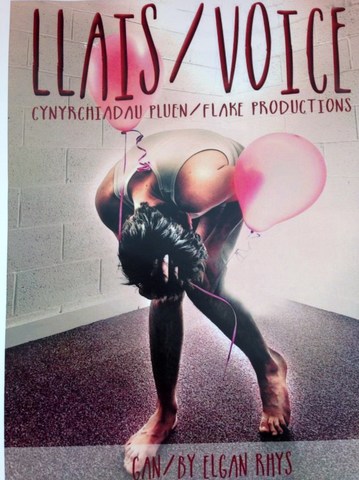 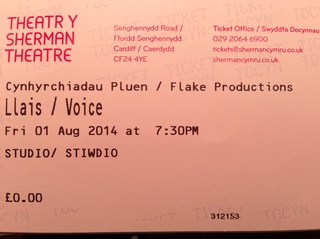 I usually prefer to take a performance at face value, preferring not to know too much before I go into the theatre. In this case though, I wish I’d known more: I really did not get it until the very last scene, when it was all spelled out for me, words on flash cards.  I sat through the production in a state of frustration, and confusion, and as intense as it was for the actor, for me, the performance was not engaging or interesting enough to enjoy sitting through the show without understanding it. Thankfully, there was a happy ending -- I'd gotten it at last. And once I had gotten it I did enjoy it - part of which was relief, part was real enjoyment.

I came to watch Flake Productions’ Llais/ Voice with a blank slate -- I had no prior knowledge of the performer/s or the story line. In contrast to many of the audience who, I got the distinct feeling, were in the know – knowing either the performer personally or knowing something about the story -- I was experiencing a series of question marks.

In retrospect I’d have liked to have known whether it was a work in progress, or a finished piece. (It felt like the latter to me, and had some very strong aspects worth developing.) And because of the stylised nature of the production, and the intense sensitivity of the subject matter, I'd have liked some more background information. An autobiographical piece, a coming out -- I understand the actor's struggled, pained performance now that I know this.

Were the programmes available pre-show? If they were, I didn’t see them. They were on a table upon exiting. So that must have been intentional.

The blank sheet inviting us to fill in, express how we feel, and share on social media, was a fitting marketing device but, might have been more effective had we been able to take them into the theatre with us, and fully engage with this interactive element. Mine might have said:- 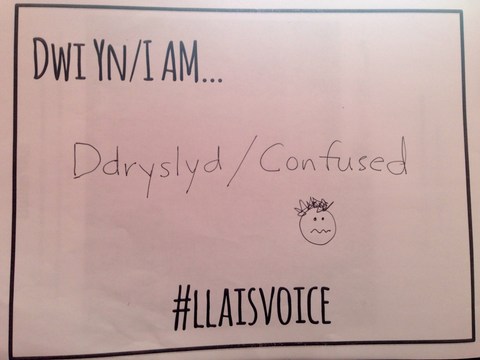 Verbatim, from the critics notebook:-

Can’t see. Why? [did he] chose to start [the show] writhing on the floor in a corner?

Why so much (panting)?

What was that noise? + why?

Please, put some clothes on.

HIS MOVES -- Original. Get my attention. Smiling. Warming to him....

Put some clothes on.

Playing a [recorded] part back – The Slap

What is he trying [desperately] to say?

Sits off stage. Takes a break.

In the other corner: guitar tuning.

Balloon as head into hoodie. Likes that!! I like that but… not the panting. Verging on too self-conscious (but that could be developed)

Jacket. Why? Reaction. Overreaction. Why?

Interesting to explore this. Worth developing.

Watching the guitarist produce the FX. Dangerous or OK to turn away from the main performer?

Digital aspect. not exciting, not adding – Apart from the rewind…………….

[I must have finally engaged because I stopped taking notes], apart from this, my last note: 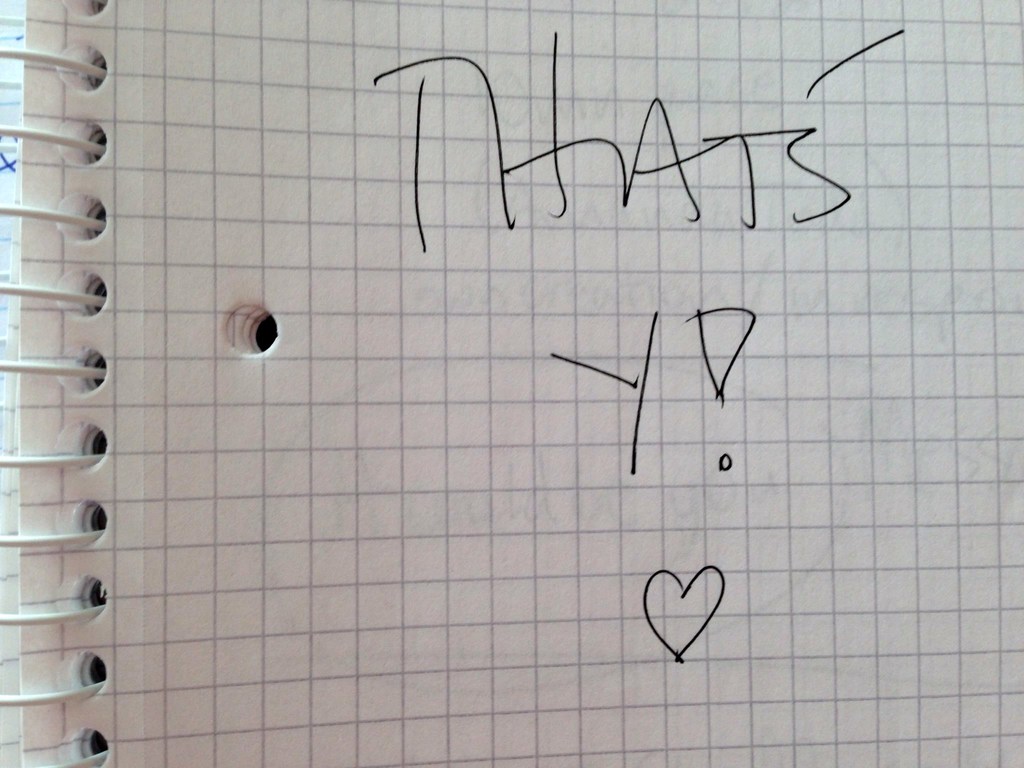 Thanks for coming Leslie. Really appreciate and enjoyed your response! We like to create theatre that allows people to analyse and interpret for themselves, rather than hand everything to them... Asking an audience to feel. Thanks again for this!

Really interesting way to give feedback Leslie. Thanks for sharing