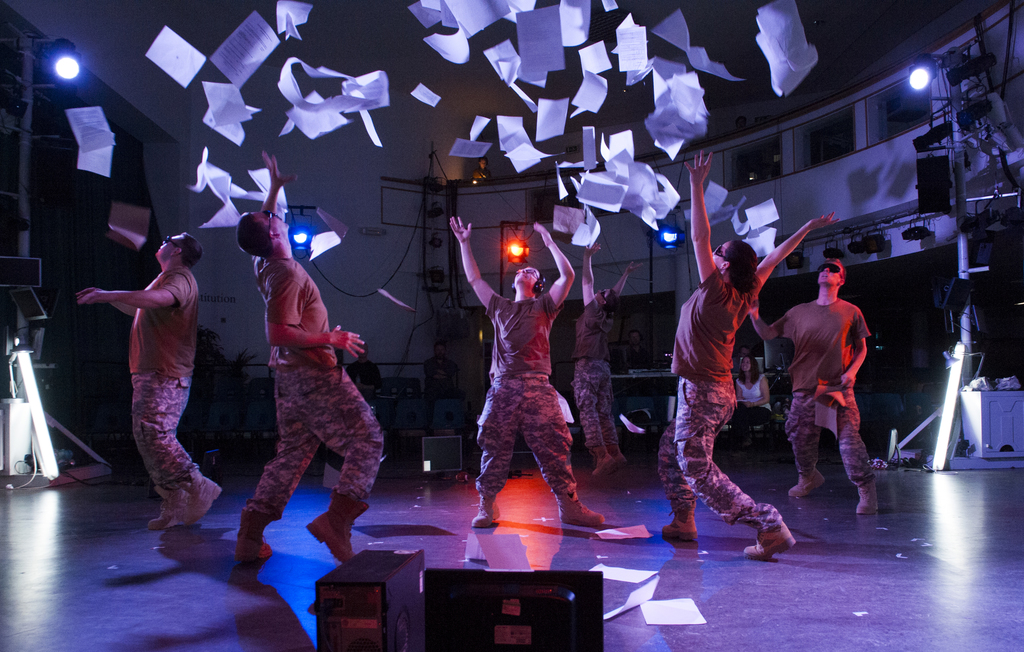 Thought it was time for a reviews round-up from Edinburgh, where The Radicalisation of Bradley Manning is getting standing ovations and lovely write-ups from the critics...

Let's start with ★★★★★ in today's Scotsman, which names it a Hot Show! "Sometimes a show appears on the Edinburgh Fringe that is so timely that it seems as though it must have been created yesterday" "terrific... [a] fierce 100 minutes of theatre" Sadly, this review isn't published online, but if you're in Edinburgh, pick up a copy today!

We've also had ★★★★ in today's Herald, which calls the show "the most pertinent play on the planet".

The Edinburgh Reporter gave another ★★★★★ review: “So many scenes… impact on the senses and emotions with startling intensity.” “This dazzling achievement… sets the bar very high indeed.”

Many critics have given particular praise to the cast, as did The Daily Telegraph in its ★★★★ review: “raises the benchmark for the online potential of theatre” “the greatest credit goes to the cast, who run, shout and jump their way through each scene of this slick, compelling drama with utter conviction.”

The Metro called the show “an urgent, pulsating piece of contemporary theatre” in its ★★★★ review, while Time Out called it “dizzying... a slick and inventive piece of entertainment” - ★★★★.

A clutch of other ★★★★ reviews to finish, in the Western Mail, Evening Standard, Fest, British Theatre Guide, A Younger Theatre and Exeunt Magazine.

Don't forget, if you can't make it to Edinburgh, you can watch the live-stream at 7.30pm BST (except Weds) and at 2.30pm BST Sat/Sun until 25th August here.