Gone With the Swan in association with Shakespeare United present Shakespeare's Got Talent. The play takes the popular phenomenon of TV talent shows and incorporates all the best Shakespeare has to offer. As well as the talent show (which parodies Britain’s Got Talent and The X Factor), the extremes of comedy and gruesome tragedy are presented to be judged by the audience. In the show, classical work meets physical theatre with contemporary references. Through the encouragement of the Host the audience will judge throughout and finally vote for the winner. A Jacobean Masque that turns into a hip hop routine, sword fighting, singing, a magician/hypnotist, the most gruesome death scenes from Shakespeare in one act, mime artists and even a routine with a dog compete for the grand prize. Who wins? YOU decide. A spectacular show filled with fun and wickedness! 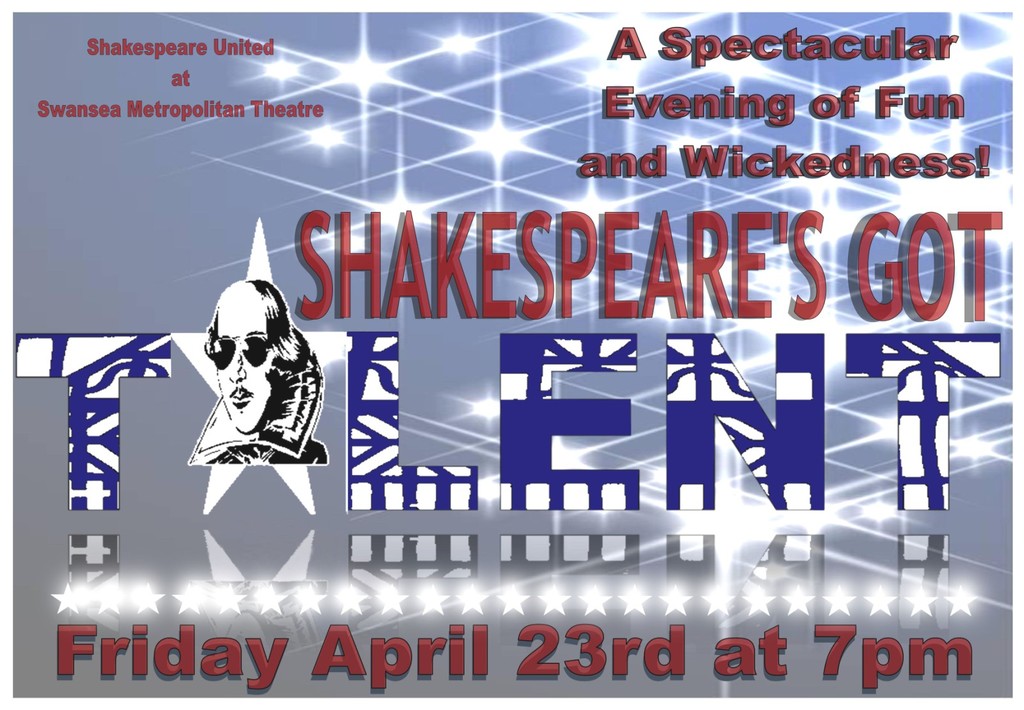 @NTWtweets: If you’re a freelancer in Wales you may be eligible to apply to the Emergency Business Fund. More info, including links for all Local Authorities and opening dates here: