It is a pleasure to be working with TEAM as creative assistant on the Creative Collaboration Project. I am delighted to be working alongside Molara Awen, Wayne Boucher and TEAM co-ordinator Naomi Chiffi.

Our project is based in the Pembrokeshire Learning Centre in Pembroke Dock, part of the pupil referral unit (PRU) The PRU caters for pupils who have been permanently excluded, or who are at risk of exclusion from school. The project is specifically focused on creating an album of original music composed and recorded by the pupils. This is to be launched in an event organised, curated and promoted by the pupils, with subsequent performances inspired by the album. 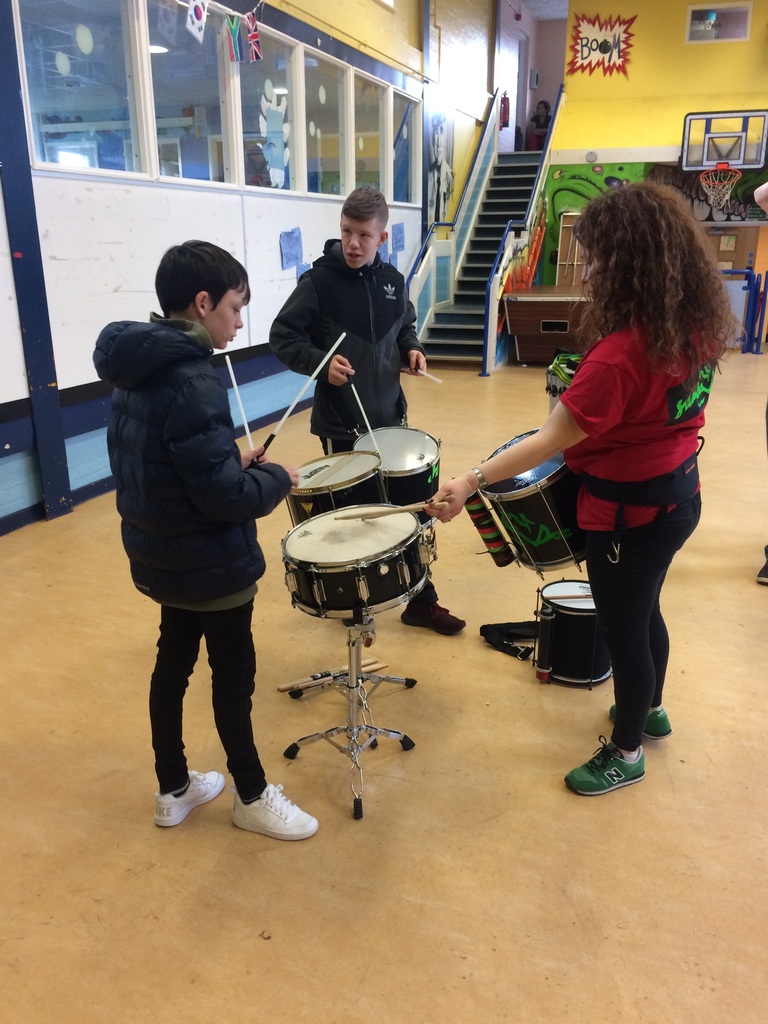 They provided a workshop focused on playing traditional Samba instruments. These included Surdo's, Repinuque's, Timbau's, Agogo bells and Caixa's (Snares). Beginning with a band performance, pupils were then taken into groups to learn individual parts before finally performing as a group. 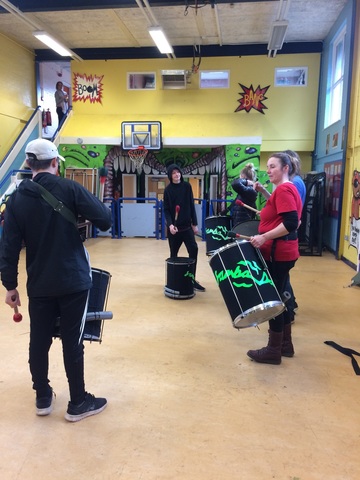 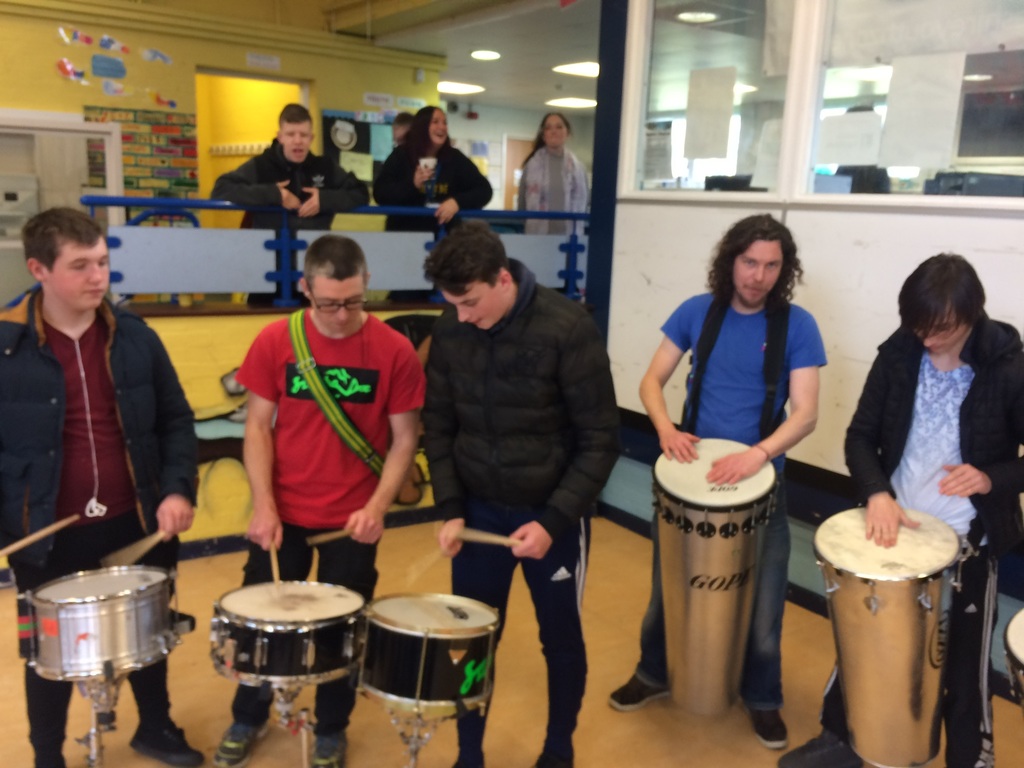 We were delighted with the engagement of many of the pupils and staff members on the day. We hope that this experience will help enlighten the students to new sounds and rhythms as well as inspiring their efforts on the collaborative album project.

I look forward to sharing more progress on the project very soon.