What a great start to 2018! I've had the honour of being accepted onto TEAM Panel and have just begun an exciting new endeavor for TEAM as creative assistant on the Creative Collaboration Project. More on that in a moment; firstly, I'd like to introduce myself.

I'm a musician, producer, sound engineer, film-maker and photographer from Pembrokeshire. I manage the Boatyard Music & Film studio, the arts division of the Tanyard Youth Project based in the heart of the county. We work with a 200+ community of young people (10-18) to provide music, film and photography projects and tutorials to our members. Although fortunate to live in one of the most beautiful places in Wales, we are also one of the most impoverished in terms of social mobility, public facilities and arts-based opportunities. As such, we take great pride in our role of involving young people in our many arts activities and projects, primarily based in the Tanyard building and our professional recording studio in Pembroke.

I first became involved with TEAM in 2017, as a photographer for the Sound Project alongside Diana Ford, a fellow member of TEAM Panel. This gave me an insight into NTW's interest in reaching out to communities, to offer a platform through the arts to tell their stories. Later that year, staff and young people from the Tanyard Youth Project were invited to attend "We're Still Here", an incredible immersive theatre production based in an old industrial warehouse in Port Talbot, telling the story of the local steelworkers in the fight to keep their jobs against the odds. As I learned more about both NTW and TEAM, I found the organisation to be socially progressive, environmentally conscious and packed with creative talent across the entire spectrum of the arts. Shortly after, I was invited to interview at NTW HQ in Cardiff for a place on TEAM panel.

The first opportunity suggested through TEAM platform was a position as creative assistant on a new music project based in Pembroke Dock for the Pembrokeshire Learning Centre, part of the pupil referral unit (PRU) for young people with a range of social, emotional and behavioural difficulties. The PRU caters for pupils who have been permanently excluded, or who are at risk of exclusion from school. The Creative Collaboration Project can be defined as the creation of an album of original music, composed and recorded by pupils, and launched in an event organised, curated and promoted by the pupils themselves, with a series of performances inspired by the album.

I was delighted to be offered the role, alongside my colleague Ben Mason, to support the lead creative, Molara Awen and TEAM Co-ordinator, Naomi Chiffi. I've had the privilege of working alongside Molara on past projects, and very much look forward to working alongside Molara, Naomi and Ben on the Creative Collaboration Project over the next two terms, from February to June. To launch the project, we gathered a team of fantastic musicians to perform a gig at Pembroke Dock Youth Club, the site for pupils on key stage 4 of the PRU and our participants in the project. With little time to rehearse, we gathered at 9.30am and set about getting a number of songs together for a performance in the main hall at 12.30pm.

Alongside Molara, Ben and myself, we had the fantastic Nii Okai Tagoe, Jez King (Regime), Robbie Price, Caitlin Rowley and Alan Argent on saxophone. We played a selection of songs, beats and mashups, swapping vocalists and instruments throughout the set, and I believe we achieved our goal of kicking the project off with a bang and inspiring our young participants to engage. It was a fantastic and fun day, and I very much look forward to getting stuck into the initial stages of the project! I've included a few photos of the day, and I'll leave it there for now. Massive thanks to NTW TEAM crew, it's been an exciting start to 2018 and I'm very happy to be part of the community. 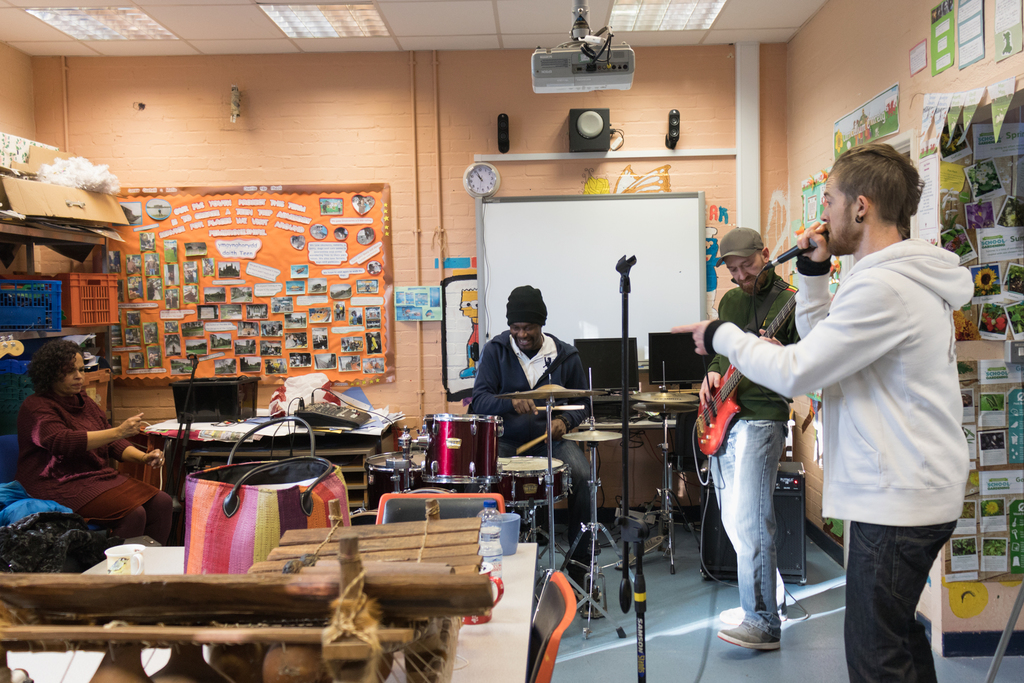 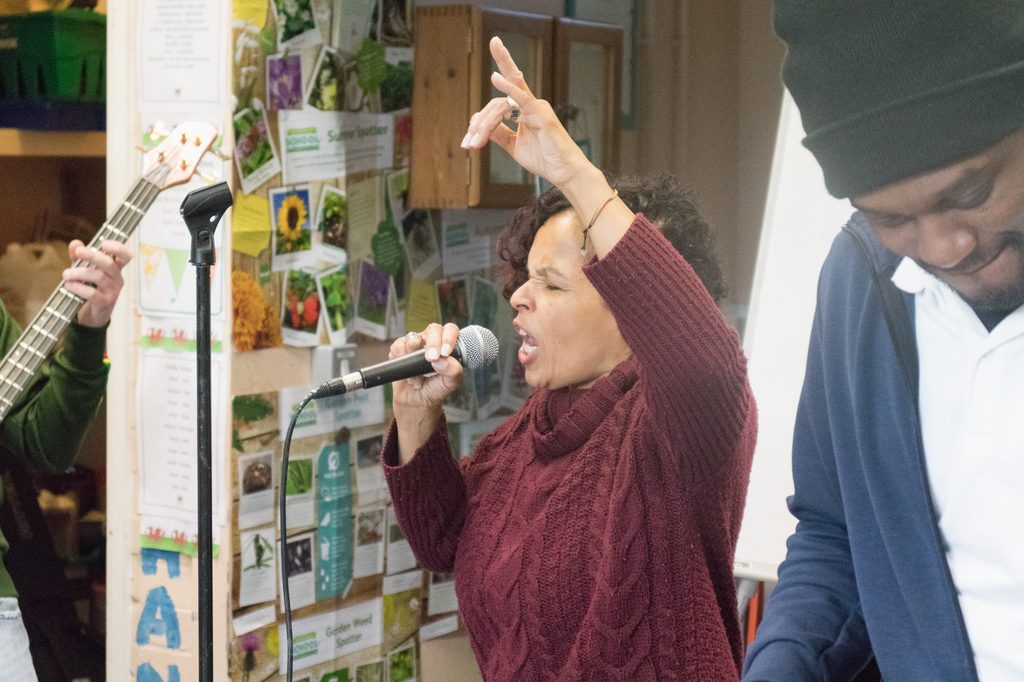 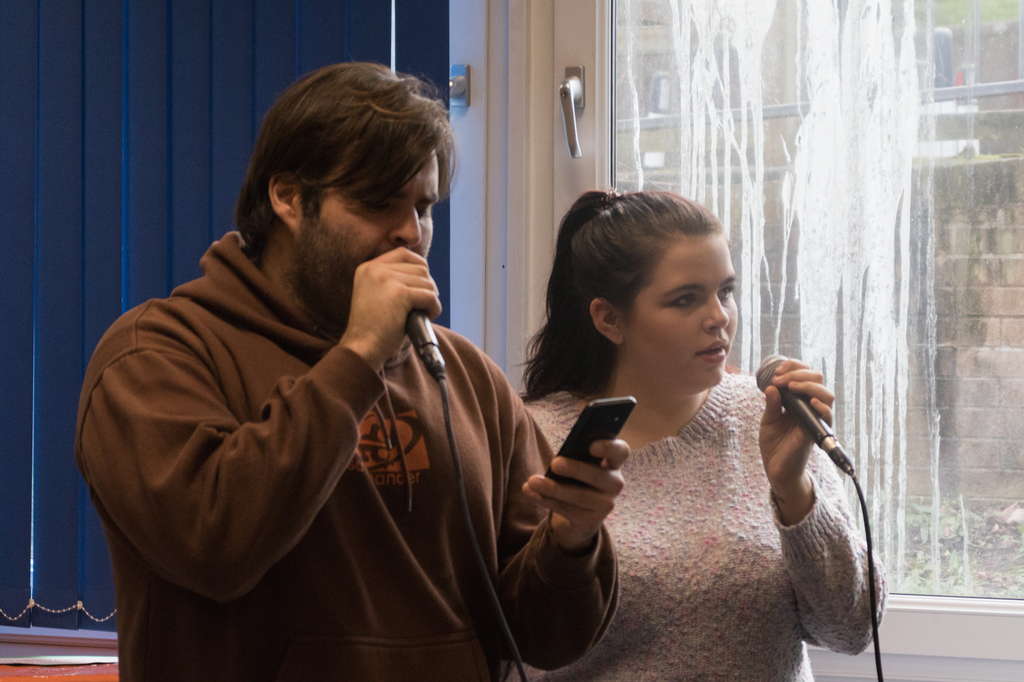 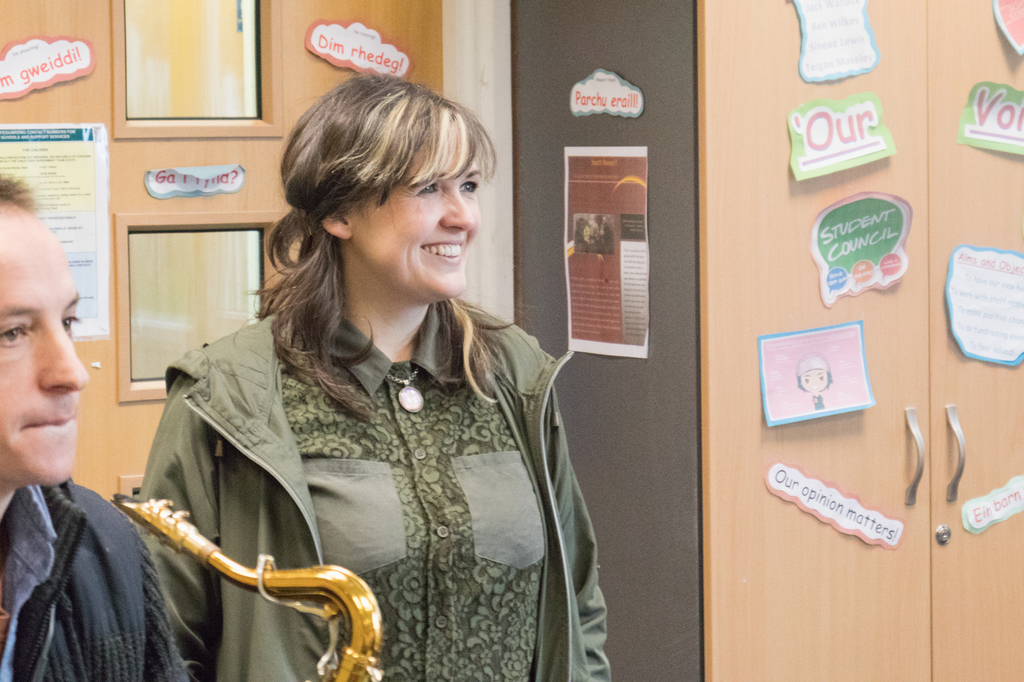 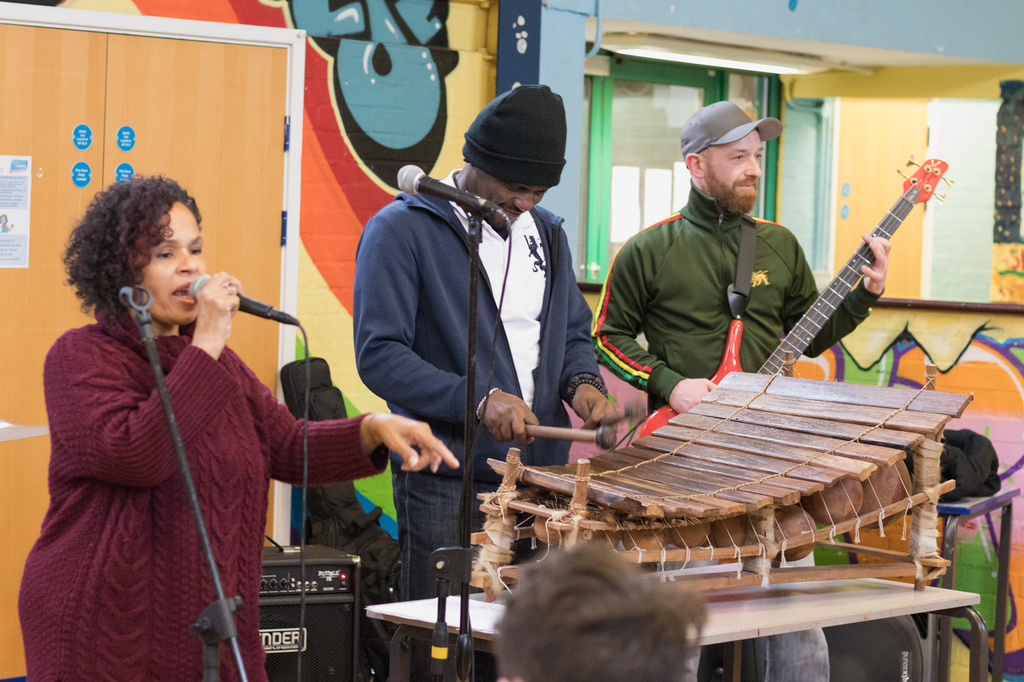 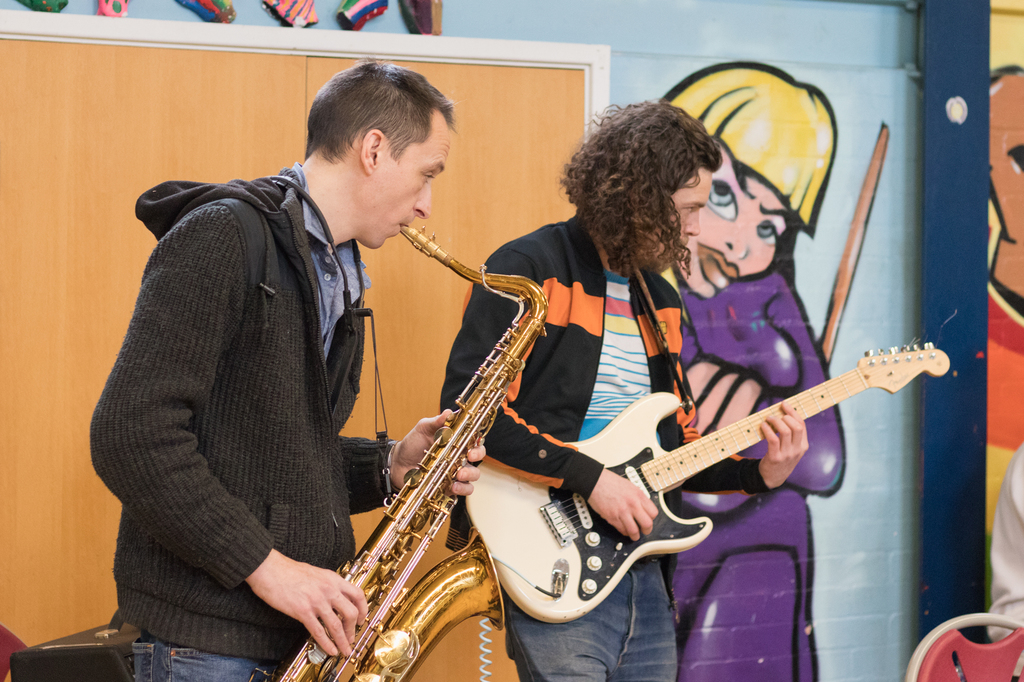 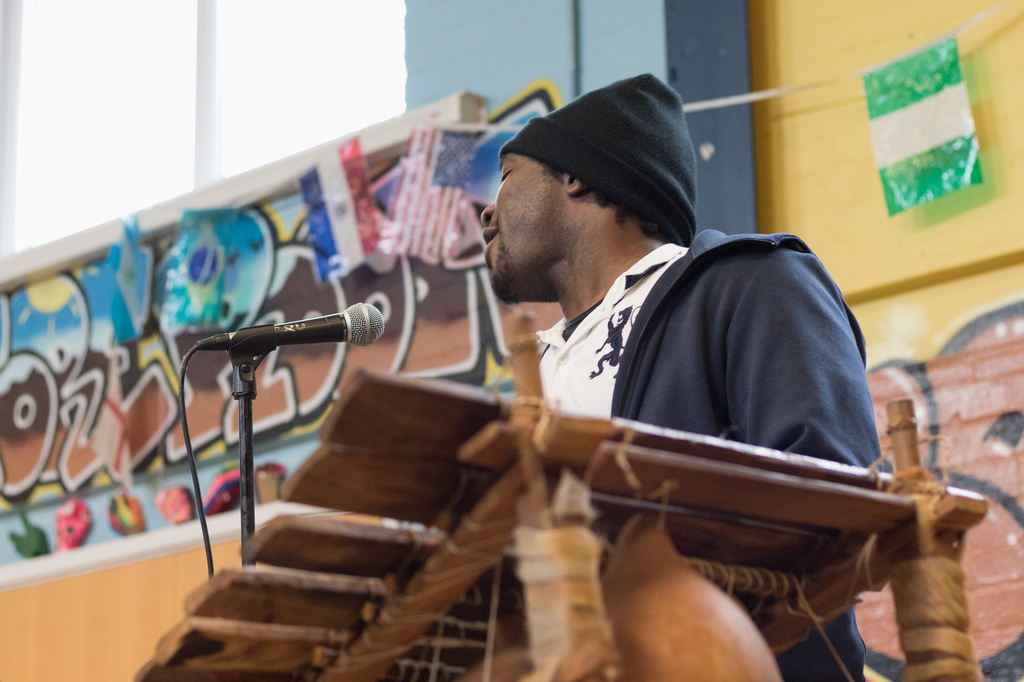