Every year since I was about 16, on January 1st I write myself a letter to be opened on January 1st of the following year.  I write all the things in that letter that I hope to achieve by the end of the year and usually I open it with dread at all the things I promised myself I’d sort in that year but never did. Like the year I said I wanted to learn how to drive but I didn’t and the other year where I wanted to be a size 10. Most disappointing of all the years was when I said I wanted to be married to Scarlett Johansson….

On January 1st of 2010 I opened my letter and the main thing I wanted to achieve was ‘to be doing something creative again- anything’. I’d had a bit of a creative drought and the effects of too many doors slammed in my face in the big city made me take some time out for a while. It was the opening of this letter that spurred me to move to Wales and find a way of being creative again.

In January of 2016 still writing my letters, still unable to drive and still wondering why Scarlett hasn’t called; my life is full of creativity, it is now my full time job.  And NTW TEAM has played a massive part in that journey.

Being on TEAM panel for me is a chance to give back and help shape TEAM for the next generation of wish list letter writers and dreamers just like it helped me.  I’ve been a part of TEAM panel for quite a while and its gone through quite a few line-ups, each time; different members bringing their own voice and thoughts of how we can push TEAM forward.  I joined TEAM in 2010 and although TEAM has evolved since then for me what’s remained is its generosity, passion and ability to make everyone to feel a part of something that belongs to them and everyone.

Here’s to another exciting year on TEAM panel 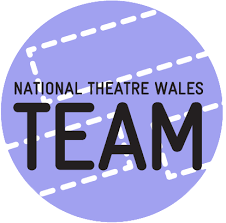