The Haircut is a devised performance by 5 Cardiff teenage girls, and produced in conjunction between NTW Team and BAWSO. We've been working on it for just over two weeks. It's part of Cut It Out, an event to be held on Sunday July 15th in Butetown (venue T.B.C.), organised by the girls, which focuses on the issues and consequences of FGM and Forced Marriage. The day will also feature a talk by Reem, one of the actors in the project, as well as dance, a fashion show, and food.

Together with director Mathilde Lopez, producer Yusuf, myself and Bethan assisting and Devinda in the NTW office, the girls, Loddan, Reem, Leena, Sahar and Ruba, have been improvising scenes to build a story that looks at how forced marriage collides with a modern teenager's life.  We've been playing with phones and microphones, gossiping aunties, overhearing, big crazy wigs and lots of Justin Bieber. ( LOTS! ) So far, we've got a play about a fifteen year old girl who tries to deny she's getting married; a frantic father with a moustache; a brother with asthma and a 'very happy' mother.

We'll have more photos and posts up soon from the girls themselves, plus more info on the Cut It Out event when we have venues and timings confirmed. Everyone's welcome - and we look forward to seeing you there! 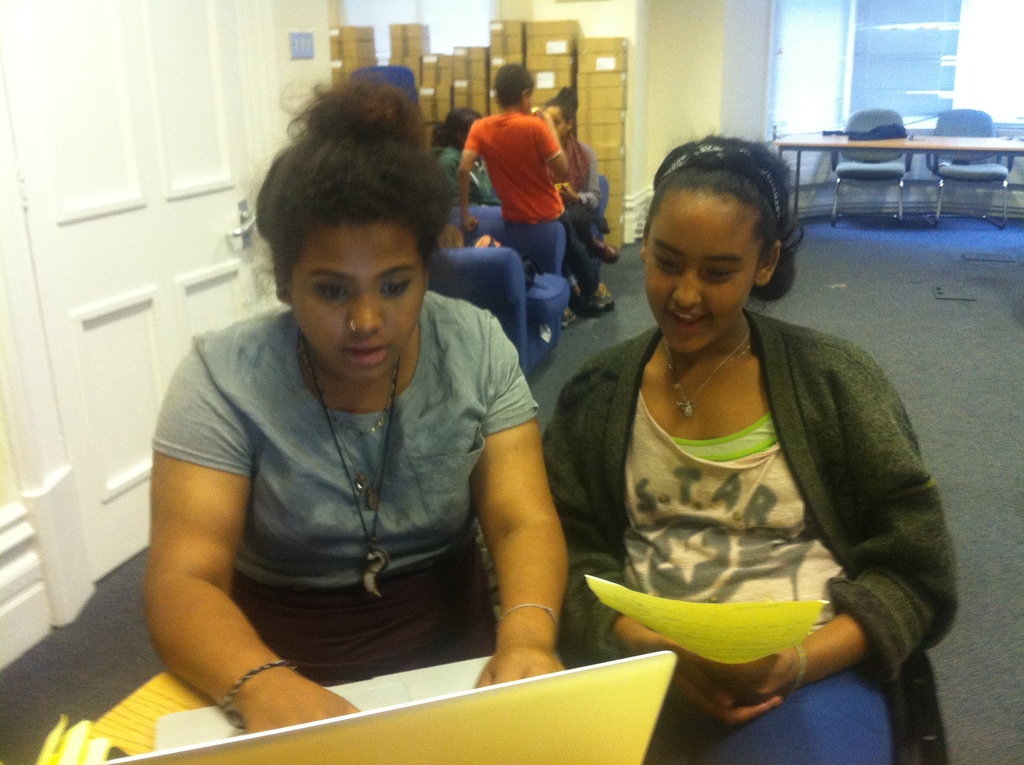