Some Photo's of the Characters from Annwn, Gwyn ap Nudd king of the Bendith y Mamau, (Fair Folk under the Hill)

He rode Y Fari Ddu, on the night of Souls.

Mallt Y Nos, keeper of the Cwn Annwn, (Guardian hounds of Annwn, and Lead dogs of the Lord of the Hunt, Gwyn at the head of the hunt as the dead and Fairy Folk come into the present time, to steal souls from all those who are stood at a cross roads, on a Stile or in a group, mind you he likes Children's soul if they are not asleep at midnight!

Hwch Ddu Gwta a Ladi Wen, Tailless black sow and the headless Lady in White, are very prolific in collecting souls, but can be halted by the Dryad Gwrachod, (Wood Witches) they weave a spell that freezes the Sow and cadaver spirit. 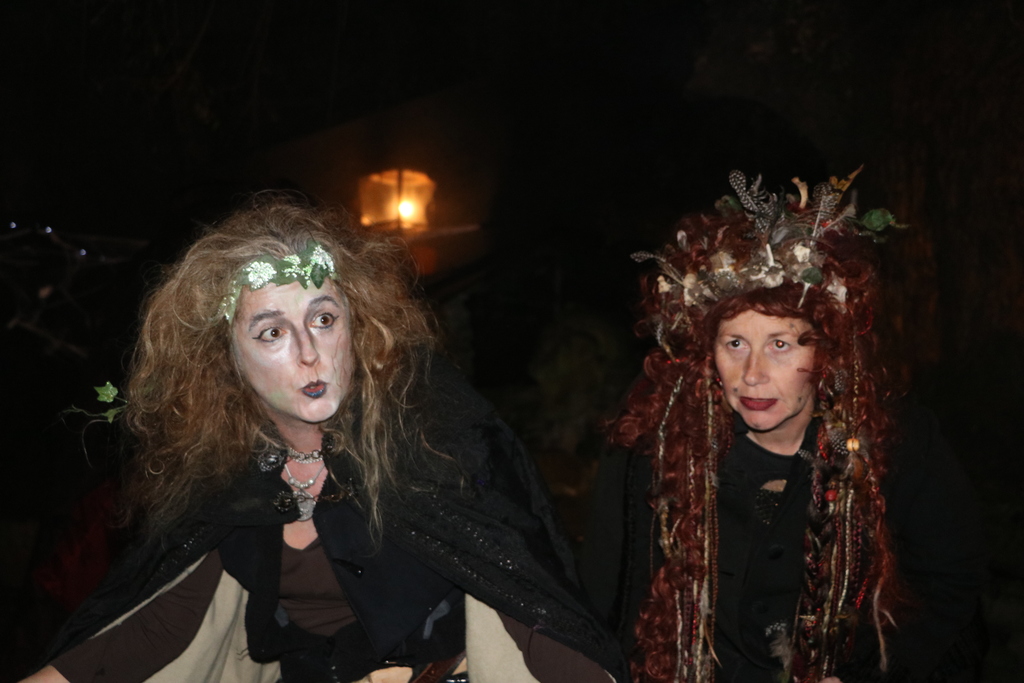 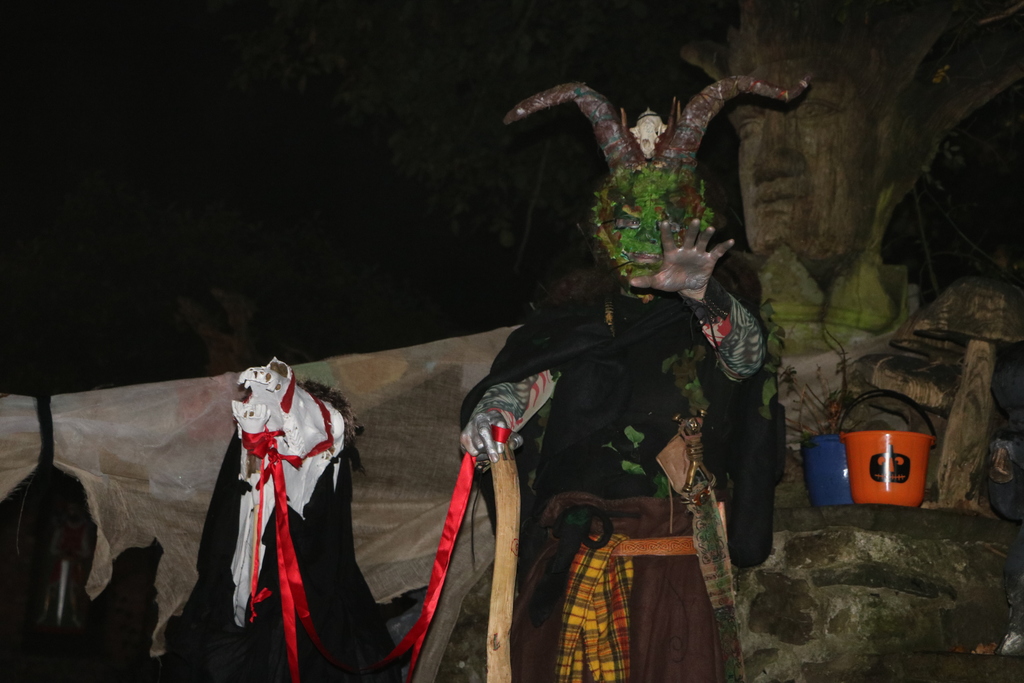 The Humans stole into Annwn looking for the Story Teller protected by the Witches, to ask their fates for the coming year, they were accompanied by the English press trying to avoid telling the real news, by trying to trivialize the ancient hidden ones time of ritual but were silenced by Arawn the King of Annwn and would have left them in that state, but for the intervention of Awen his wife who quite liked the attention of the press, lucky them or they would have gone home never to be able to ask a proper question. 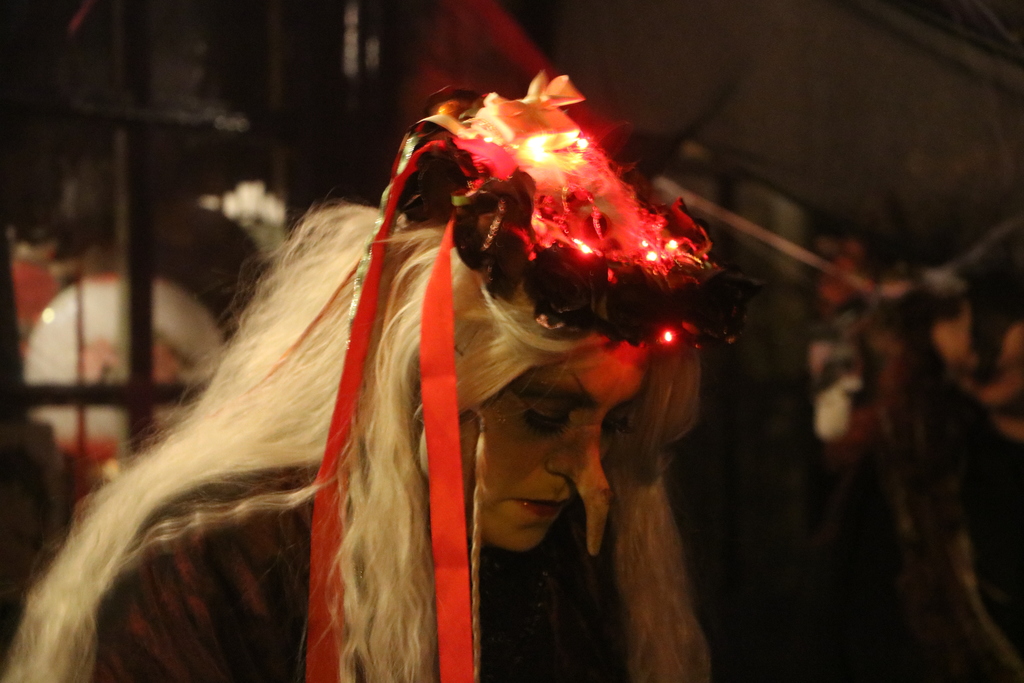 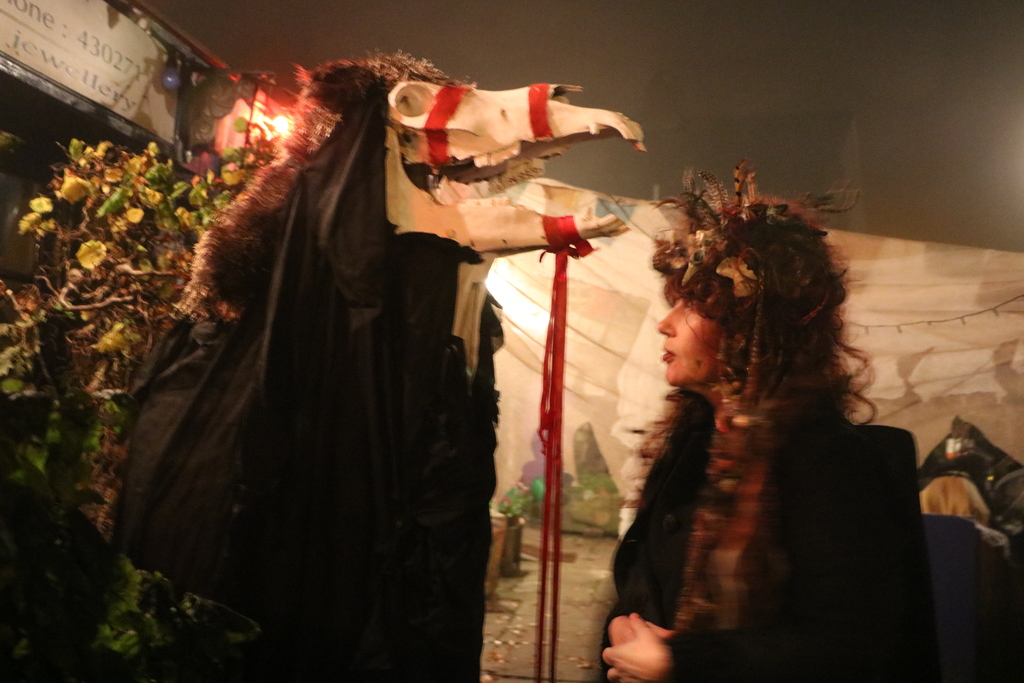 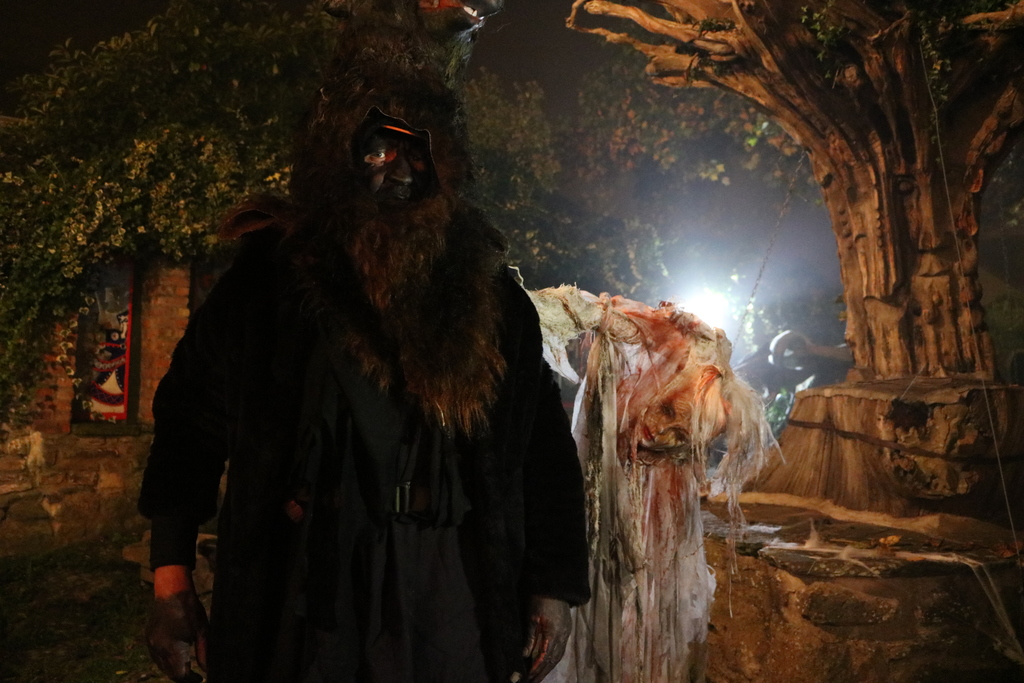