So the last few days have been quite manic and hectic as work on the Assembly started to really get underway.

British Council Presentation: I met lots of great theatre producers and enthusiasts who came along for a presentation at the British Council offices in Idabashi.  This was great as people got an overview of NTW and Assembly and were intrigued with NTW”s ethos and structure.  John arrived half way through and helped with the Q&A.

Had a great meeting at NNTT where Assembly was discussed in lot's of detail and I met the designer and stage manager, which was great.  After which went for some dinner with my assistant and translator. 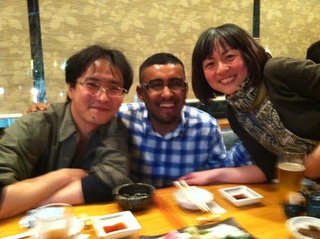 Went to check out the Tokyo Metropolitan Theatre.  Huge place!!!! 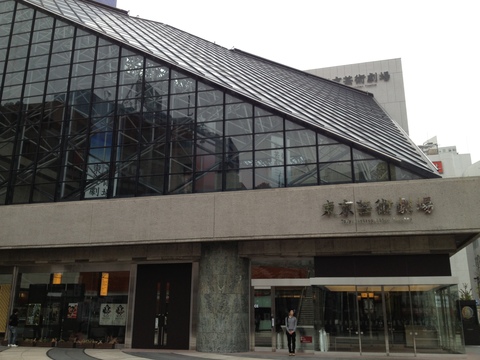 Went to the the Meiji Shrine. 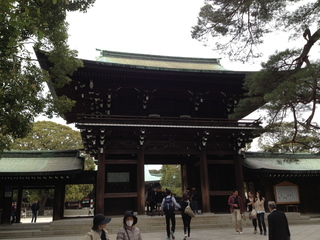 Came across a demonstration against Nuclear Arms outside Parliament buildings as I was a spot of sightseeing.  I found myself slap bang in the middle of it! 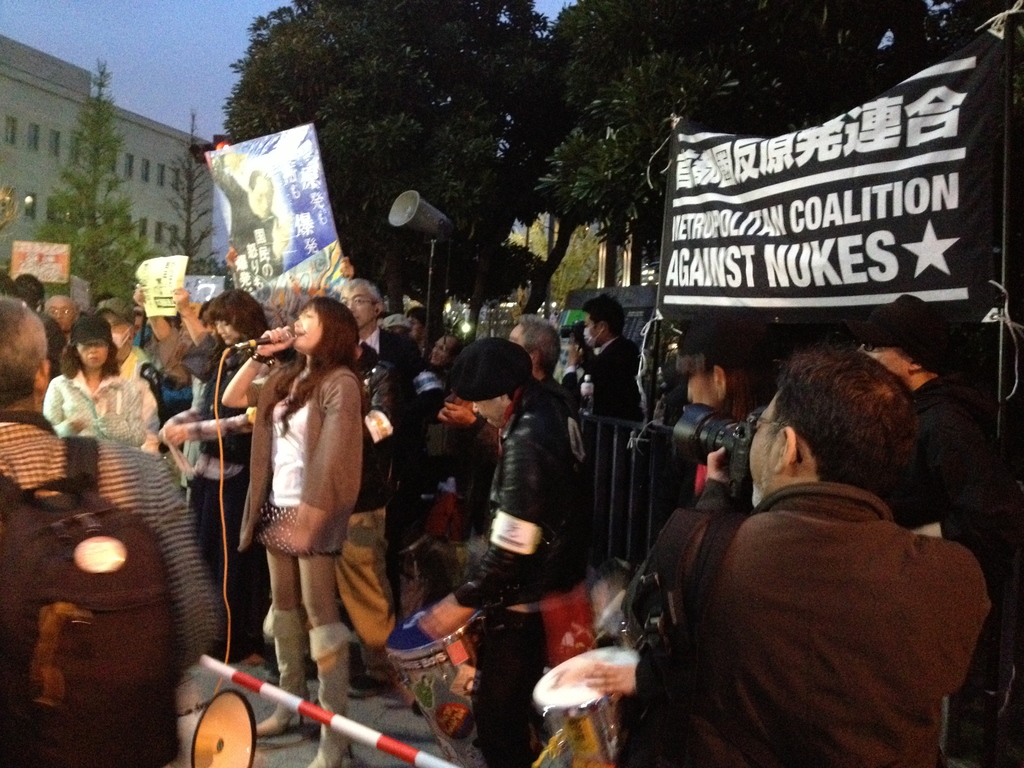 Got to see a run through of the show and really enjoyed it.  Although work to be done it was in a good place.  John and the team have done a great job.  Then spent the night waiting with Sam Scott from Massive Theatre (who happened to be in Tokyo) for John.  His meeting unfortunately didn’t finish till 11:30pm.  Sam and me on the other hand had a great night in a lovely Japanese restaurant, writing, drawing and pointing out food to order.

Sunday was quite full on – I went to a fringe theatre show at Komaba Agora theater.  Met with producer, Yoko Nishiyama and Kunihiko Tano who delivers workshops and community projects.  I also had a quick conversation with the director and one of the actors, which was nice.  Coincidentally ran into one of the Assembly performers, she took me to lunch.  Although her English wasn’t great and my Japanese still has a way to go, we managed to chat!  I then went to Yoyogi park where I saw some interesting but quite random things that they call ‘Costume Play’.  A ritual that happens on Sundays, where some people don interesting outfits and come out to play!

These Elvis dudes really having a good time: 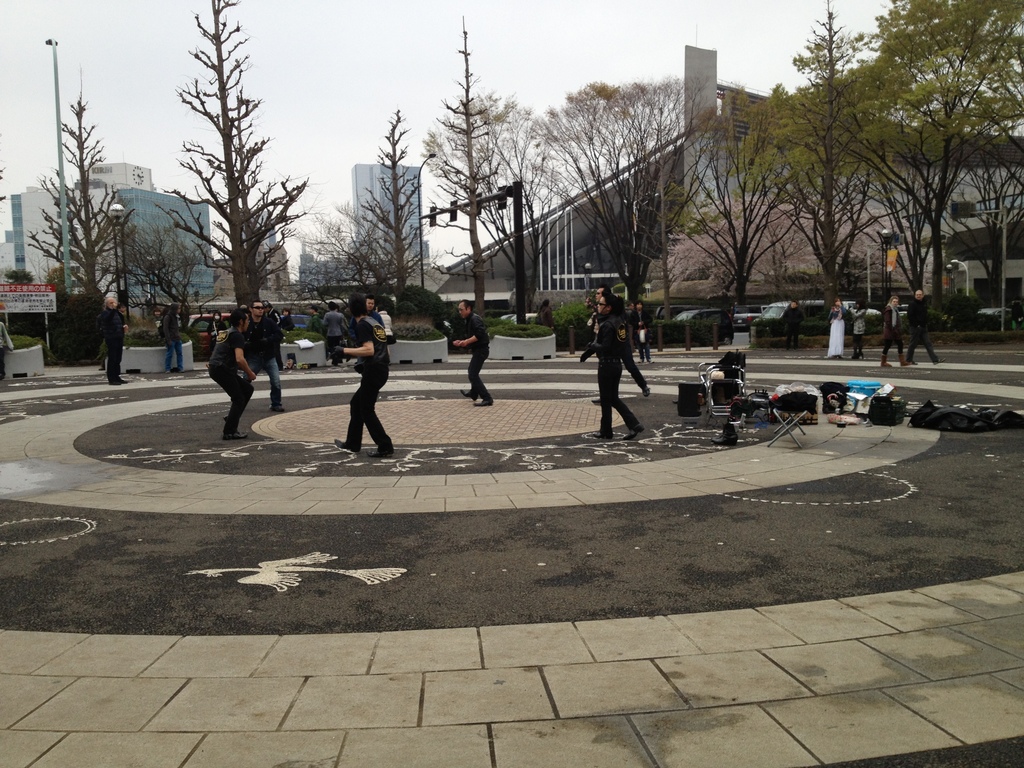 And this lot really ging for it! 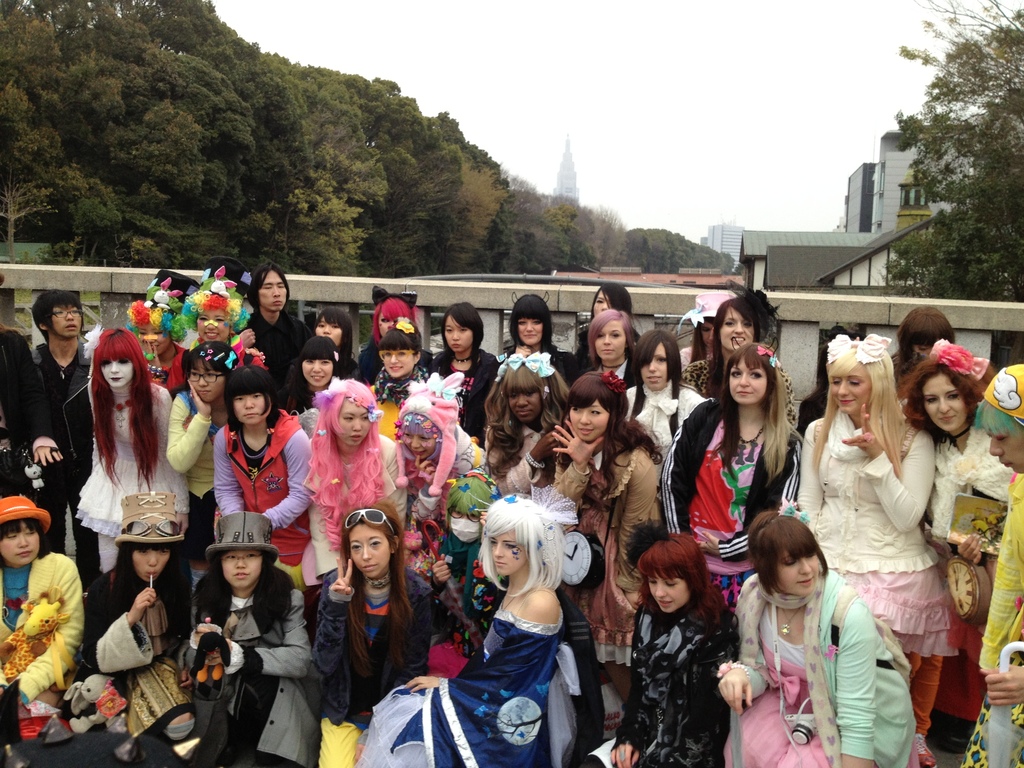 I then went with the translator of ‘Opportunity of Efficiency’, Kaku, to East Tokyo (downtown) to a great little paper shop,

Douchi Dou, where they use recycled material to make all of their products.  We also went to a community space,

Kosumi Tosho.  I also learnt that this was the lower part of Tokyo and man-made, 300-400 years ago.

I met with various people and groups including:

A professional facilitator who works for Fujitsu and leads on various businesses in community initiatives – Harada Hirokazu.

Satoko Fujisawa who works for Asahi Beer who have a community garden/ space in Osaka.

Kenta Fujiwara, Satoshi Kawaguchi and Aya Ito who run Next Nevula Extra Support, interesting arts development and business company.  They are helping me to make some videos on Thursday around Tokyo.

I spent a lovely Monday evening with some guys who run a community arts project called Arts Link in the North-East of Tokyo.   They have some great projects running including looking after and delivering workshops in this amazing old house: 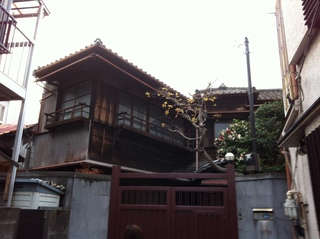 They also should me the burial site of the founding Shogun of Japan: 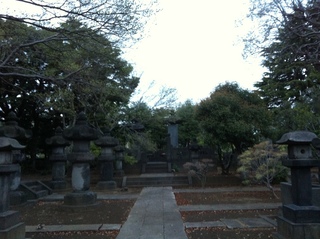 Work has started in earnest to make this Assembly interesting, diverse and engaging.  Tomorrow I think it's time for a day off and some shopping for Kimonos and gifts.