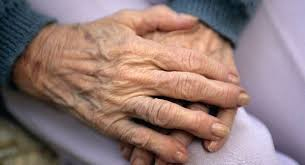 I have included an extract from another play that will have a rehearsed reading in the near future. The play tells of Ambrose, in his late eighties, who is dying in a Welsh hospital. Appalled by his treatment because he believes he has been lying in bed for far too long, he understands he is being slowly poisoned by the morphine that has been injected into him. He starts to hallucinate and is conscious of all and remembers incidents from his past long forgotten. He knows the old are ignored in hospital  and are not treated well and, as his anger grows, an unexpected visitor appears by his bedside: Claude Rains, the old Hollywood actor. He ecourages a strange conversation with the dying Ambrose. . .

Ambrose:   I doubt if she could spell myopic. It was clearly marked on the tag on my wrist that I was not to be given aspirin. The bleeding would never have stopped.

Claude:   It was an oversight. These poor dears are run off their feet. Did you not hear what I said to you earlier, Ambrose?

Ambrose:   Yes. Thoughts are what matter the most. It is not how you are perceived by strangers. I understand that in a way. There is not so much darkness around me as there once was. Look, there are rat droppings in the corner. I can just about see them because my eyesight has never been as sharp as this.

Claude;  You should not be so disgruntled.

Ambrose:  It gives me much pleasure to speak like this because I have not spoken with anyone for days. I hated the solitude. Nurses, when they worked in hospitals years ago, it was pleasure to be ill then and have good food, always spoke with you and they laughed. This lot today do not know the meaning of the word laughter.They feel it beneath them to see that a patient has dignity.

Ambrose:  Do I have to spell it out to you? Common courtesy! People have lost the ability to speak out because they are in fear of offending people. I speak as I find. I would hate to be a child born today because so much has been lost.

Ambrose:    Bullshit! I was in terrrible pain, Claude, and they would not take that damn catheter out. I could feel the water going back into my body. That is how I caught this infection. Surely, they knew what was happening. I had not be moved in the bed for nearly a day. My backside was raw and I needed relief. Perhaps they did not hear me because my words were so quiet. What would have happened if I had complained?

Claude:   They would have made it worse for you.This calamity killed you in the end.

Ambrose;   And never seeing the matron. She was as scarce as seeing a policeman when you need one. I see the same scene differently now as the doctors spoke of me as if I were not there. Do not resusitate. There were people behind them that I knew and I could not see them because their faces were indistinct. That tube should have been taken out of me, Claude. The pain would have ceased if it had.

Ambrose:   What do you mean by that?

Claude:  You have been turned inside out, and it is the reality you see that diminishes your spirit.

Claude: (Laughs)  Them who ask no questions are never told any lies.

Claude:   You speak with me because of what has occurred, Ambrose. The reality you perceived changed because of the peace you now see.