Hot Gossip and Cosy Café are just two of the brilliant, friendly establishments on Treorchy's high street that serve excellent lunch. The town has a bustling, exciting high street and you can pop into any shop and feel immediately welcome.

Chip shops are often bestowed with great pun names, but this has to be one of my favourites. The chips and hot wraps are also really good, so we found ourselves having more than a couple of portions while we were there. This is Simon and Me on our final night in Treorchy: 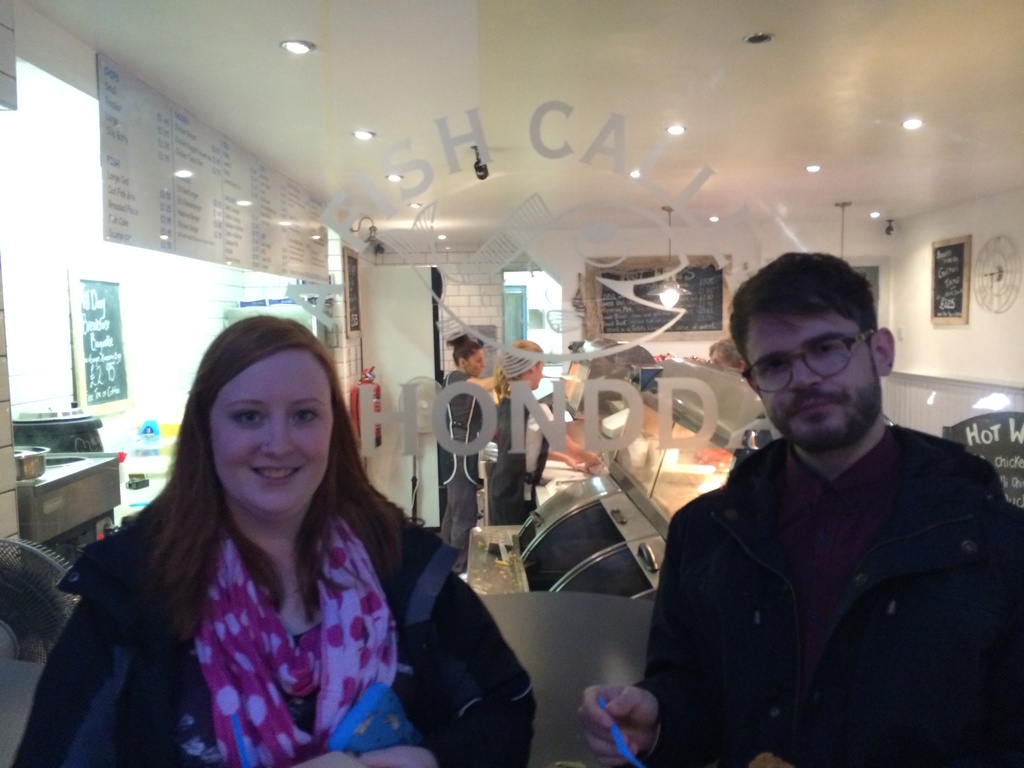 The Park & Dare's Assistant Manager Tom kindly agreed to be the online host for the Treorchy Assembly. During the broadcast he taught Simon Coates, Sarah Leigh and David Evans the Rhondda two-step. 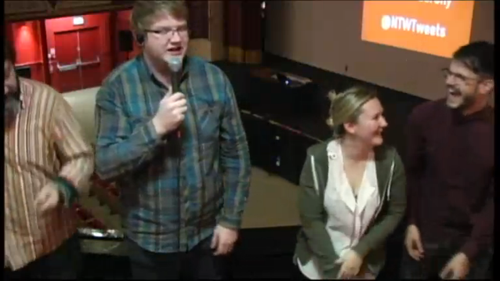 I really enjoyed getting to know the staff at the Park & Dare during October. They're such a great bunch of enthusiastic people, working really hard to run the venue smoothly and make audiences and visitors feel very welcome. We came in, took over their building, turned the auditorium into something entirely different, arranged a day of new writing which used almost every space available and they rolled with it, got involved and did an amazing job of looking after the audience and making sure everybody had a great time. Thomas even wrote a couple of blog posts about the residency.

When you get off the train at Treorchy, the first thing you see is a mountain reaching up above the town and marking out the edge of the Rhondda valley. I took loads of pictures of the mountain in all its seasonal appearances.

The show at the centre of our residency. Rachel Trezise's play Tonypandemonium turned the Park & Dare's auditorium on its head, rearranged the room and invited the audience to be between, within and around the action. Our fantastic creative team, cast, production and stage management brought together a fast, fun and powerful show that hundreds of people enjoyed every night. 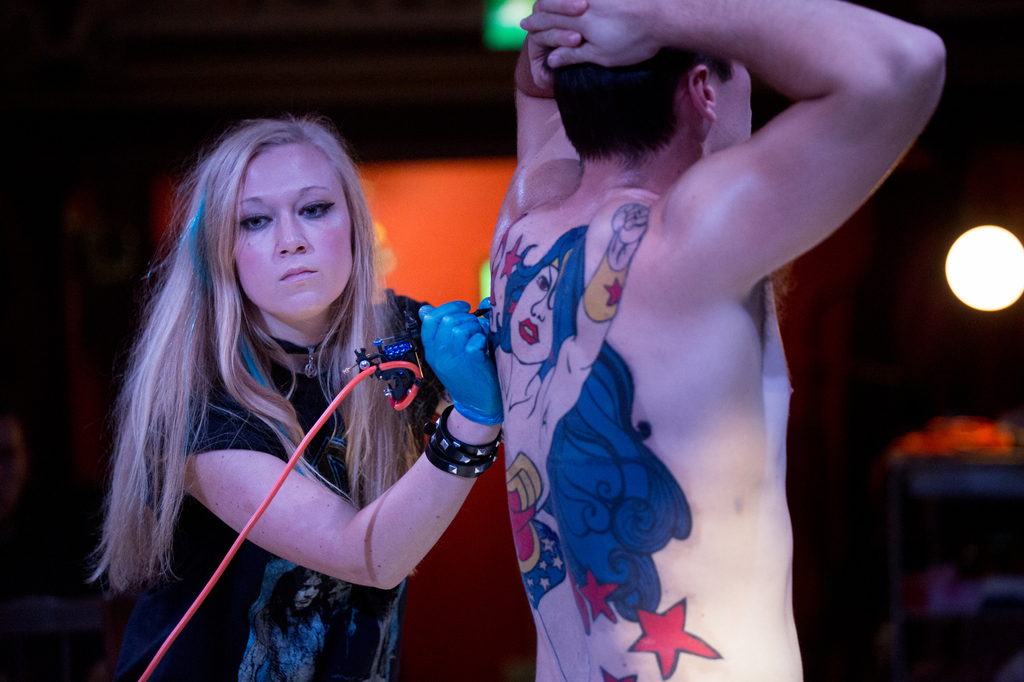 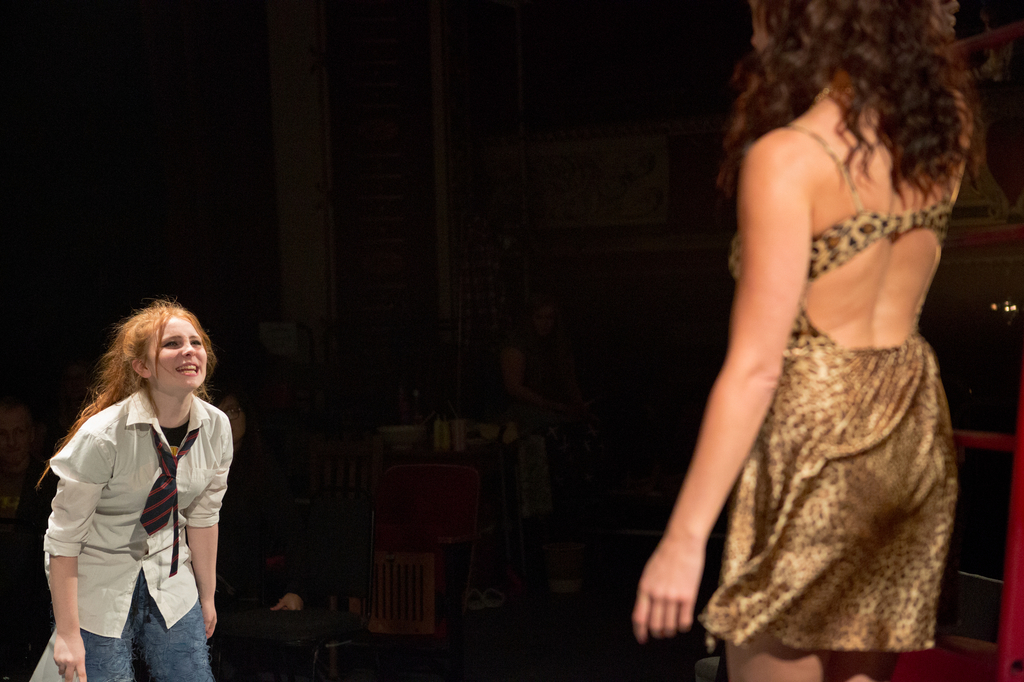 Our final event of the residency was an Assembly performance-debate event, inviting people to think about the local area and what it means to them. Artists took over the building, creating interactive installations, and the audience were invited to go on a journey through each space and take part in the discussion.

Upstairs, from the circle of the auditorium, another group of people were dispatching camera operators, co-ordinating our on-screen talent (The Park & Dare's Thomas Tudor Jones and National Theatre Wales' Simon Coates) and streaming the event live to an online audience who joined in via live chat. You can watch the online version of the Assembly here. 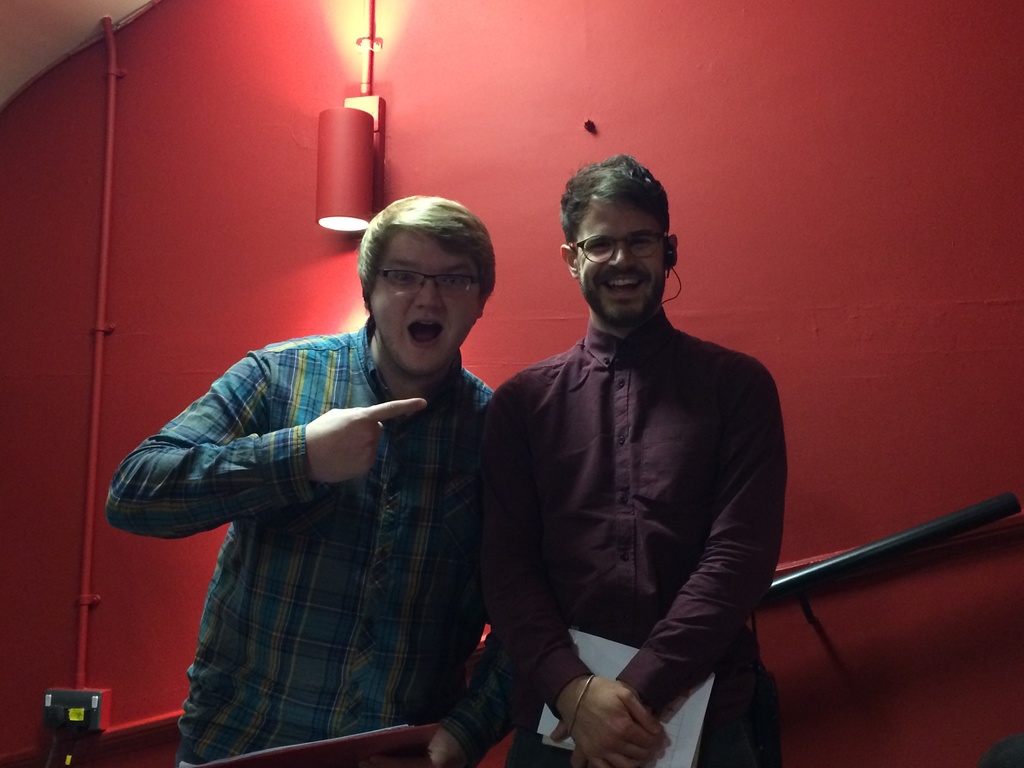 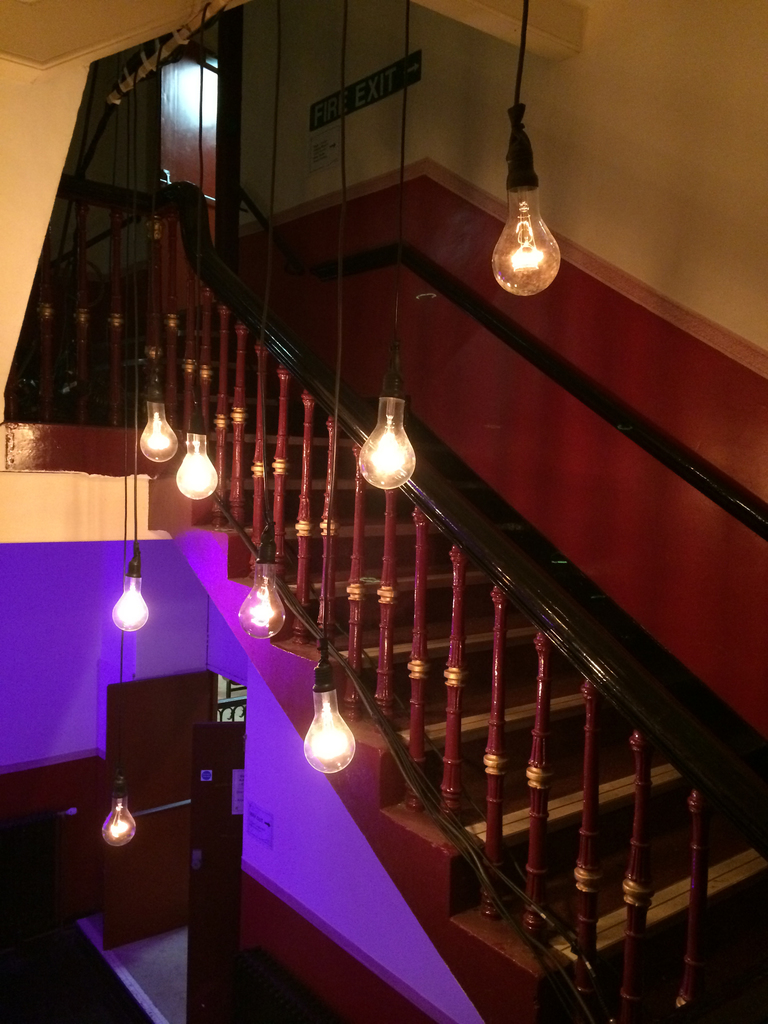 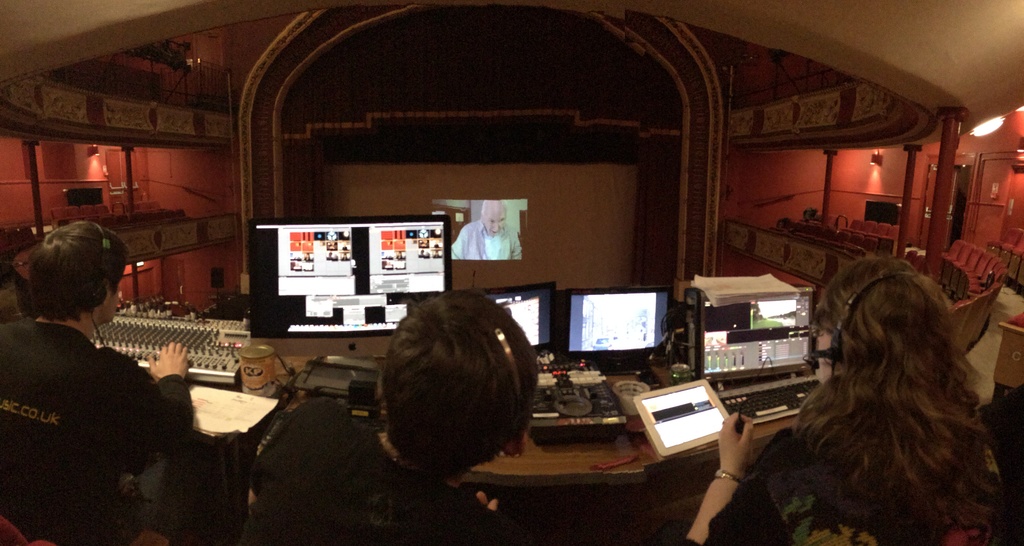 and last but not least...

The Park & Dare was built in the early 20th century by the local mining community. Each of the miners gave a penny for each pound of their salary to build the venue. It opened in 1913 (and our residency was part of the centenary celebrations) and has changed and adapted through the years to play host to a library, cinema screenings, amateur dramatic groups, a model railway society, music and dance classes, a bar, concerts and of course theatre performances in the magnificent auditorium. What a great place to spend a month! 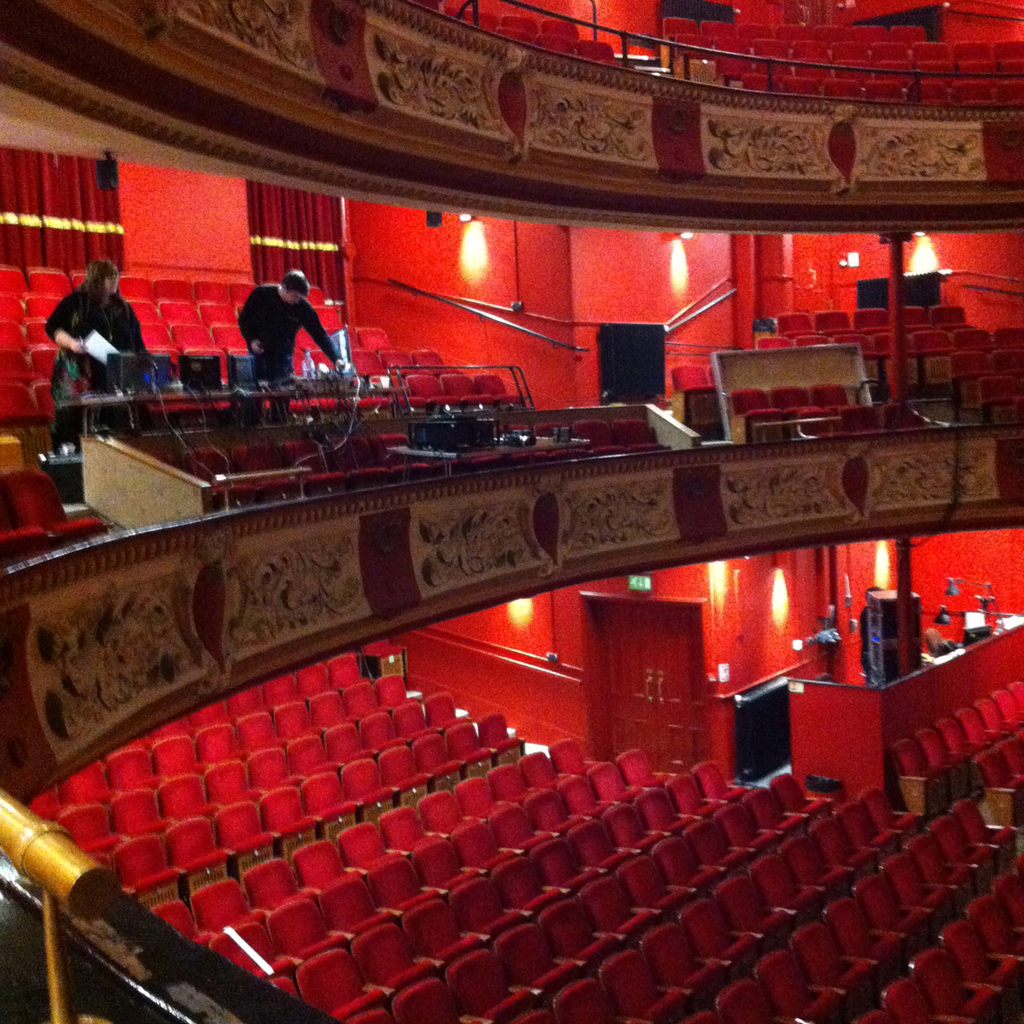 Love this blog!! So glad the Rhondda Two-Step had a mention! Missing you all!
x