Earlier this year they used Kickstarter to crowdfund their latest project, an app called Tiny Games. Described as 'thousands of real-world games, inside your phone', the app contains instructions for loads of different little games to play at home, in the office, in queues and elsewhere. Each game has brief instructions and includes digital versions of any dice, spinners or similar things that you might need.

When the app launched last week Hide & Seek invited everyone to be part of the celebration by holding their own Tiny Launch Party. We were thin on the ground in the office last week but we did have a go, and we played a game in which you had to collect 5 things to help you survive on a desert island - but you can only collect things in the office and you only have 30 seconds in which to do so.

The results were fun, and I particularly enjoyed Michelle's multifunctional umbrella which we figured could be used as shelter, a float, visibility and a weapon: 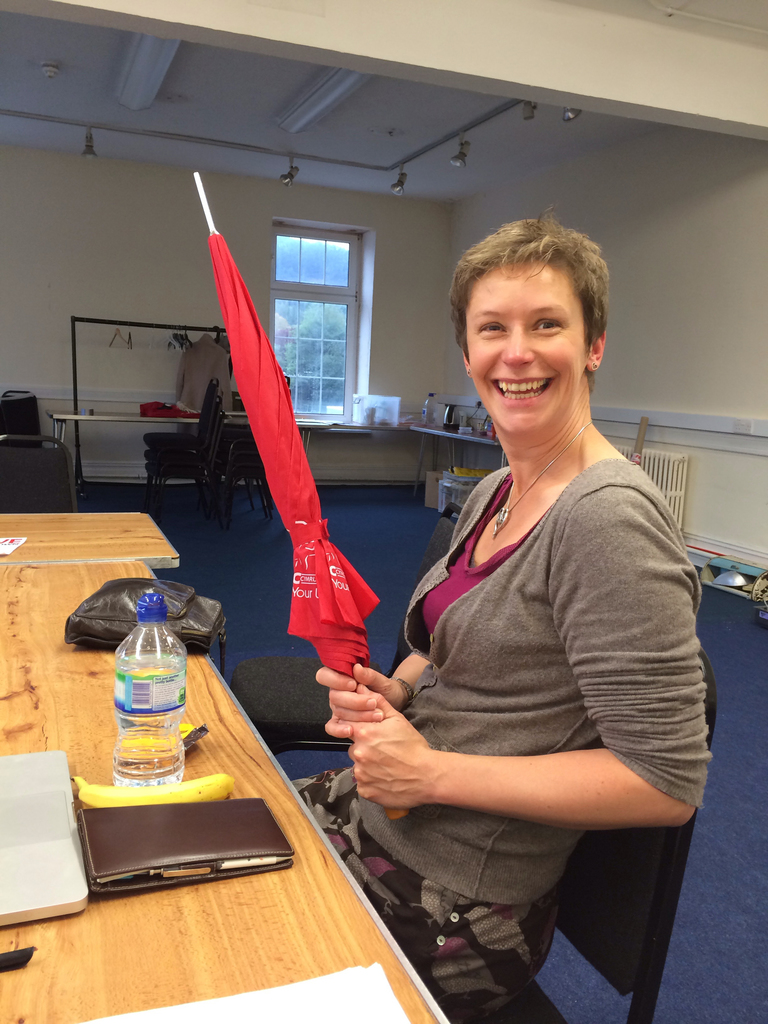 In the evening I tried some of the 'in the home' games, including this rather entertaining one in which you have to try to knock your opponent's spoon off their hand using only your spoon-holding hand: 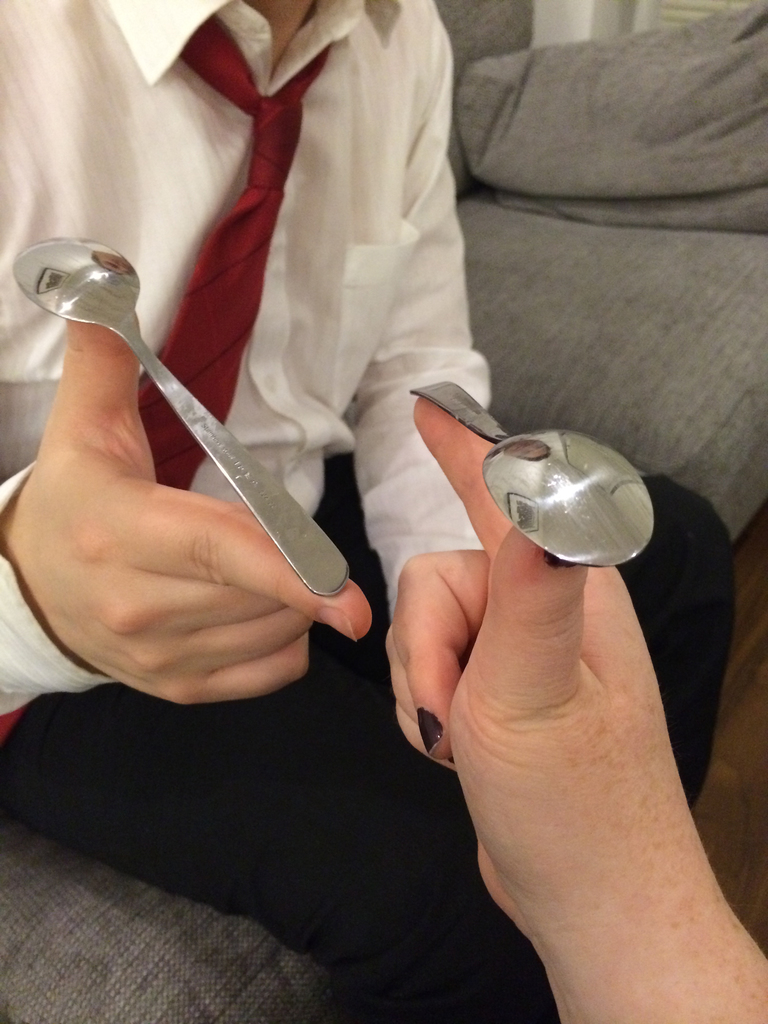 Anyway the app is lots of fun. It's free to download and play the 'Home' games and you can download the games for other places for a small charge.