Ballet originated in the Italian Renaissance courts of the 15th century. Noblemen and women were treated to lavish events, where dancing and music created an elaborate spectacle. In the 16th century, Catherine de Medici, an Italian noblewoman, wife of King Henry II of France and a great patron of the arts, began to fund ballet in the French court. Her elaborate festivals encouraged the growth of ballet de cour, a programme that included dance, decor, costume, song, music and poetry.

The author of this review originated mid-way through the 20th century. Given that we are someway into the 21st century it was time to catch up with the modern equivalent of the ballet de cour especially as some of his closest friends include someone who trained and also someone who taught at the Ballet Rambert. Ballet Cymru had put together what could be described as their ballet de cour which, in modern day terms, is a triumph for diversity.

Song and poetic prose were provided by Cerys Matthews in the first part of the show. Cerys, for those few who don’t know, is a bona fide national treasure in Wales who apparently spent much of her early childhood pirouetting in pink ballet pumps in front of a full length bedroom mirror. Now however in her well-accustomed singer / songwriter roles she is perfectly equipped to deliver her own unique sound live on stage to Ballet Cymru’s reprise of last year’s performance of TIR.

The Company’s choreographers, Darius James and Amy Doughty, used several of the songs from Cerys’s album TIR to create a unique work for the dancers. Given the nature of these songs each piece was different and must have placed huge demands on the choreographers and dancers. Some old favourites like Ar Hyd Y Nos, Myfanwy, Calon Lan were interspersed by arguably lesser known renditions of Ei Di’r Deryn Du?, Yr Insiwrans Agent and Bachen Bach O Dincar. In between songs Cerys demonstrated her apparently natural gift for storytelling and also introduced some of the songs to help understanding.

Each piece of music meant different challenges to the mood and form of the dancers, and their movement and expression. Compare Emily Pimm-Edwards’ portrayal of a brooding, soulful Myfanwy to a lively, childlike group routine to Migldi Magldi and Diasuke Miura's spell-binding portrayal of Bachgen Bach O Dincar. 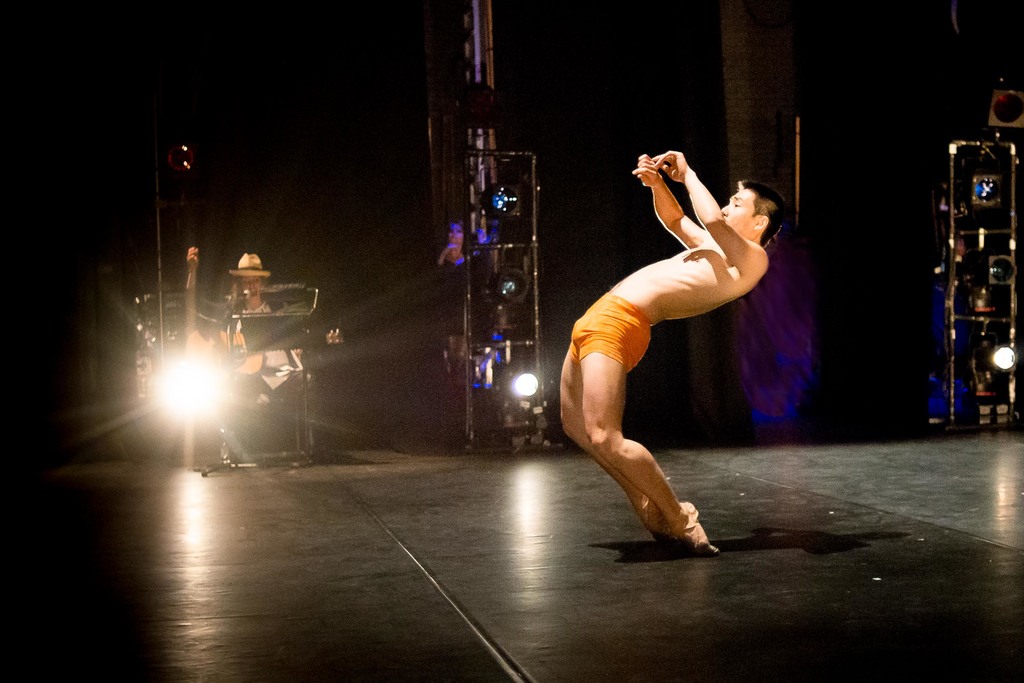 Those are just a few examples of the range and diversity the dancers brought to the stage. In every respect the group of dancers were excellent in the way they used movement to express the music and to illuminate human emotion and endeavour. All the dancers stood out in their individual and collective roles but one in particular caught the eye and that was Lydia Arnoux. Dancing with the feet is one thing but dancing with the heart is another and it was clear for all to see that she was doing just that.

In the second part of the evening Ballet Cymru teamed up with the harpist and composer Catrin Finch and orchestra Sinfonia Cymru to reprise work based on Catrin’s first composition “Celtic Concerto”. Before performing the concerto Catrin referred to a book of selected poems she had been given which had been written by Giuseppe Ungaretti and translated into English by Patrick Creagh. Several of the poems had been written in the trenches during the First World War and one of those was read by Catrin.  This poem had inspired Catrin to write Clear Sky, one of the numbers on her latest album Tides. As a prelude to the concerto Catrin and the orchestra played the moving piece to a hushed and reverential audience.

The concerto itself was played to perfection by Catrin and the orchestra Sinfonia Cymru. It was made up of three movements, Jig a Jig, Hiraeth and Solstice.  With tutus suitably adorning the ballerinas the dancing was more influenced by classical rather than modern ballet. Jig a Jig demanded and got a lively interpretation which emphasised the dancers’ vigour and athleticism. Hiraeth and Solstice were quieter numbers which relied more on poise, alignment and expression. 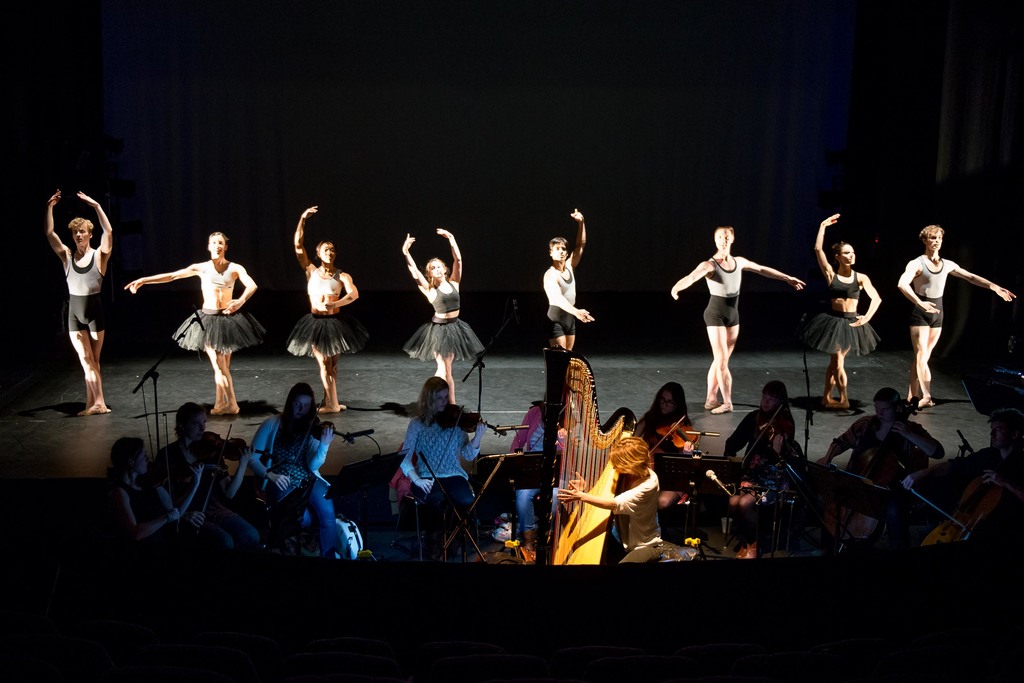 Edwin Denby, considered by many to be the most influential American dance critic of the 20th century, once said ‘You don't have to know about ballet to enjoy it all you have to do is look at it’. That is so fundamentally true, after all if we see a play do we need to see the script or if we listen to music or songs do we want a copy of the sheet music / libretto or lyrics / score?

Classical forms and the contemporary choreographic innovations of Ballet Cymru’s choreographers and its dancers intertwined to produce a masterpiece of modern day ballet that had universal appeal and was well received by an appreciative audience. An evening full of real diversity was completed by an iconic Welsh singer / songwriter, a world class harpist and an exceptionally talented orchestra. Last but not least a little bit of audience participation added to a sense of occasion.

Choreographers continue to create diverse styles of ballets, and ballet companies are giving dance audiences a wide range of experiences in the theatre, but it would have to be something really special to out-pointe Ballet Cymru