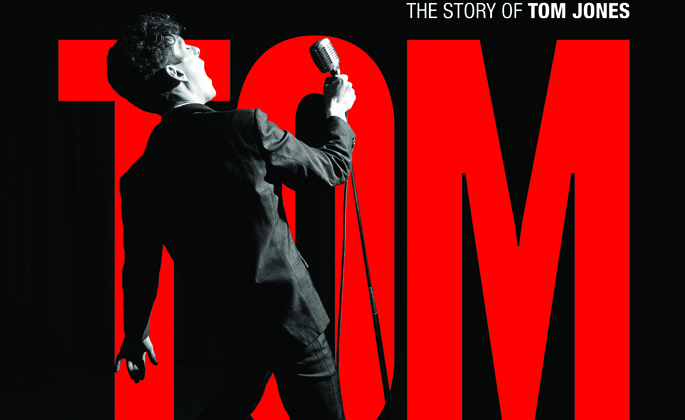 FROM THE VALLEYS TO THE TOP OF THE MOUNTAIN

Tom Woodward was part of an emerging culture of pop music in the 60s. Just like Liverpool and London the South Wales valleys had their own bands doing the circuits of the pubs and the clubs at smoke filled and alcohol driven venues, but unlike the circuits in England it was more difficult to make a breakthrough to the big time. The story of Tom Jones is about one man’s dream to become a star. Just like Jersey Boys and Buddy in concept in telling the story of the journey from obscurity to fame Tom goes one step further in delivering a musical drama that is far grittier and emotional.

The show chronicles Tom’s progress from his early involvement in being the lead singer in a band through to breaking into the big time when It’s Not Unusual reached number one in the UK charts.

Mike James has done a great job in writing the musical by identifying the key points of the journey and translating them to the stage. His story is driven by authenticity and portrays many facets of the 60’s period. It is a story that is told with great effect through a combination of a narrator, acting and songs. Much credit must go to Geinor Styles, the Director, but also to the rest of the creative team. The sets brought reality to the period, the music was appropriate and very well delivered and Tom’s movements were so much like the real thing that they drove some women in the audience into a state of near delirium.

Phylip Harries is the narrator who guides the audience through the journey to great effect with his clear diction, use of emphasis and his formidable stage presence. 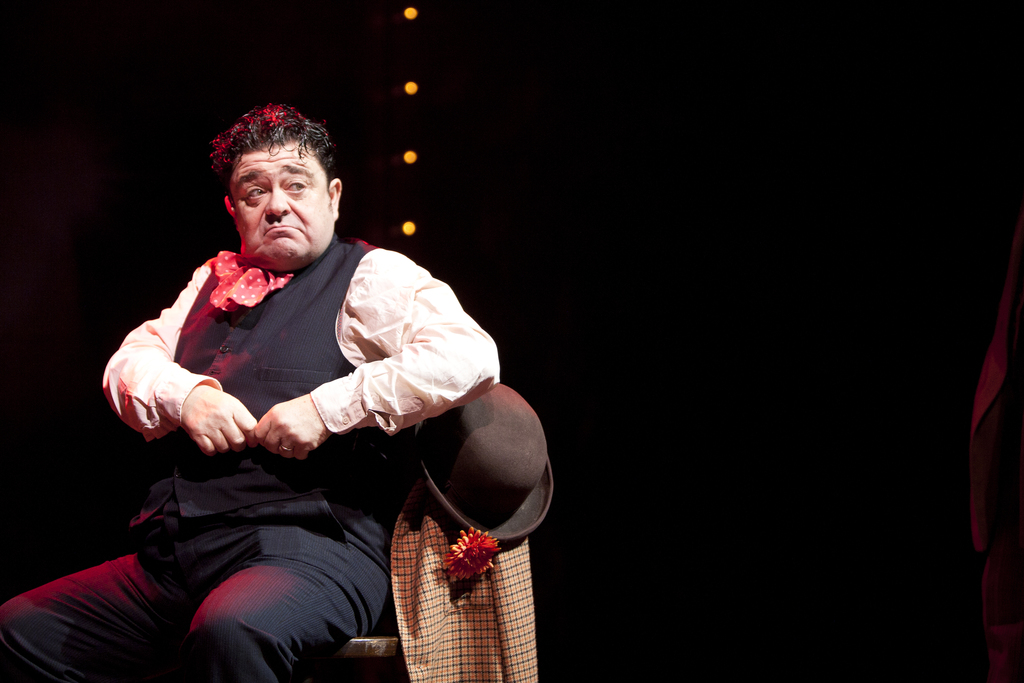 The right balance is struck between the story-telling, the acting and the music to allow a seamless journey through to the conclusion.

The story really begins when Linda, Tom’s girlfriend played by Elin Phillips, becomes pregnant and a decision is made that they should get married. Phillips sympathetically plays Tom’s wife bringing up their child whilst Tom is away with his band, the Senators, playing the field whenever the opportunity arose. This was typical of the groupie culture of the time. All through the show one had a certain connection to the character Phillips sensitively portrayed.

The star of the show, however, for obvious reasons is Kit Orton who plays Tom. He has the ability to sing rock numbers and ballads with no deviation in quality and his acting compliments his singing prowess. He has the responsibility for singing all the songs and each one is sung well.

His talents are particularly to the fore, for example, in his renditions of the Ben E King ballad Spanish Harlem and Ray Charles’s gospel and rhumba influenced Tell Me What’d I Say. He sings Spanish Harlem to Linda as his only ‘audience’ to close the first half. 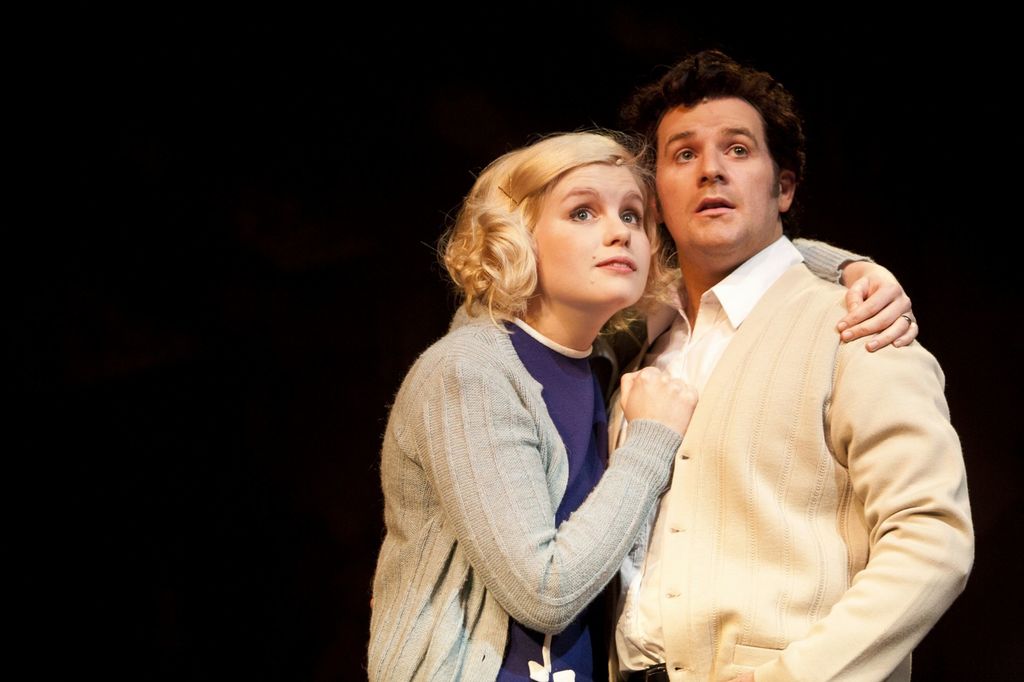 The second half opens with Orton singing Tell Me What’d I Say and displaying all the sexual innuendo in the song that made it widely popular and arguably one of the most influential numbers in rhythm and blues and rock and roll history. 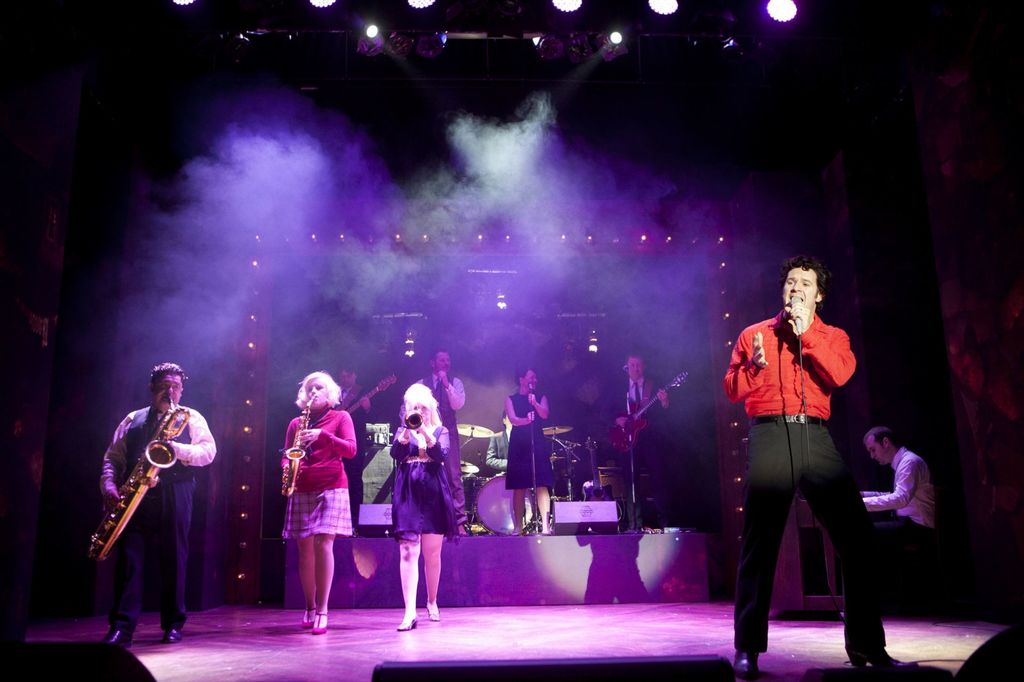 It was surprising to see guest performances by Olivia Colman as Linda’s Mum and other parts, and Paul McCartney as Joe Meek and playing rhythm guitar (right-handed?) in the band. On a more serious note (look-alike Colman) Nicola Reynolds was excellent in everything she did and it would be a hard act to follow for her understudy. Whereas Tom Connor (seen here in the band – second from the left) who played Joe Meek, one of Tom’s agents, was firing on both barrels and his sixties look in the band was amazingly accurate. 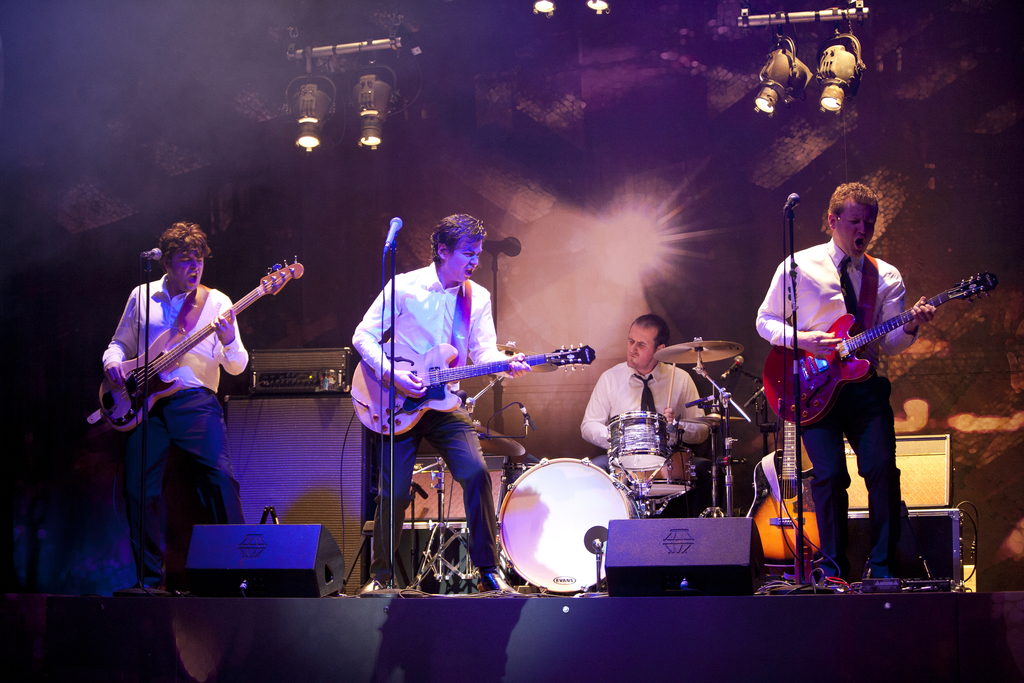 The other members of the band namely Daniel Lloyd as Mickey Lee (lead guitar), Kieran Bailey as Chris Slade (drums and keyboard) and Alex Parry as Vernon Hopkins (bass) were just as accomplished as musicians and in their acting roles.

Shirley Darroch as Jo Mills had a solid debut in a Theatr na n’Og production and Dean Read portrayed Gordon Mills, Tom’s golden egg layer, with real credibility as an immense talent but who was living on the brink of bankruptcy.

Altogether the show portrayed accurately and effectively how difficult it was for talent to achieve a breakthrough, but, as we know the breakthrough did finally come in 1965 with the release on the Decca label of It’s Not Unusual. The story should be an inspiration to all although one still gets the feeling that you have to be in the right place at the right time, but at least Tom had made it out of the valleys to the top of the mountain. 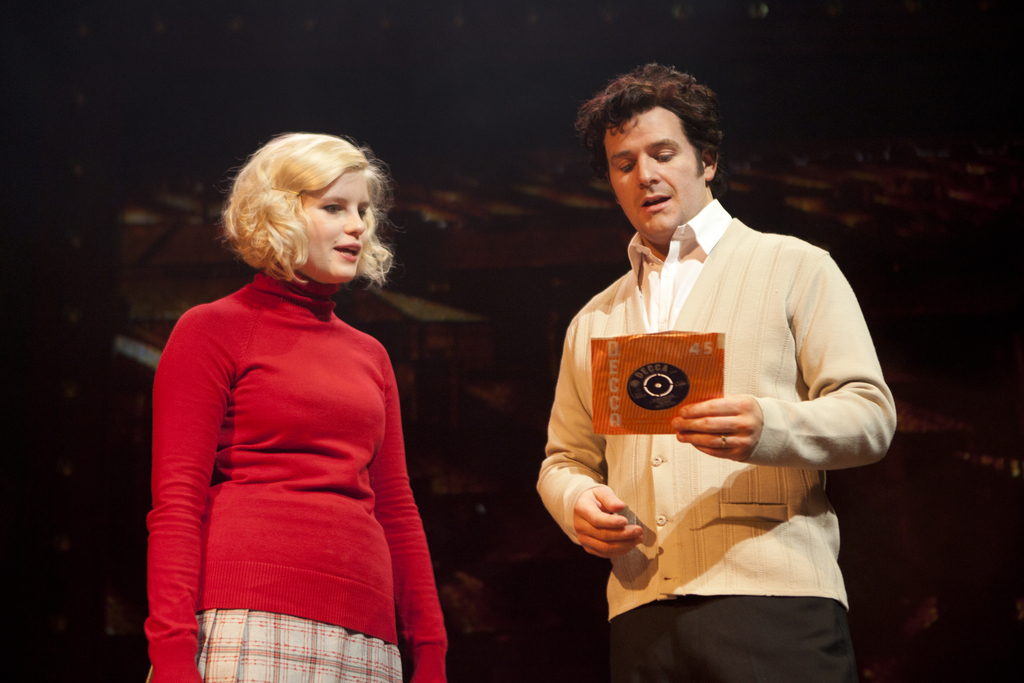 This was high class entertainment and a show that would grace any West End theatre. It’s Not Unusual when you have such a talented group of performers and a high quality creative team in support. 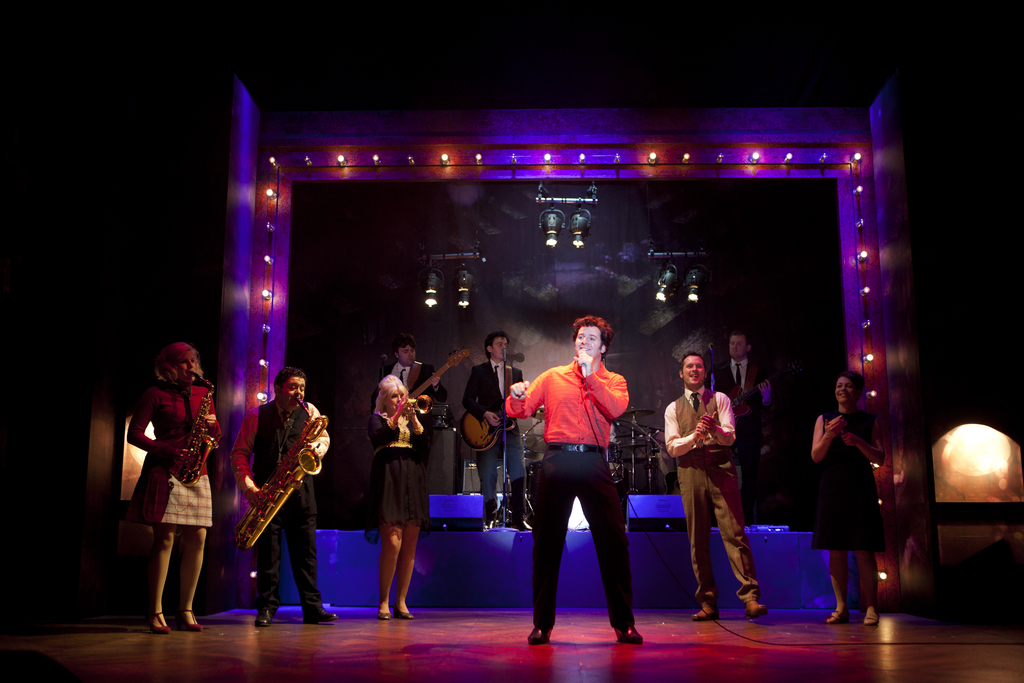