'United Artists against the cuts to funding for the Art' 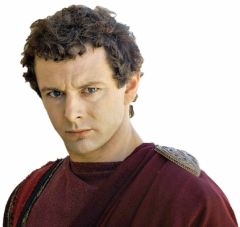 In the photo Michael Sheen as Nero.

Michael Sheen and other distinguished British stage actors have signed a letter to the British Government, to protest against cuts to funding for the Art.

Michael Sheen in the role of Nero would scream as his anger: "Don't you dare!..."...and would be right!

These cuts would hardly allow the survival of local art organizations, community theatre and youth groups. It's important to remember that many successful artists winners of Oscars, Bafta and Emmys have started their careers on these local stages.

As you can underestimate its value, how can you cut the wings of the Art?

I hope that the British Government see sense to this insane decision that would turn over in his grave Shakespeare and Co..