Our WalesLab project explored new technology as an integral element of theatrical storytelling for a family audience. The technology element was the specialty of digital producers Kevin Moss and Keeran Hawoldar.

In our very first meeting, Kevin and I talked about our shared love of narrative, and Kevin’s belief that augmented reality technology should inspire digital storytelling, and be an integral part of the process.

To that end, Kevin and Keeran wanted to explore their Shadow Runner programme, where computer-generated images are placed on top of a physical environment. They also wanted to try out marker-led apps for mobile phones (or, in terms I can more easily grasp: pointing your phone at a poster, and making cool things appear.) 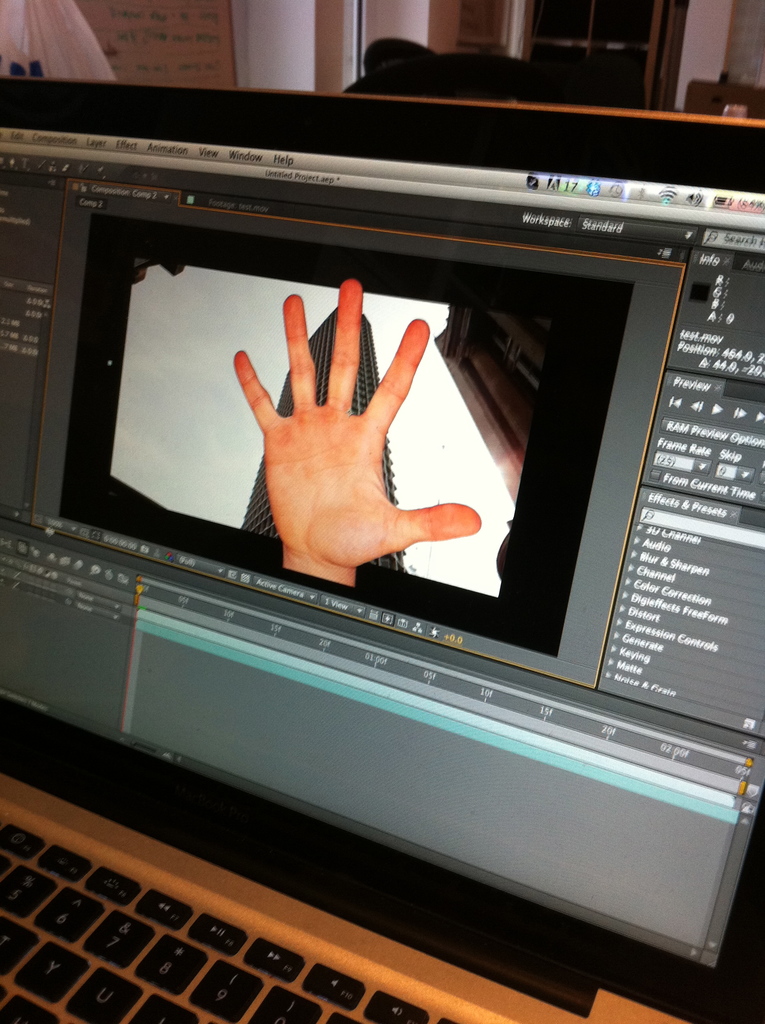 This struck me as having great potential in the fantasy genre, and fed into the initial premise: dwellers from the Otherworld (the realm of faery of folklore) invade a modern city. It also felt very theatrical, creating unique experiences for an audience, with potential for interactivity and breaking the fourth wall.

Kevin created ‘markers’ using posters, looking at ways that (for example) a face could appear within the poster when viewed through an iPhone - as if peering through a window from another world... Meanwhile, Keeran created a programme using Shadow Runner, where a human could interact with an 'Other', who would manifest on a TV screen: 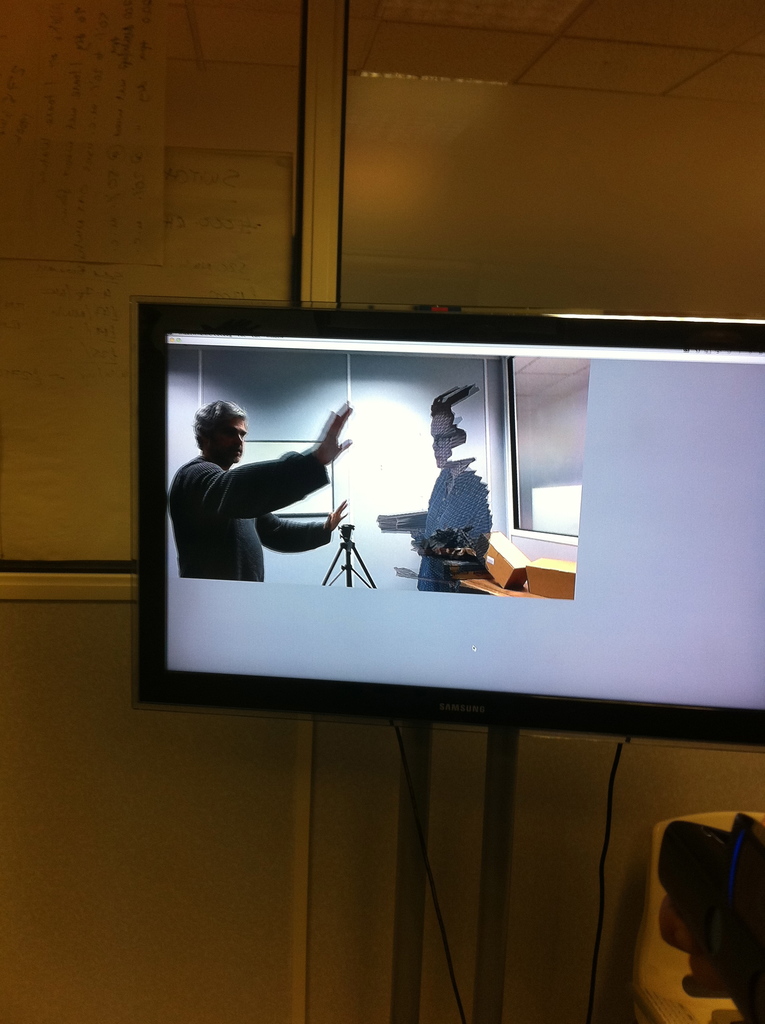 I started feeding all this back into the premise, and some interesting ‘what-if’s’ emerged:

What if these Others are using technology to break into our world? To create a bridge or gateway, to escape their dying world, and take over our own?

What if this takes place at a location containing lots of screens and technology? (eg: a warehouse for an electronics chain, a disused electronics factory).

What if our characters are a family of siblings, searching for another family member who has strayed into this Otherworld?

In the middle of the week, I wrote a short two-hander between a human character and an Otherworld dweller. On the Thursday, we brought in our brilliant actors, Llinos Mai (as the human) and Rachel Helena Walsh (as The Other – sorry, Rachel!) Keeran recorded the scene, then transformed the recording of Rachel into a digital 3D image. We could then 'stage' a sample scene, with Llinos simultaneously talking to thin air – and to a creature that only existed on the screen: 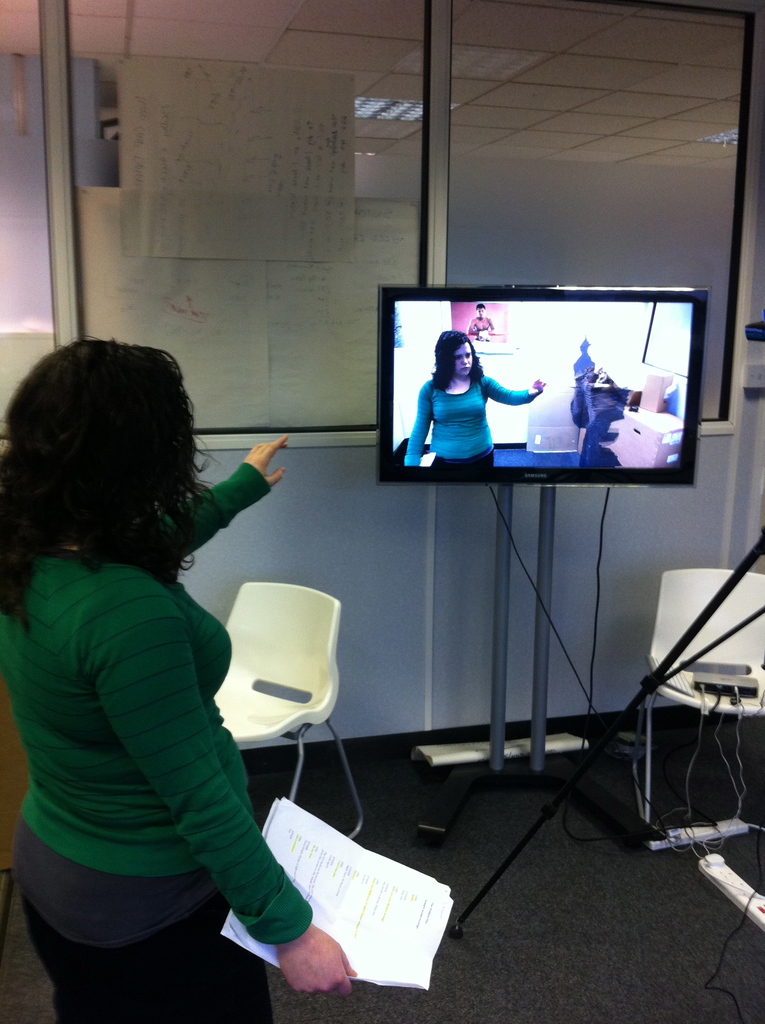 We felt the concept had really developed and opened up new ground by the end of our WalesLab – not least via the process of sharing our ideas at the end-of-project showback with a constructive and encouraging audience. It was a brilliant week, and a great opportunity for creative people from different disciplines to work collaboratively. 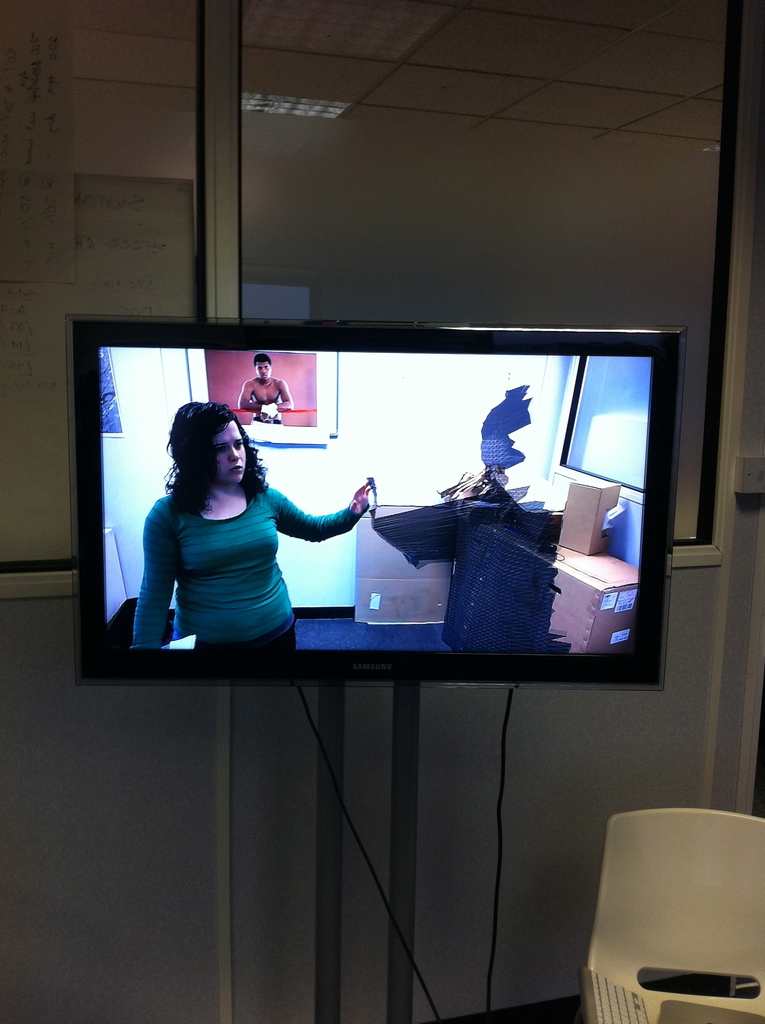