This afternoon I went to check out the World Stage Design 2013 exhibition, which is currently in Cardiff at the Royal Welsh College of Music & Drama.

Over 100 international designers from all over the world are represented in the exhibition, which includes designs (set, costume, lighting, sound and multimedia) for theatre, dance, opera and more in everything from theatre spaces to fields.

Simon Banham's design for National Theatre Wales' Coriolan/us from 2012 is featured in a lovely display with a model box of the aircraft hangar, alongside video footage and photography. 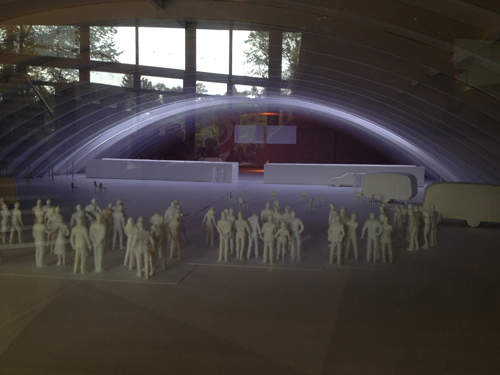 I love seeing model boxes, and there was no shortage of those to have a look at. A few of my favourites are below: 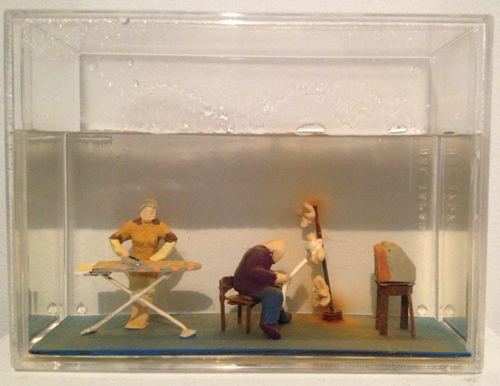 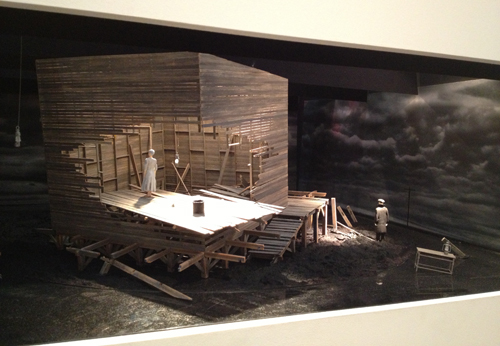 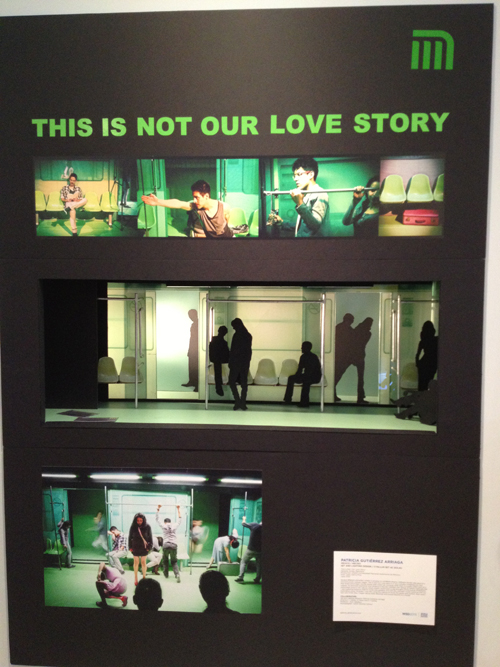 The methods of presentation were almost as interesting as the designs themselves in many cases, with work being shown immersively, as large moodboard-style wall panels, in their own little 'rooms' and as model boxes with surrounding image galleries. 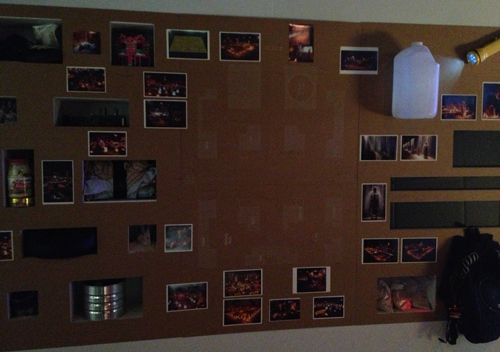 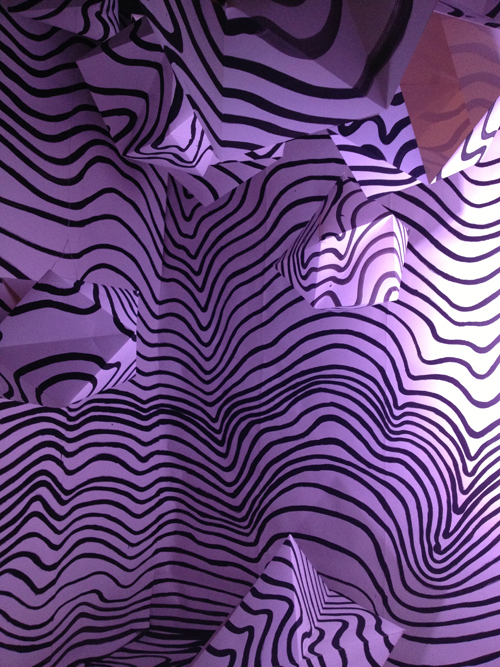 In addition to the main exhibition there are a number of 'carts' commissioned to be taken around the city and also stay on display in the foyer areas of the college during the event. These are mostly interactive, asking people a question, offering an experience or inviting contributions. Two of my favourites were the one asking people to confess their worst design decision, and the cartography cart which is documenting where visitors have come from. There is so much to do during this event, and so much to see that you can't possibly be bored or not find something to be excited about. Go and see!