21st Century Dinosaurs follows the story Oliver Jenkins, played by Chris Tally Evans, Edith Temple played by Lyn Street and Bob, played by Nureen Naz. The play follows Edith and Bob who openly discuss their visual impairments and embrace their situations. The character of Oliver is seen as a new comer to this life, exploring and questioning how the others are able to function in their lives.

An extremely moving and emotional piece of storytelling theatre that invites you to try to understand and to experience just how beautiful life can be without the use of sight. It reminds us just how much people can take for granted, I felt extremely moved by the ways in which the actors reacted with one another and how gracefully they examined each other. They spoke so openly about setbacks but also enjoyable situations, you really felt a special bond between Lyn and Nureen and I felt privileged to be an audience member, welcomed into their world.

I felt very drawn to Lyn’s character often reading braille on stage; this was a simple yet very effective addition to the act. Also the way in which Nureen’s character uses Muslim women traditions to protect herself was a very strong and powerful theme throughout. A complex play with multiple avenues to explore, I felt it really reached out to its audience whether visually impaired or not with an ensemble cast that you could feel were well rehearsed and respected one another.

An enjoyable play that really makes you think and absorb. I feel Chris Tally Evans has done a brilliant job in projecting to his audience that society has a blurred vision on disabled people and they should be viewed as, in his own words, superhuman heroes. I look forward to his future work. 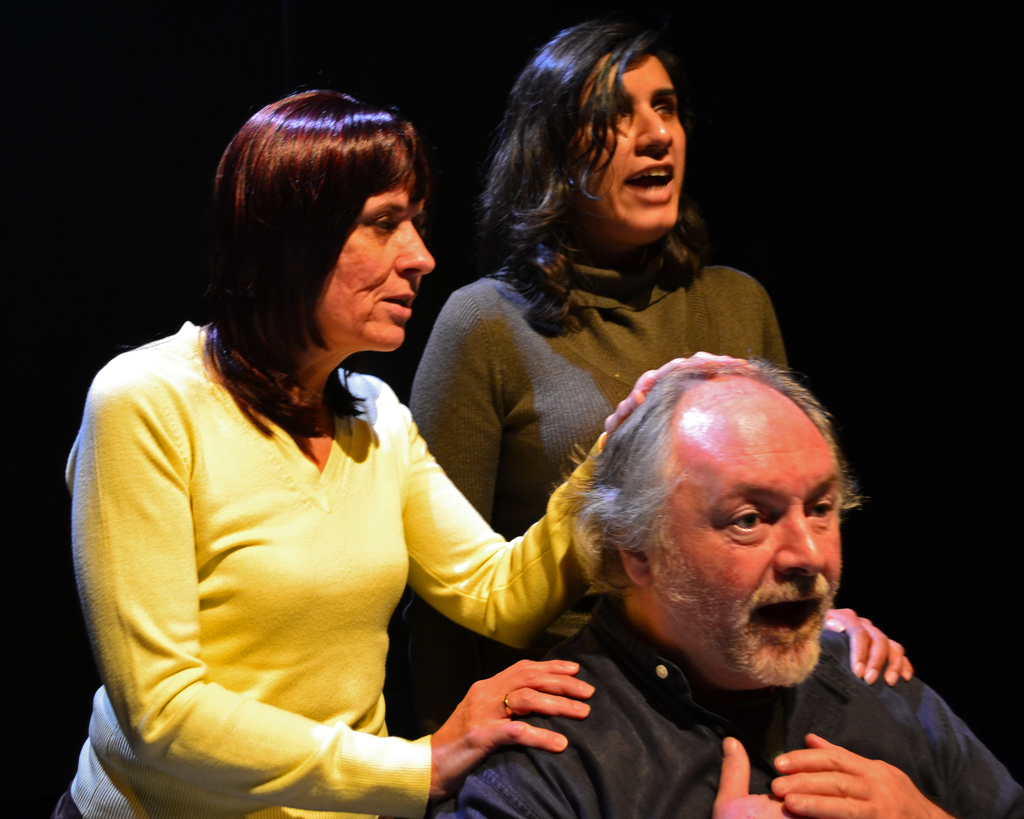 this sounds beautiful, disappointing that I missed it!