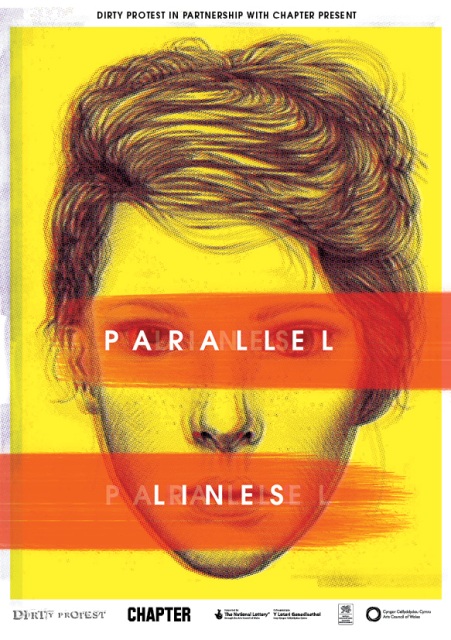 ‘Evil prevails when a good man does nothing’

On Thursday 21st of November I attended Chapter Arts Centre for the first showing of Katherine Chandler’s new piece, Parallel Lines.
As soon as I entered the theatre space my attention was immediately drawn to the intriguing way the set, designed by Signe Beckmann, had been divided into two and the contrast between the spaces being vast opposites. A clear representation of two stories, the parallel lines and our characters parallel lives.
The piece unfolds with troubled teenager Steph played by Rachel Redford, her unreliable, self-absorbed mother, Melissa, played by Jan Ander. Steph’s school teacher Simon played by Gareth Price and his wife Julie played by Lisa Diveney.
The story begins with the aftermath of an accusation that was never proven. We see the constant turbulent relationship between rebelling school girl Steph and her mother Melissa as they struggle to come to terms with their situation, both physically and mentally. These two actors managed to bounce off each other with such perfect chemistry, when they delivered their lines flawlessly with such a powerful passion and conviction you felt you were with them and involved in this highly emotional constant battle.
Running alongside this was the immaculately presented kitchen where we witness school teacher Simon and his also a school teacher wife Julie taking a positive approach to the situation that Simon has become involved in. However it’s not long before we begin to see cracks in this unified couple and issues of lies, obsession, anger, betrayal and guilt begin to rip them apart and it begs the question, was the positive route always just a front?
Fantastically written by Katherine Chandler and impeccably directed by Catherine Paskell, Parallel Lines is a gritty and heart wrenching story with an unexpected shocking twist that leaves you reeling and shocked to your core over the thought that sometimes your initial thoughts could be completely wrong.
I can’t applaud this piece enough and I would definitely recommend anyone to see it, brilliantly written and beautifully delivered. From the set to the actors the entire show was faultless; I didn’t feel ready to leave the story at the jaw dropping, powerful ending and I look forward to seeing what Dirty Protest has in store for us next.