The Wyre Lady of Fleetwood 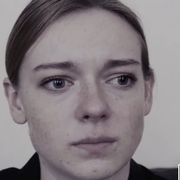 When his Dad's fishing loft is put on the market, Robbie is drawn back to his Fleetwood home where he is not the only sibling to have his eyes on the prize.  Watch as one of Lancashire’s famous sons decides whether to continue his career or find redemption in his family's eyes.

Follow the story from a holiday beach to a gritty fish dock, on Britain's Fylde peninsula where a family finally finds out if the sea is their friend or foe.  With the fishing industry on the decline, and the family's fisherman’s loft left unused, can their inheritance be saved?

Performed by a thrilling Cast: Julie Broadbent, Ian McShee, Bhasker Patel, Jo Phillips-Lane, Mabel Pritchard A critic for the Mumble Theatre website said of The Wyre Lady Of Fleetwood. “Providing something of a storytelling bonanza, it was so rich with characters that I found myself a little lost at times, but that just contributed to the fine levels of performances by all five participants.”

As the fishing industry faces its toughest hour, pleasure cruisers on the River Wyre float on by.

This show comes direct from its successful run at Brighton Fringe Festival.

RSVP for The Wyre Lady of Fleetwood to add comments!

Would love to hear any thoughts on this.