‘Peacekeeping’ and ‘The Filmmaker and The Organ Trader’

Asking4It Productions present a modern opera double bill for everyone who loves opera and for anyone who thinks opera isn’t for them.

'Peacekeeping' (45 minutes) - Is a multi-layered story about the trade in human beings in this beautiful psychological chamber opera for four voices, harp, oboe, cello and percussion. A Ty Cerdd New Music commission 2017-18.

‘The Filmmaker and The Organ Trader' (30 minutes) - A haunting electronic score evoking an industrial, transport and internal body soundscape. An unusual love story between clowns inviting us to delve into their dark, lucrative world of body harvesting and organ trading. A crowd funded commission 2016.

‘Peacekeeping’ a ‘The Filmmaker and The Organ Trader’ 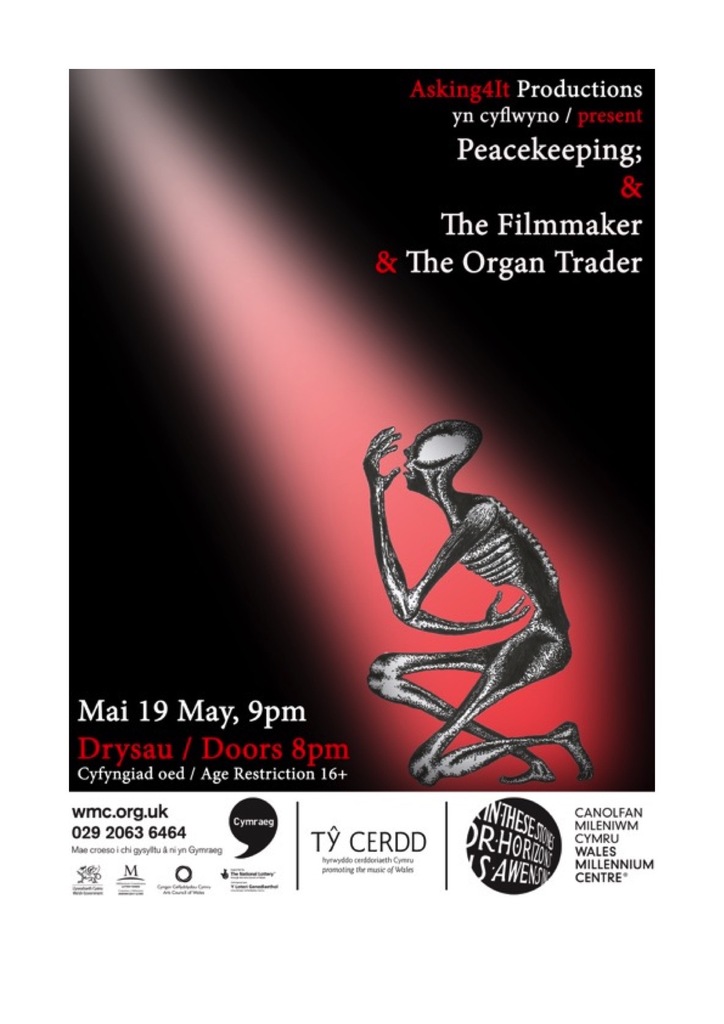 All proceeds from the night go towards the production of our risky and experimental Opera Natasha - A triptych - studies in experimental opera. Natasha comprises Shelter; The Filmmaker and The Organ Trader; and Peacekeeping. Come and support new writing, new music, new opera exploring aspects of slavery, the sex trade and trafficking in surprising ways... 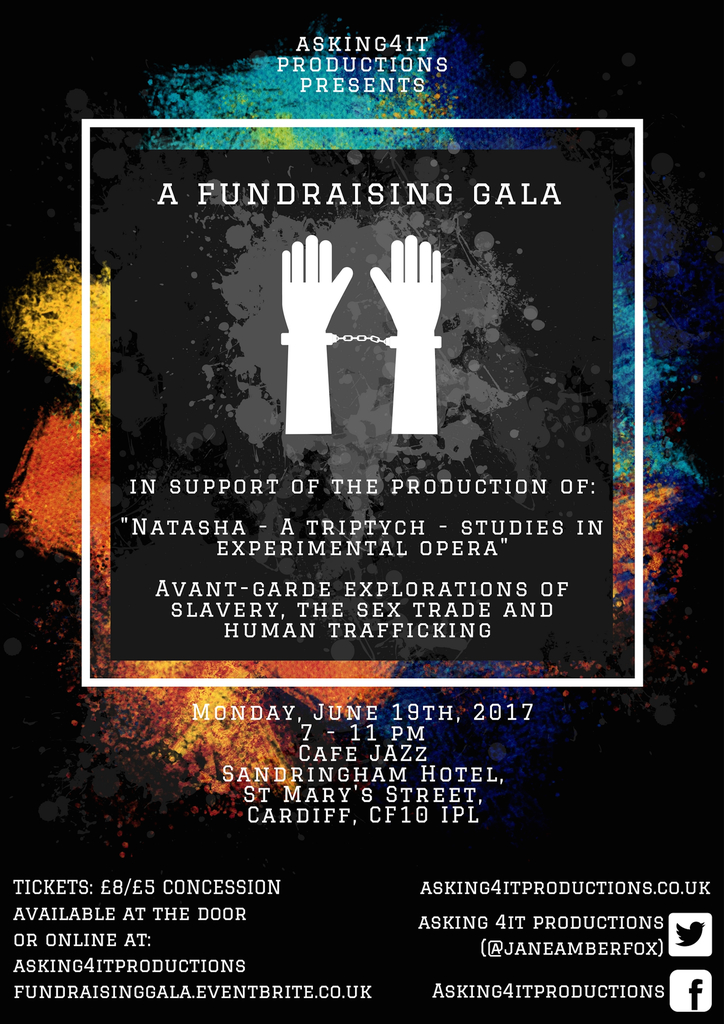 Please consider supporting our experimental opera NATASHA - A TRIPTYCH - STUDIES IN EXPERIMENTAL OPERA on http://startsomegood.com/Natasha. The campaign is open for pledges until April 14th. Thank you for your time 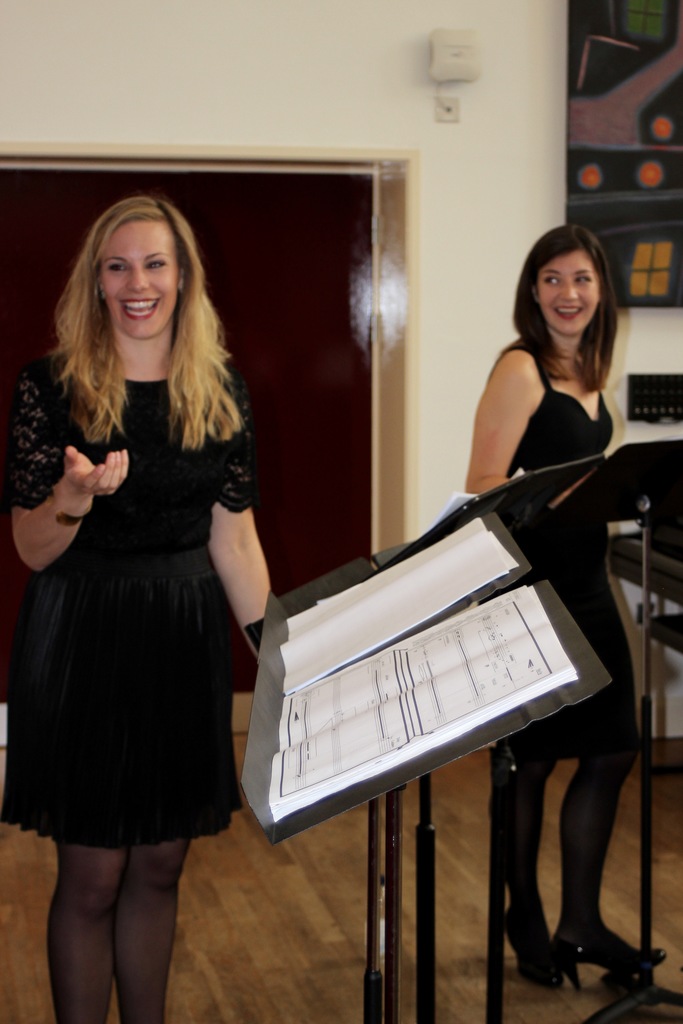 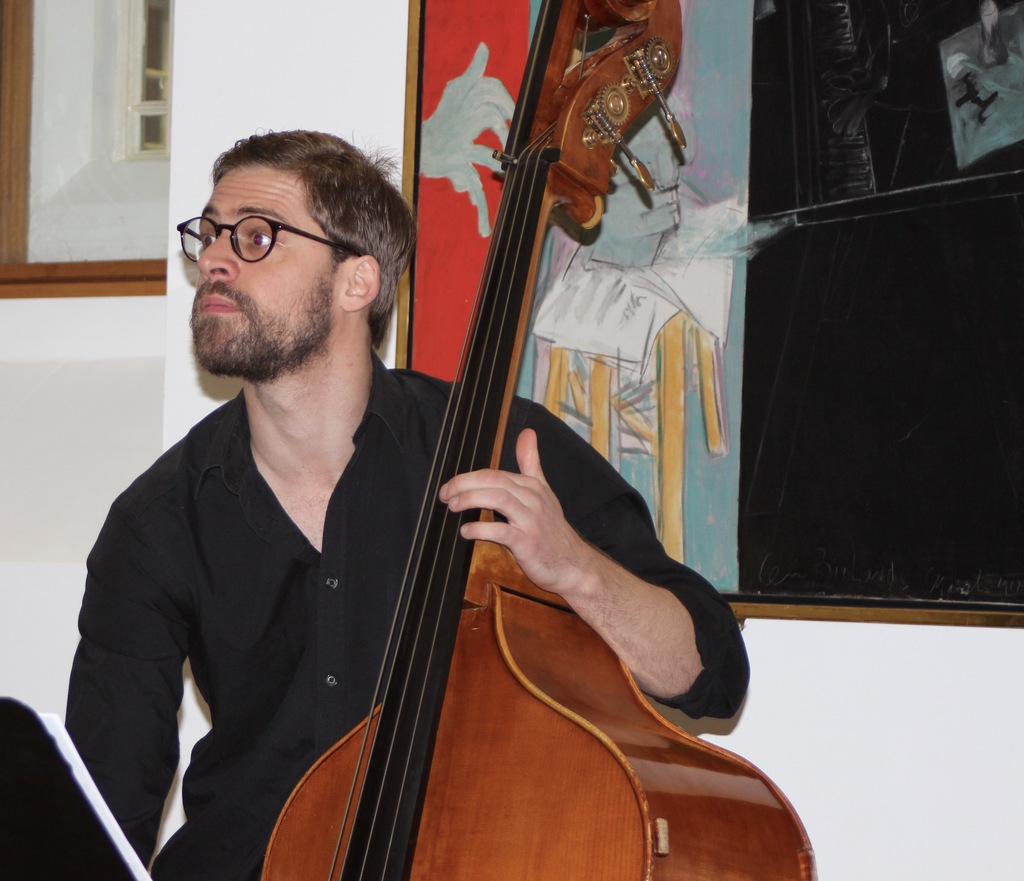 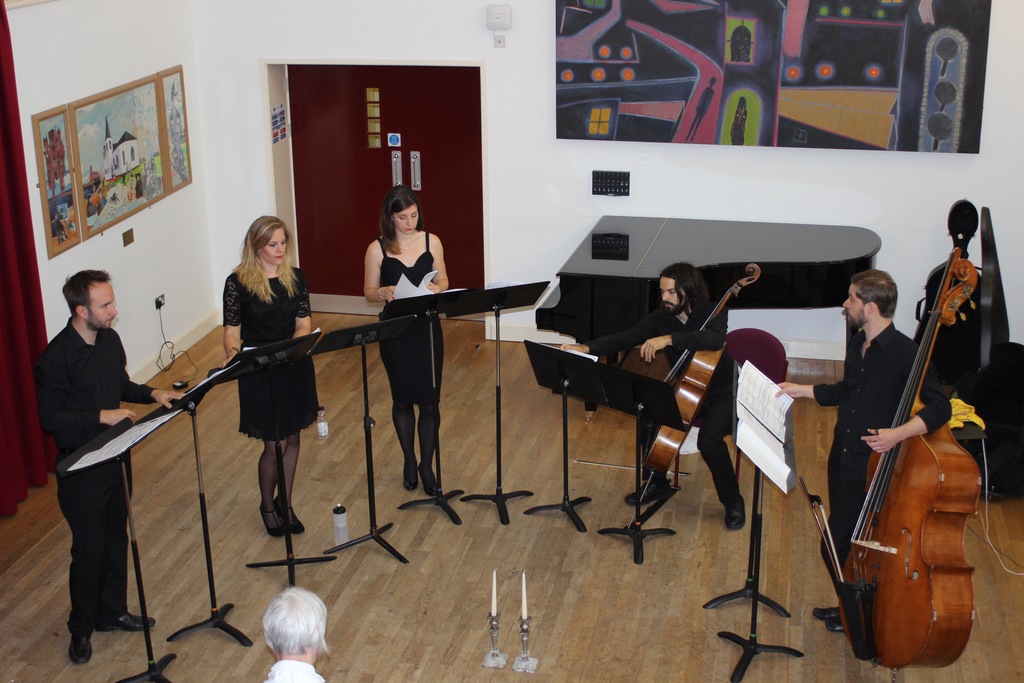 Hello, Here are some of the reviews for Shelter (Natasha) and a youtube link for the performance on 11th September at The RWCMD.

Shelter (Natasha) is a chamber opera lasting around forty-five minutes, dealing with the issues surrounding the abuse of a young underage girl. The libretto is by Jane Fox and the music by Ashley John Long; it was heard in a concert performance at The Royal Welsh College of Music and Drama on September 11th 2015.

The issues involved are harrowing and disturbing, but the work’s power often emanates from the quiet understatement and dignity with which its issues are presented in Jane Fox’s libretto. This is supported by Ashley John Long’s music which provides a strong ritualistic sense of dramatic shape for the horrific events that unfold.

The work is particularly impressive for the way in which opera is transformed into a new and intimate medium using three singers and a handful of instrumentalists including cello and the composer himself playing the double bass.

The music is not structured around the traditional devices of aria, recitative and ensemble but unfolds in large blocks of sound, including meditative passages based on Renaissance music. The result is akin to an intimate confessional in which events, emotions and conversations are recalled, sometimes with great violence, but also allowing the music to meditate and reflect on what has been heard. The result is impressive and very moving.

The Arts Council’s goals for the use of taxpayers’ money are excellence, innovation, diversity and reach. Shelter clearly fulfils the first two of these goals, and the support of The Welsh Arts Council for the research and development of this serious and compelling piece of work is amply justified. The material, which conveys the sensations of anxiety, oppression and fearful hope of a young woman and an older man locked in an abusive polygamous marriage, is both timeless and very current. The work would benefit from further development and production funding to support its delivery to diverse and numerous audiences.

The quality of the innovative creative work of Jane Fox (librettist) and Ashley John Long (composer) is outstanding – honest, fierce, sensitive and finely crafted. The piece combines two sopranos and a tenor voice weaving abstract musical sounds and tones with spoken voice and melodic musical line. The warp to the weft of the voices comes from cello, double bass and pre-recorded music and spoken words. The score is complex, intricate, at times densely textured and percussive with passages of purity of sound echoing Bach.

The audience attending the first performance was completely attentive, silent, absorbing the physical sensations and emotions of fear, terror, yearning, tragic incomprehension, childhood betrayed. The performers had clearly worked intensively in rehearsal to arrive at a relaxed, intuitive understanding of each other’s contribution in the piece so that listening, exchange, combination and opposition created a pulse, a rhythm, climaxes, recovery and ultimately a shapely resolution of the work. They are highly skilled young professional musicians.

Shelter is an exceptional piece of work, complete in itself and also promising a much greater exploration of important, uncomfortable material with social and political value and purpose.

Asking4It Productions are working on a new section of NATASHA (research and development for Shelter) this summer.

We are working towards production of 3-4 sections of the libretto in 2016.

R & D is supported by The Arts Council of Wales.

On July 27th we are holding our first workshop (10am-4pm). We have music composed for two scenes and are keen to progress with the parts for voice.

Scene One is set in NY and Tokoyo and Scene Two in a war/ peace-keeping zone.

We are looking for strong singers/performers comfortable with strong material.

Light vegetarian lunch, refreshments and experiment will be provided in a tranquil Cardiff location.

Please send expressions of interest to info@janefoxartist.com and we look forward to meeting, working and having fun on the 27th. 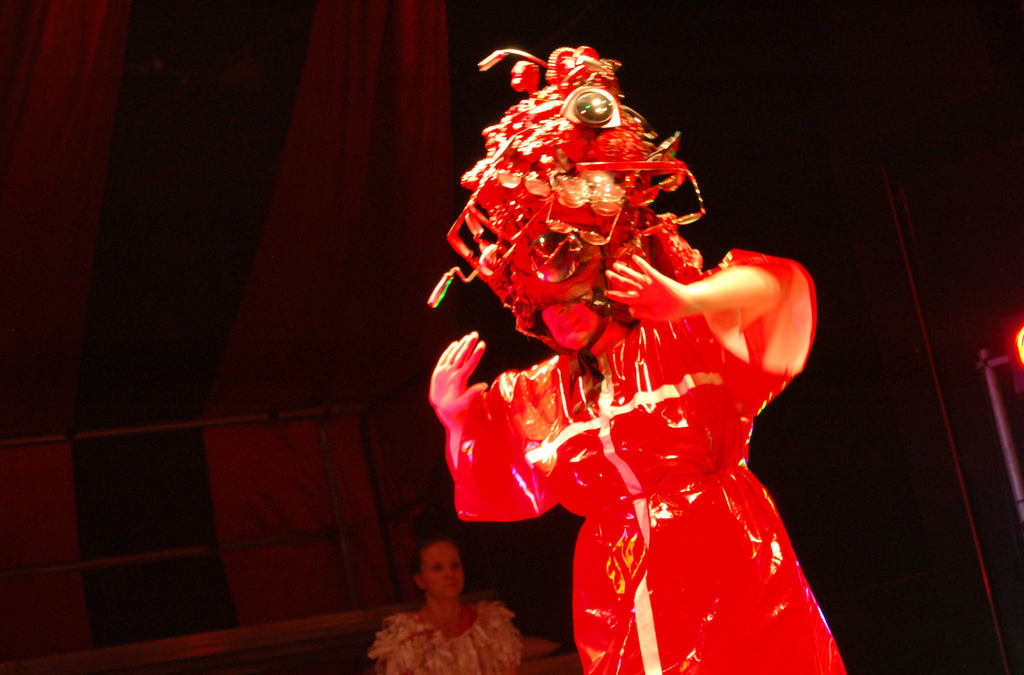