We're really interested in hearing from Actors who are Irish or of Irish Heritage based in South Wales for a project that is pencilled between the middle of February and the middle of March. This is a paid opportunity.

If you're interested in finding out more please send us your CV and HeadShot to lighthousetheatreltd@gmail.com. If you want to know more about us then visit www.lighthouse-theatre.co.uk. ;

We are looking for a DSM for a show in May which is touring small to mid-scale venues in Wales. It is a paid position. There will be one week of commitment at the start of April. It will involve being on the book during rehearsals, calling and operating the show, and supervising gets-in and out. A Full Clean driving licence and a knowledge of QLab would be really helpful too. If you are free and interested in finding out more, please send a CV and…

We're looking for applications from South Wales based actors (playing age 25-35) to play Wilfred Owen in a short tour of Wales in May. RP. Get-Ins and outs. If you're interested, please send your CV and Photo to lighthousetheatreltd@gmail.com.

Life in a Small-Scale Theatre - A Plea for Space.

Compliments of the season to you.

We were wondering if anyone out there might know of a storage space going for flats etc. We have the Shirley Valentine and Aberystwyth Mon Amour set looking for storage space and we were hoping we could find a convenient home for it.

If anyone's got any idea, could you let us know here or at lighthousetheatreltd@gmail.com?

Many thanks..and a merry Christmas!

This is the first time that I have attempted to produce two shows at the same time. It has its own challenges.

Hard Times is - obviously - a show on a larger scale than Bells of Santiago (which is ironic in itself, as its charm is its seeming off the cuff theatricality) but even then it has been great just getting people together.

Since last we posted, we have got our team of creatives together, we have cast the show, we have printed the posters and are putting the finishing…

We are approaching the end of the first week and it is amazing how much work this bunch have got through already.

It is a little odd for me as it is the first time I have not been 'in' one of our schools' projects; when I'm in the room, I'm desperate to get involved but am also shocked by how much appears to get done when I'm not around!...is there a reason for this...

A weekend to let things bed in beckons.

Life in a Small-Scale Theatre Company - Bells of Santiago (a request!)

Here's a request: does anyone have an old wooden ladder or step-ladder that we can borrow for this schools' project that ends on September the 15th? Adrian and Sonia x

In conjunction with Swansea Arts and Education, The Swansea Festival and The Welfare in Ystradgynlais, we are working on a new theatre piece aimed at Key Stage Two pupils charting the history of the famous Bells of Santiago - brought to Swansea after tragedy in 1863 and returned after tragedy in 2011. This is a new piece in our continued relationship with Swansea's Theatre-In-Education Programme. As well as a public performance in The Welfare, we will be visiting Pontlliw, The Hafod,…

Now, what I want is..FACTS!

We've loved this version for years and have always wanted to do it, and now with the collaboration of Pontardawe Arts Centre, the Arts Council and Ty Cerdd, we're giving it a go.

We're lucky enough to have on board the lovely Joe Harmston as director.…

We are looking for a Stage Manager to work with us on our forthcoming autumn projects.

We are doing a schools project for the Swansea International Festival from August 25th to September 15th and then an autumn tour from October 16th to December 2nd.

These are paid projects.

If you are based in South Wales and are interested in working with us this autumn, please send us your CV to lighthousetheatreltd@gmail.com and we will give you more information.

We are looking for a younger actor (roughly 20-35) to play the role of Hugh Lombard in Noel Coward's short one-act play Mild Oats for a one-off performance in August. Hugh is a slightly naive young man, let loose in the big city with big plans, but he is a little surprised with what greets him...

Experience in performing Coward advantageous and a base in Swansea preferable.

This is a paid opportunity.

Fancy something different this weekend? Why not download Dylan Thomas' Return Journey for an app with a difference?
Performance, Walking Tour and History Lesson, our promenade (2 miles!) Return Journey in the DT100 year was chosen by BBC Wales as one of the three shows of the festival, and was described as 'a sublime re-telling of the wordsmith's work' by the Evening Post. Now you can have it on your mobile phone.…

Got back from Greece to see this lovely article by Mark Rees in the South Wales Evening Post about Aberystwyth Mon Amour and our colleagues at October Sixty Six and Fluellen. An altogether pleasant surprise! Thanks to the Grand for helping us get it on.

Hi there. We are struggling to connect with the website, www.theatre-wales.co.uk. ;

Is it just us?

After ten years, we have done it! Aberystwyth Mon Amour is over but it was worth every minute. How lucky are we to have worked with all of these people?....is it over? Who knows? Watch this space.... 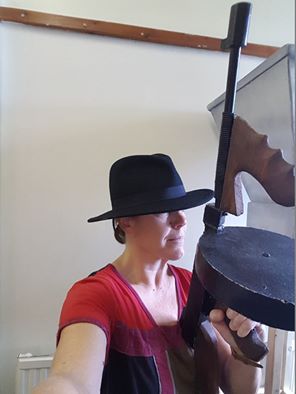 How did a Latin American revolutionary make it into this play?!
To find you you will have to come to see Aberystwyth Mon Amour! Opening at the Swansea Grand on Wednesday 21st September 7.45 pm.

Comrades the fight isn't over.....
SEVEN DAYS TO GO ON OUR CROWDFUNDING CAMPAIGN!…

We have just over a week to go and everyone is beginning to take shape.

No-one more frighteningly than the Old-Time Games Teacher of your nightmares, Herod Jenkins...

Just remember: 'there are no notes from your Ma on the rugby pitch of life'...… 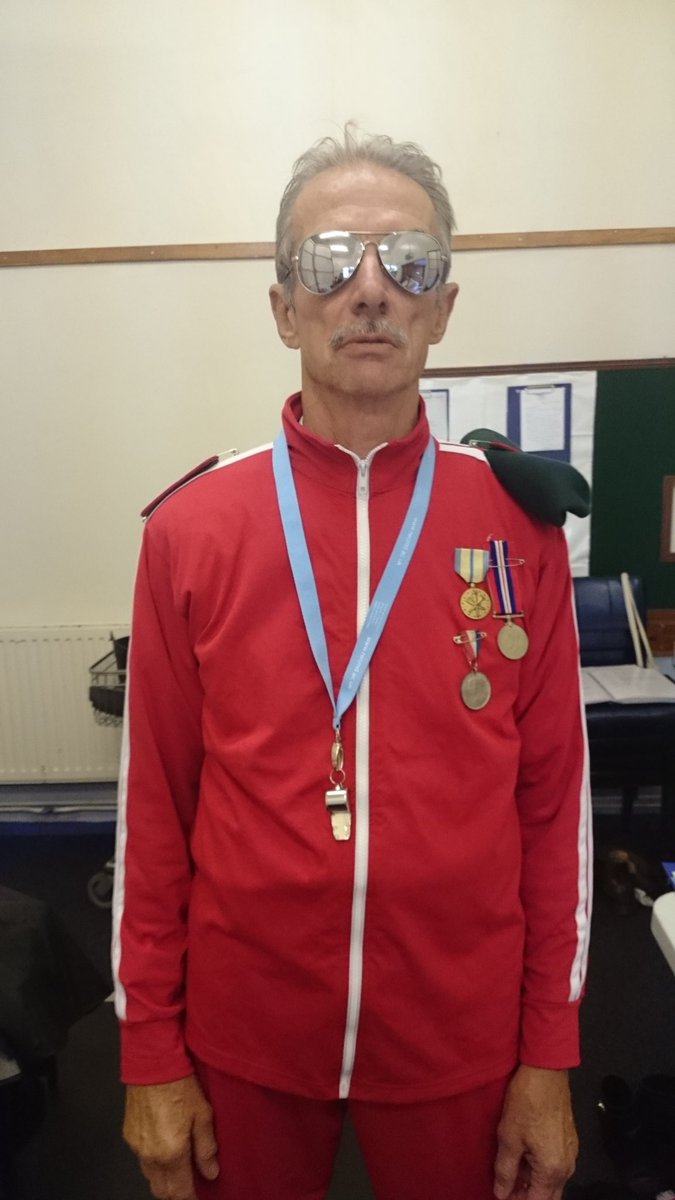 Well, the countdown begins:
Yesterday, we had our first publicity event in Aberystwyth. A question and answer session hosted by the Museum, assisted by the Tourist Office and helped along by the public of Aber afterwards with a rather splendid walking tour along the Prom investigating Louie Knight's Aberystwyth.
People were fascinated by the process of…
Continue

Aberystwyth Mon Amour by Malcolm Pryce. opens in the Swansea Grand on the 21st of September and is on tour until the 8th of October.
Keep an eye out for our crowd-funding campaign coming soon...