Throughout this week I've been lucky enough to assist Kay Michael of Empty Deck during their R&D of Cosmic Fear or the Day Brad Pitt got Paranoia.

It's been a wonderful week working on a really cracking script. To celebrate we will be sharing a scratch performance tomorrow at The Other Room and it would be ace to see some of you there. NTW TEAM members look on the group page to get a special ticket offer and then book your tickets…

An Open Letter To Artists Throughout Wales

Yesterday I attended and spoke at the Arts Freedom Wales Symposium at Chapter Arts Centre. The central theme was ‘Is Wales enjoying its right to artistic freedom of expression?’
The afternoon allowed various people to deliver 3 minute presentations about issues allowing or inhibiting their right to artistic freedom of expression. The topics covered were vast and important – too much to fully cover in one afternoon. The opening speech was made by Meltem Arikan, a Turkish…
Continue

Twice nominated for the Theatre Critic’s of Wales Awards, life story theatre company Re-Live are returning to the stage with a new agenda – to start the conversation about dementia.

Dementia affects over 800,000 people in the UK yet, like many mental illnesses, it still carries stigma. It has become a taboo subject, something best left behind closed doors. Re-Live want to break…

I hope you all had a great Easter, even if it was just an excuse to eat loads of chocolate! If you are looking for some light reading and want to catch up on some of the performances that have been going on in Cardiff over the last few weeks head over to my Young Critics Blog here.

It's been a really busy few weeks! There's reviews of The Good Earth, Maudie's Rooms, NYTW's dead, born grow and a few…

From 3rd to 9th March Mercury Theatre Wales invited actors and writers to participate in their research and development week at Chapter Arts Centre. The aim of the week was to take the next step in the development of the company’s upcoming Christmas show.

Improvisation session in the Loft

Mercury Theatre Wales start R&D for their next exciting and immersive production!

Last year Mercury Theatre Wales showcased their tour-de-force production SPANGLED throughout the nation. Exploring the underground club culture of the 90s the immersive, promenade performance really caught the audience up in the action. I myself described it as ‘a truly original and innovative piece of work that is sure to leave the audience with a smile on their face and a sudden desire to don their best shell suit.’ Actor Lee Mengo was also nominated for a Theatre Critics of Wales… 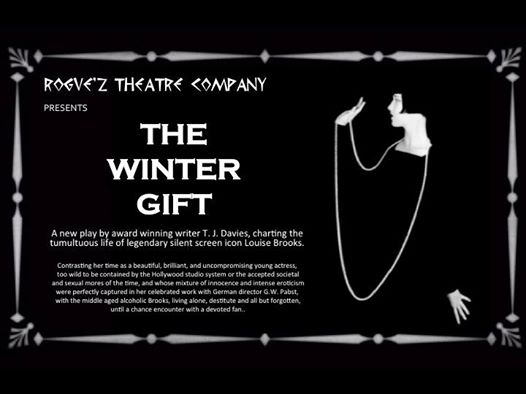 For over a century Hotel Chelsea was a centre of creativity and artistic collaboration in New York City. Made famous in numerous songs, films and books the hotel has housed some of the most famous names in the world, including Andy Warhol, Bob Dylan and Madonna; it was also the place where Welsh-great Dylan Thomas succumbed to…

Happiness Repeats Itself
By Sean Tuan John
7th and 8th October 2013
Wales Millennium Centre, Weston Studio
Happiness Repeats Itself is a textual and physical exploration of the infamous lobotomy procedures carried out in America by the notorious Dr Walter Freeman during the 1950s.
Dr Freeman was the first person to carry out a lobotomy in America and eventually…
Continue

Fresh INK
A Sherman Cymru Outreach Programme
Friday 11th October 2013
As part of its extensive outreach programme Sherman Cymru have established a new and exciting project called Fresh INK. The literacy enhancement programme is for primary and secondary school pupils and aims to ignite a passion for…
Continue

After going to the World Stage Design Festival at the Royal Welsh College of Music and Drama some of the Young Critics decided to respond as a group via a Pinterest board.

To have a look at our responses please click here: http://www.pinterest.com/elin0391/wsd2013/

No matter how much we may complain when our grandparents decide to tell us all about the good old days AGAIN, I’m sure I’m not the only one who secretly enjoys hearing the tales of their youth. In an astounding display of bravery ten older people have decided to share their very best and worst moments with a room full of strangers. But this…

To read my latest reviews of Living Picture's 'Diary of a Madman' and Sherman Cymru's 'Say it with Flowers' please visit www.hypercriticreviews.blogspot.com or to see all the latest reviews by the Young Critics visit http://theyoungcritics.wordpress.com

The run down house of elderly twin sisters Anest and Iola seems to rise up out of the sea and if the stories are to be believed they themselves were found in a lobster pot by their father who was half merman!

I've been very busy recently seeing what Cardiff has to offer. It's definitely been worth it!

To see my most recent reviews of Mercury Theatre Wales' Spangled and NoFit State Circus' Bianco please click on the link below:

Young Critic's Review - To Live, To Love, To Be

Being in the audience of To Live, To Love, To Be was like being  a witness to some occult religious ceremony; the atmosphere was heavy with expectation and a sinister sense of danger never left the room. Sitting on the balcony looking down at the huge revolving table as incense filled the room was the beginning of our initiation to the…

Love and Money
Waking Exploits
At Chapter Arts Centre
11th April 2013
Almost hidden in the corner a small fish tank filled with its very own barcode striped set mirrored the stage. As the small goldfish swam aimlessly around it was impossible not to draw comparison between this small creature and the characters that are all trapped by their own compulsions, passions or self-imposed…
Continue

Young Critic's Review - Past Half Remembered

It’s safe to say that after being handed vodka shots and Russian tea at the start of the show this is going to be a great review!

Beverages aside Past Half Remembered is a gem of a show. In just over an hour the energy-pumped cast take us through the life of Maria Michailovna who lived through the Soviet…