We are currently casting for a 15 minute short film entitled May Eve (Nos Galan Mai). Our story follows Mari, a 16-year-old Welsh teenager on the night of May's Eve. Disregarding her grandmothers' warnings, Mari ventures out, to discover a world of Goblins, Fairies and Spirits. The story is inspired by Welsh folklore, subverting these old tales to explore modern themes of violence against women and female solidarity.

We are now casting for the roles of Chyhraeth and the Fairies.

Cyhyraeth - based off a Welsh folklore figure similar to the Celtic Banshee. In the original Cyhyraeth myth she was a symbol of death, her screams warning of imminent danger, however in our story we have turned this on it's head. Our Cyhyraeth is a powerful woman, misrepresented in history. Her screams and wails were warnings for women of the forest. Having been rejected by the world of men Cyhyraeth now presides over 'fairyland', a section of the forest that acts as a safe haven for women. Chyhraeth delivers the big climactic monologue of the film. For this role we are looking for a BAME actress of any age.

Fairies - each of the fairies represents women who have been hurt by men. We have 3 main fairies each with their own backstory which they tell to Mari in solidarity. There is a moss fairy, berry fairy and fungi fairy and also several background fairies. For these roles we are looking for a diverse group of women of varying ages, ethnicity, body types etc. We welcome applications from anyone.

Shooting is set to take place in the week commencing March 6th (contrary to posters below). If Interested please contact me at 30008087@students.southwales.ac.uk. 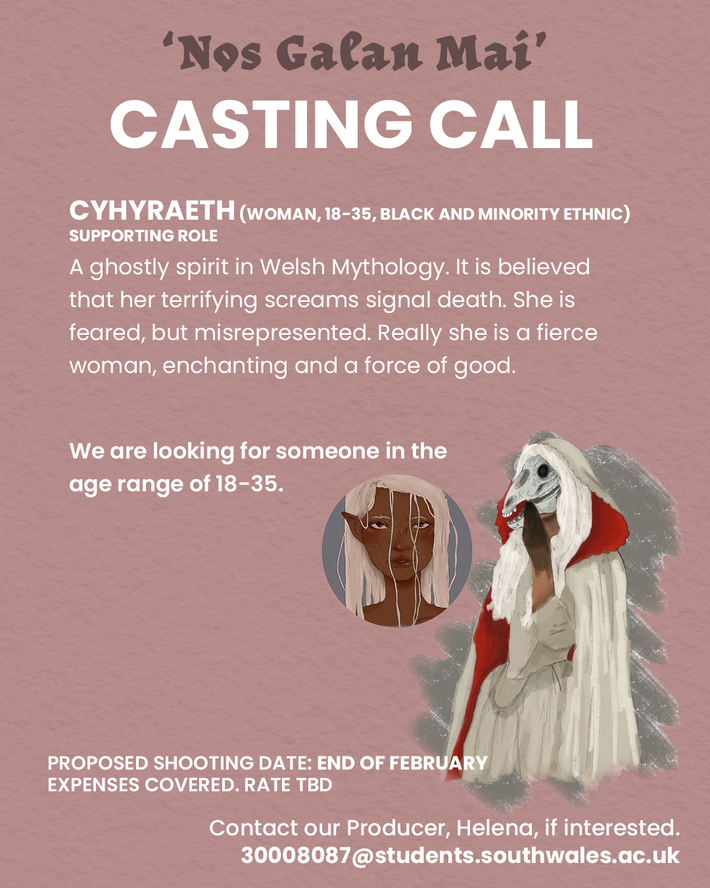 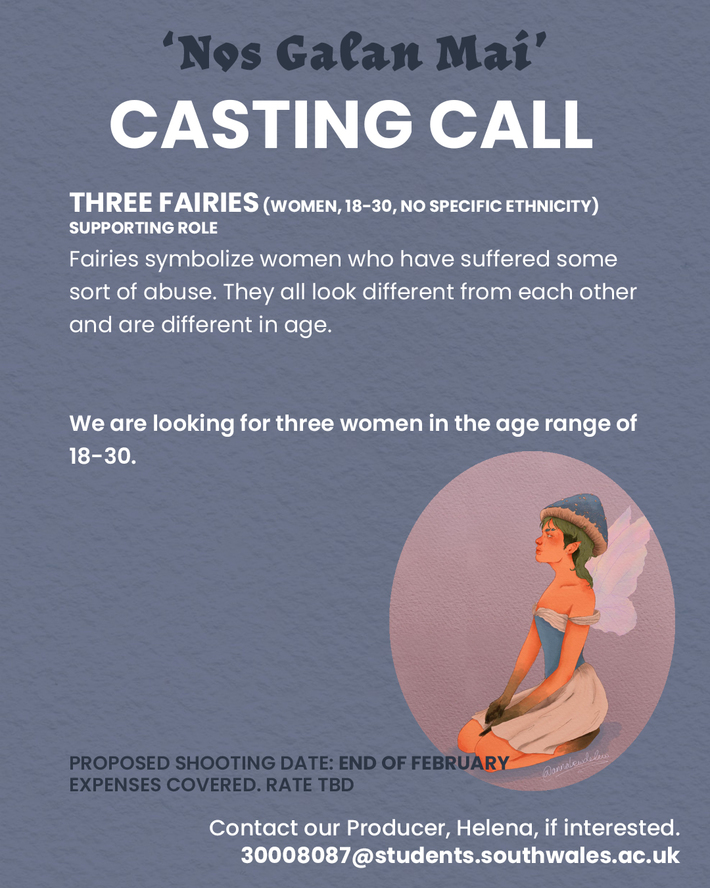 If she is  originally celtic, why has she become a minority ethnic woman?  Is this not blackwashing?