The 'Magic' behind Shelf Life...

The ‘Magic’ behind Shelf life...

I was a bit unsure about going to university, but choosing to do Technical Theatre at Swansea Metropolitan University has opened so many doors for my future career. In a recent essay for university, I remember writing how the technical aspects put the magic into theatre... how I laughed while I wrote that essay. I still stand behind that phrase and I think anyone who goes to see Shelf Life, the latest production by National Theatre Wales, would totally agree.

We only started working a few weeks before the show opened, and I think I can say on behalf of all the technical crew how pleased we are of our hard work - in so little time we have achieved so much. Arriving on the Doctor Who set and looking around on our first day I think we all were rather excited, but also a bit worried about how much work was to be done and in so little time. At this point, if we were all totally honest, we had a basic idea of what was going to happen but yet it seemed like such a daunting task.

We had to transform the entire site into a working set with our electrical infrastructure for lighting, sound and audio visual equipment. Running cables... and more cables... and more cables... and even more cables again! I think we have used enough cable ties and gaffer tape to build and then stock a shop! The job seemed endless at one point, but eventually we had our main infrastructure set up and it was time for the fun stuff. As some of you may have seen, in other NTW blogs there are some pictures of the glass dome. Between us as a crew we scrubbed and washed the glass to make my favourite part of the show possible... The Magical Dome! 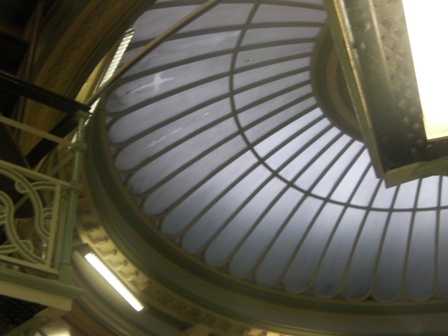 The dome has caught the eyes of nearly every audience member and captivated each and every one of them, and I think everyone would agree with me there, but don’t get me wrong though the dome has got to be one of my favourite pieces it has got to be one of the most frustrating, especially when it all decided to stop working... maybe the magic ran out. =P
A sprinkle of technical magic dust (and some major thinking and panicking) and we managed to find the problem and fix it! *phew*

Our job was not easy, but it was very fun... with some very interesting moments to keep us on our toes. Plenty of banter, laughs and even an electric shock along the way but it was all worth it to open the show, and what a great show it has turned out to be! Our job was eventually done and we opened with a rather successful opening night, after two dress rehearsals.

Writing this and trying not to reveal too much is rather difficult, but I hope that more people will go and be captivated not only by the technical magic, but the amazing work of the entire National Theatre Wales team, Volcano Theatre and Welsh National Opera.

Comment by Cairn Frederick Newton on April 19, 2010 at 20:04
It was a pleasure to work with NTW, Volcano and WNO, and I loved every second of it, would love to work on another show in the future =] Thank you for the opportunity!