A disused warehouse now occupied by the Southwark Playhouse Theatre recently voted by the Stage as the Fringe Theatre of the Year was the venue for my latest London theatrical experience. Just a visit to the theatre is an unforgettable experience, it's a curiosity that surprises and delights.

A Bright Room Called Day alternates between optimism and despair amidst a group of young friends living in Berlin in the 1930s. The friends, united by their middle class status, are made up of artists and film-industry workers with apparent communist tendencies which are at odds with the rise of the Nazi party under Adolf Hitler. What will happen when the time comes, who will continue to resist the Nazis for personal or political reasons and who will desert their ideals and their country?

The 1930s story is interspersed by more recent references, most notably those delivered by Zillah, a modern day Jew from Long Island, played with keen enthusiasm by Charlotte Jacobs. Her monologues would grace any Alan Bennett series. She expounds such a candid perception of political intrigue and conspiracy that leaves the audience in awe.  The use of some six letter words instead of four explains some of her rationale and in part amuses the captivated audience. 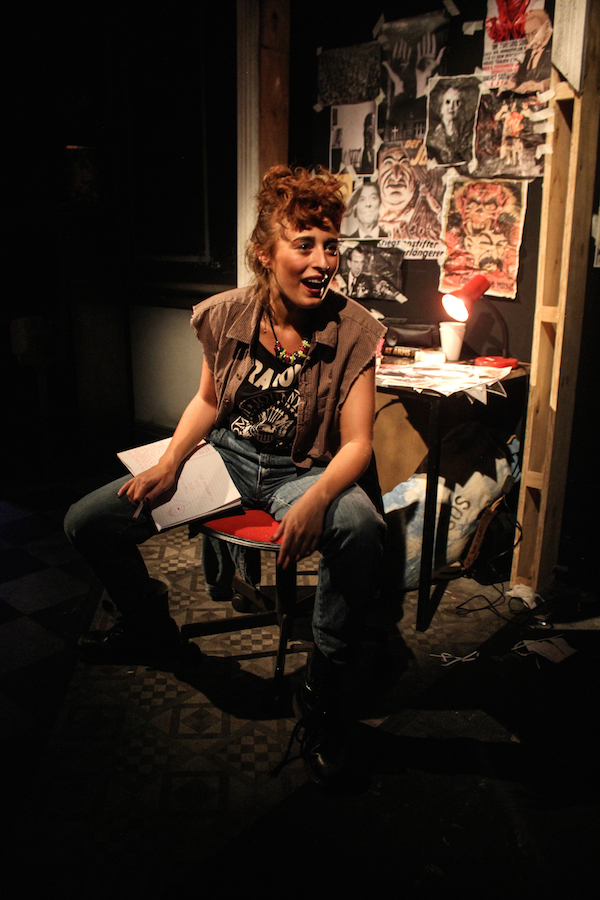 Agnes, played splendidly well by Alana Ramsey, is the constant of the group. Always helpful (eventually) to her friends she always says  'yes' except when it comes to her partner's sexual advances when without exception, they are declined. She is very much on the fringe of the communist activities thereby keeping her options open, her home however is where everyone of the group gravitates. 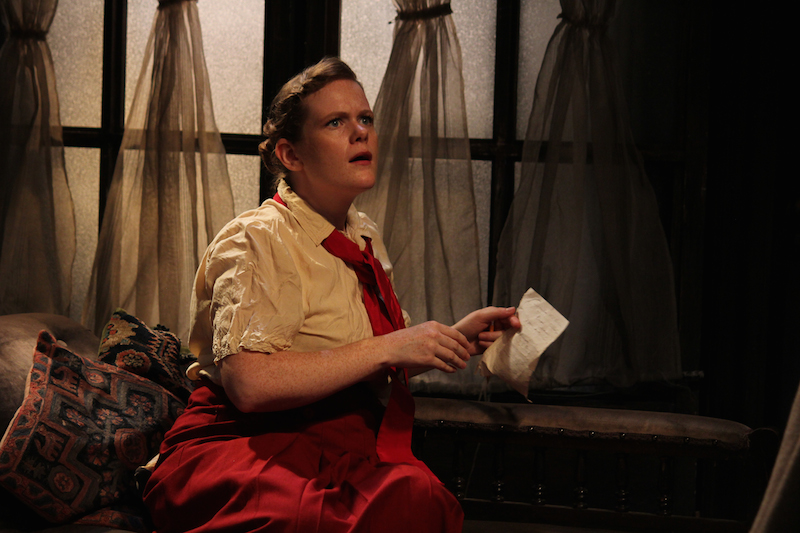 Charlie Archer is beguiling in his role as Baz, a blatant homosexual who completely looks the part in costume and appearance. Two stories he tells are extraordinary in content. In the one he explains why he was dissuaded from taking his own life by an experience he had in a park in Munich and in the other he recounts his visit to a cinema where he had the opportunity to become one of the most famous names in history. 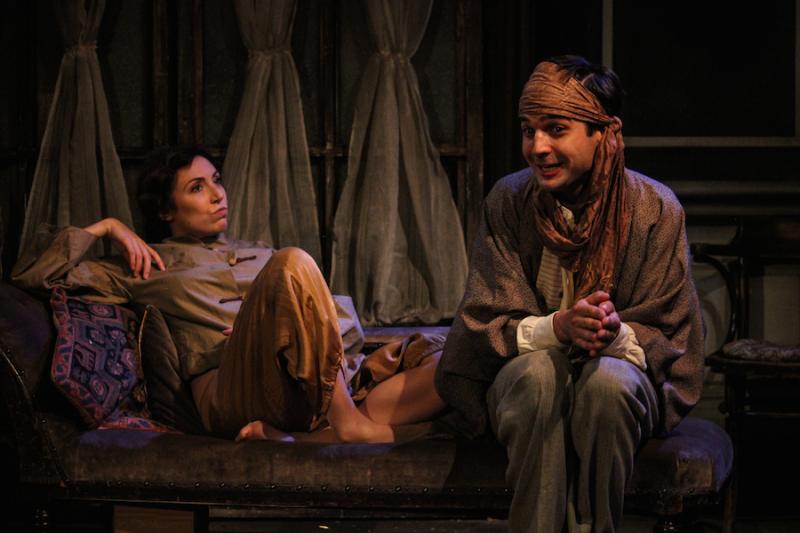 Husz, the sexually frustrated partner of Agnes, played by Ethan Holmes appears as the most committed opponent to the Nazis. Life it seems is full of frustrations for this one-eyed Hungarian cinematographer.

There are interesting diversions of a mystique nature throughout the play. Elizabeth Andrewatha doubles up as a ghostlike spectre known as Die Alte successfully creating a sense of awe and foreboding. The Devil also makes an appearance pretending to be Herr Swetts, an importer of novelties. Jonathan Leinmuller is excellent in his portrayal of a cunning, conniving and deceitful reincarnation.

There is so much more with Holly Morgan as Gotchling, an idealistic communist artist and activist passionate for her politics and Laura Hanna as Paulinka, a rising star in films who only has ambition to be a success no matter what it takes..

All the cast work well together in what is of necessity a cramped 'stage' albeit it is well constructed to reflect the decor and furniture of the age with no obvious anachronisms. The costumes too are recognisable of the era and appealing to the eye.

Seb Harcombe's direction produces a highly effective and striking adaptation that once again benchmarks Southwark Playhouse as one of the most important theatres in London.

Don't be put off by Negative, Acerbic, Zombified, Ill-conceived reviewS............be liberated and see it for yourself.

Thanks Chris for your review and I'm delighted you enjoyed my performance as The Devil! Kind regards Jonathan