Midnight on 26th May saw the start of NTW's Y2; an inticing, curious, diverse and daring year ahead working with both the old an new of theater from Shakespearian elements to Katie O'Reilly's In Water I'm Weightless. After an abundance of imaginative, quick witted, emotional and utterly ambitious memorable theatre from their inaugural year, the next 12-18 months of shows are definitely ones to look forward to.

Here is just some of what the party goer's had to say about Y2, and the party.....

Stills of the night.:

The year was launched via live web cast at midnight with all the party goers surrounding various TV'S and counting down to midnight. 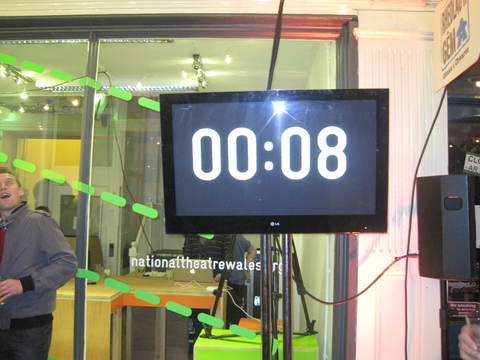 Everyone enjoying themselves chatting about the productions in the year ahead and the free flowing food and alcohol: 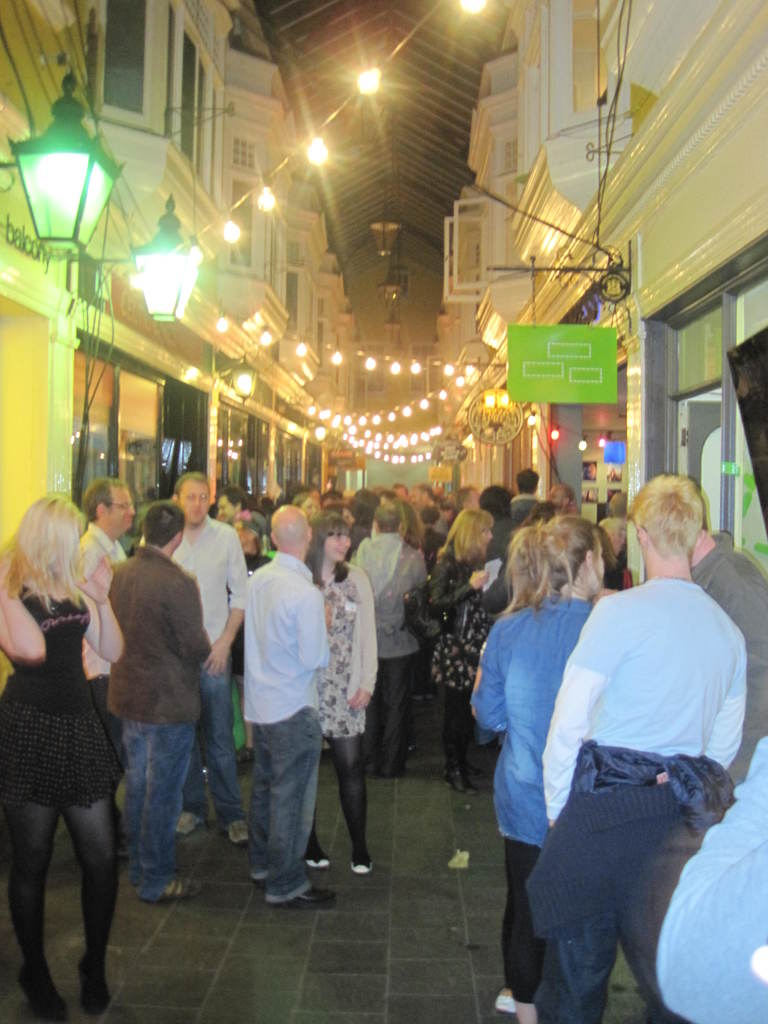 Talking with Dafydd James of The Village Social he described his production and many in the year ahead as "varied, exciting" but what struck him was "[about the themes running through the productions was that a viceral theme existed, a returning to the the animal almost. A theme that resonates throughout, investigationg the relationship between the human and the animal.]"

As for us as Young Critics? The support we have received since October 2010 from the writers, directors, individuals and even the friends we have made, has been fantastic. Encouraging us to write more, think even further outside of the box and to go after anything that piques our curiosity. We eagerly await the new collaborations and creative re-imaginnings ahead.

We aren't going far and will be around reviewing throughout the summer but for now NTW: thank you, good luck and see you in the Autumn!

Comment by National Theatre Wales on June 8, 2011 at 21:36
Great.  I'll be there through most of the conference as I am the chairperson for the event!  Look forward to seeing you all there.  The Young Critics scheme has been a brilliant initiative Guy.  It would be great to hear more about your plans.  J

Rachel and Chelsey have been asked by ACW's Night Out Scheme to give a presentation at the National Rural Touring Conference on the Young Critics Scheme. I am sure that they would love to chat with you then.

Comment by National Theatre Wales on June 8, 2011 at 17:01
Hi Chelsey and Rachel, thanks for this great souvenir of the party. It was great to have the Young Critics join us on the journey last year.  It would be good to talk to you about next year, and ways that maybe we can extend the Young Critics initiative.  In the meantime, glad you had a good time at the party!  J