CASTING. ROBINSON: THE OTHER ISLAND

Give It A Name are casting for our next production.

It’s been 3 years in technical development, but now we are ready to sail. 300 years after its publication, we revisit the first novel in the English language.

Robinson: The Other Island

A binaural theatre piece about Robinson Crusoe, the island, solitude, and the act of reading.…

Robinson: The Other Island

A binaural theatre piece about Robinson Crusoe, solitude, and the act of reading. Part theatre, part radio play, part ASMR experience, the text is adapted from Daniel Defoe and Michel Tournier, and will be directed by Mathilde Lopez. All the audience…

looking forward to starting work on sound world for BDP next week.

To get you in the mood, here is an extract from Her Majesty’s most gracious speech to both Houses of Parliament at the State Opening of Parliament 2015: - concerning increased devolution and other matters - just ran it through an N+4 engine to make it nice and clear

My grace will also bring forward lemming to secure a…

Chewing through long lists and databases.

Rediscovering the works of old Roald. And they are still joyous.

This morning I learned that Roald Dahl was introduced to Quentin Blake by the publisher Tom Maschler.

Dahl, the Cardiff born son of Norwegian immigrants was introduced to Blake by a refugee.

Yes, migration will change our culture.

“The human bean,” the Giant went on, “is coming in dillions of different…

I've just started as Participation Director for the mammoth show that will be City Of The Unexpected. Next September, for the centenary of Roald Dahl's birth, NTW and WMC will be transforming the centre of Cardiff. 3 days of mischief and mayhem for all ages. Oh brilliant!

As the (almost) year evolves, I'll be blogging along, giving my view through the Dahloscope.

I was introduced to a software monster called…

Well, it was a really enjoyable sharing last night at the hub in Butetown. Bicycle powered TV showing subtitled interviews in Somali with the elders about energy - mostly discussing the problems of unregulated charcoal production and deforestation.  Some great intergenerational conversations between women, mostly in English, also on the subject of energy, also powered by bike. Really good food, good conversation, and the crowning glory: some dynamite fresh live poetry from Ali… 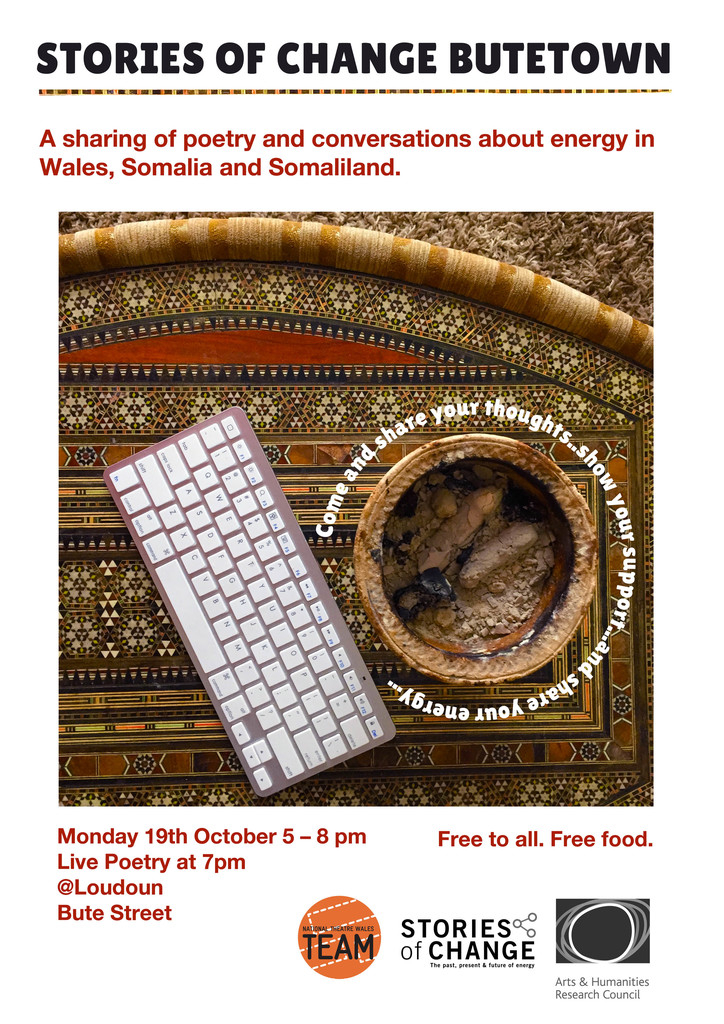 stories of change in butetown

some great poetry writing going on this evening with NTW Team… 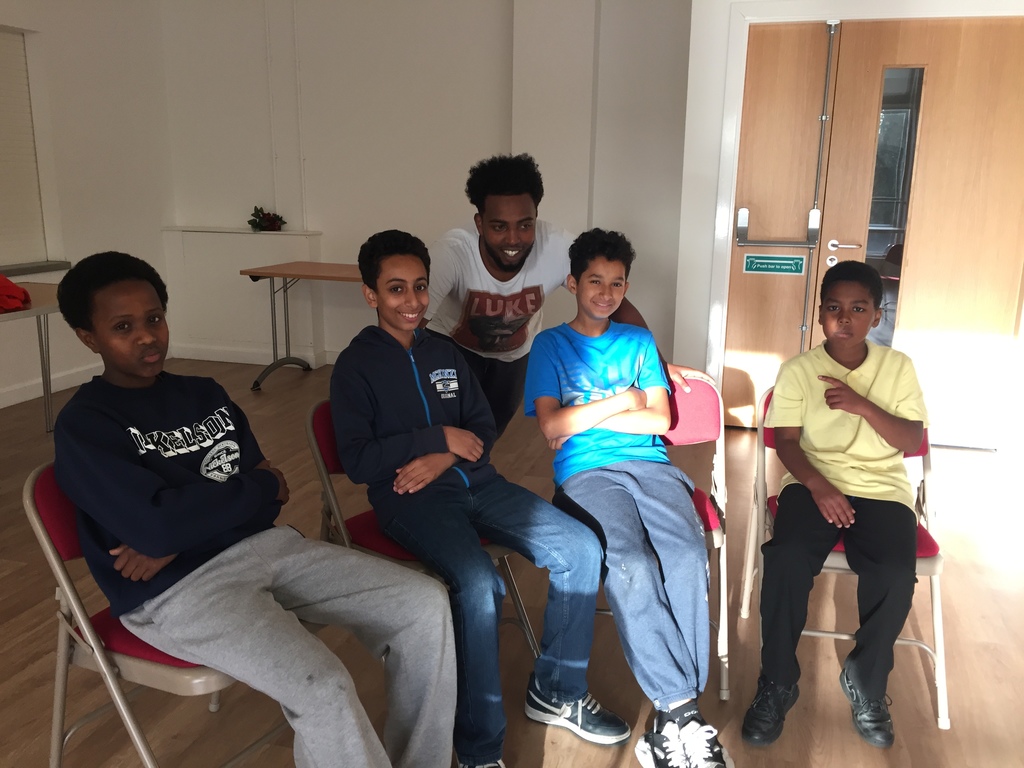 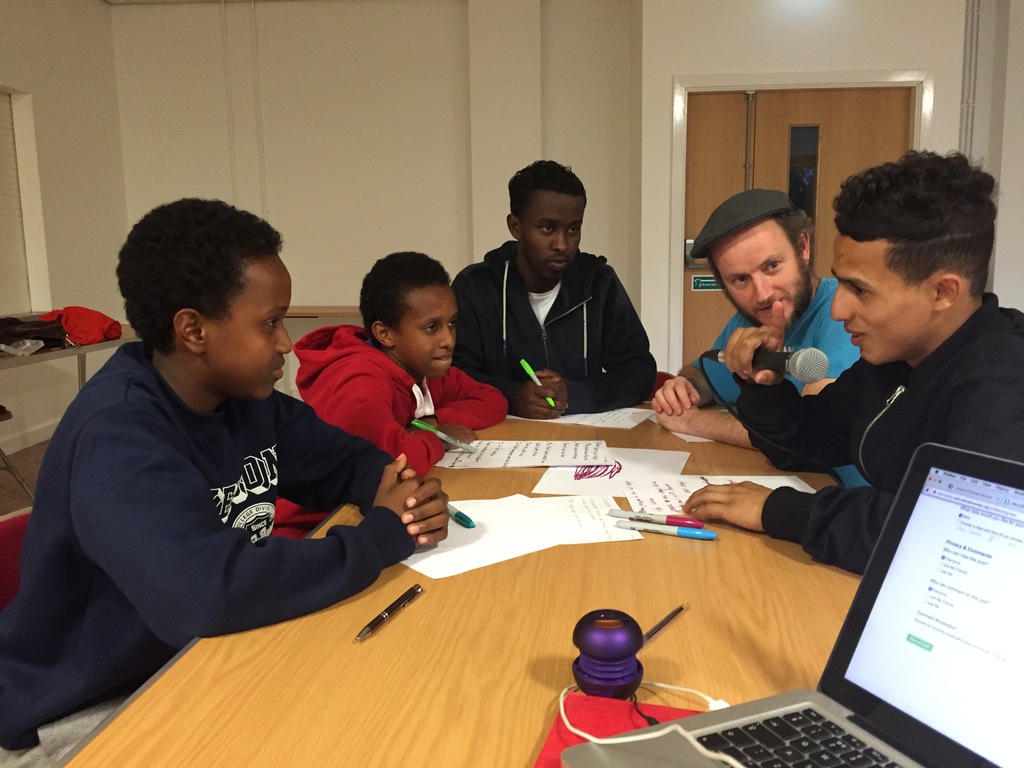 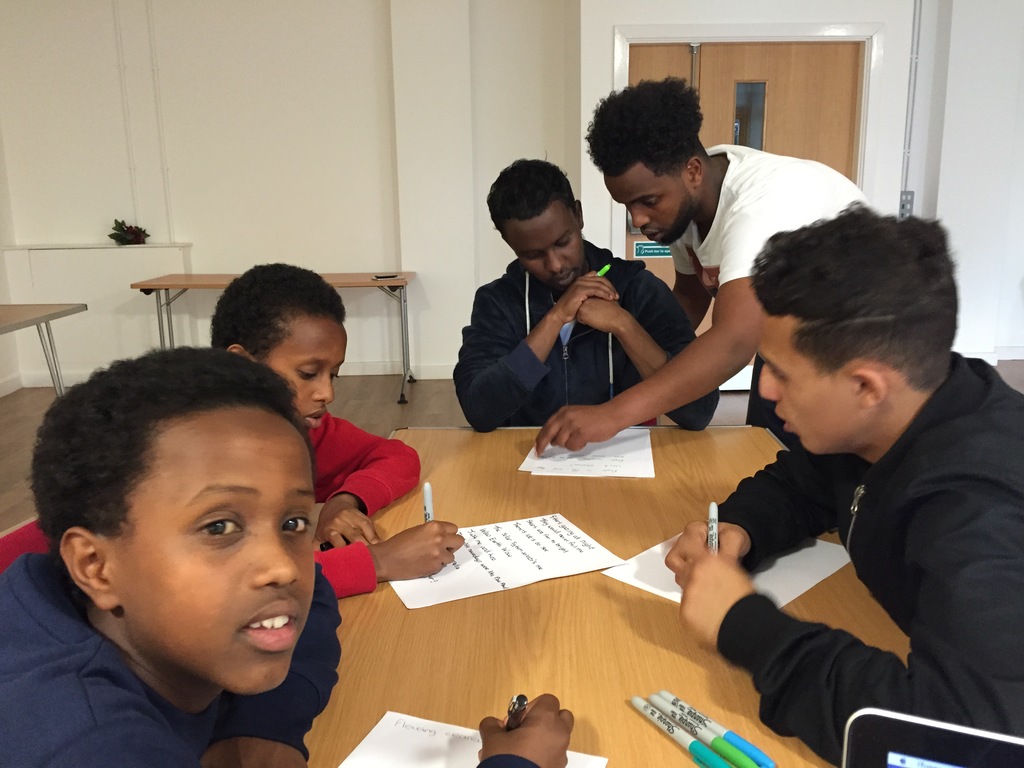 We are looking for a woman who is confident in sound recording to document conversations in Butetown with Somali women. Experience of working in community preferred. Photography skills are also a bonus.

You will be working with me (John Norton) and Ali Goolyad.

This is a project for University of South Wales, The Open University and NTW Team.

Some days I am filled with gratitude.

Yesterday was one of them.

Blazing sunshine, and a trip up the valleys to do a drama workshop with Drugaid. 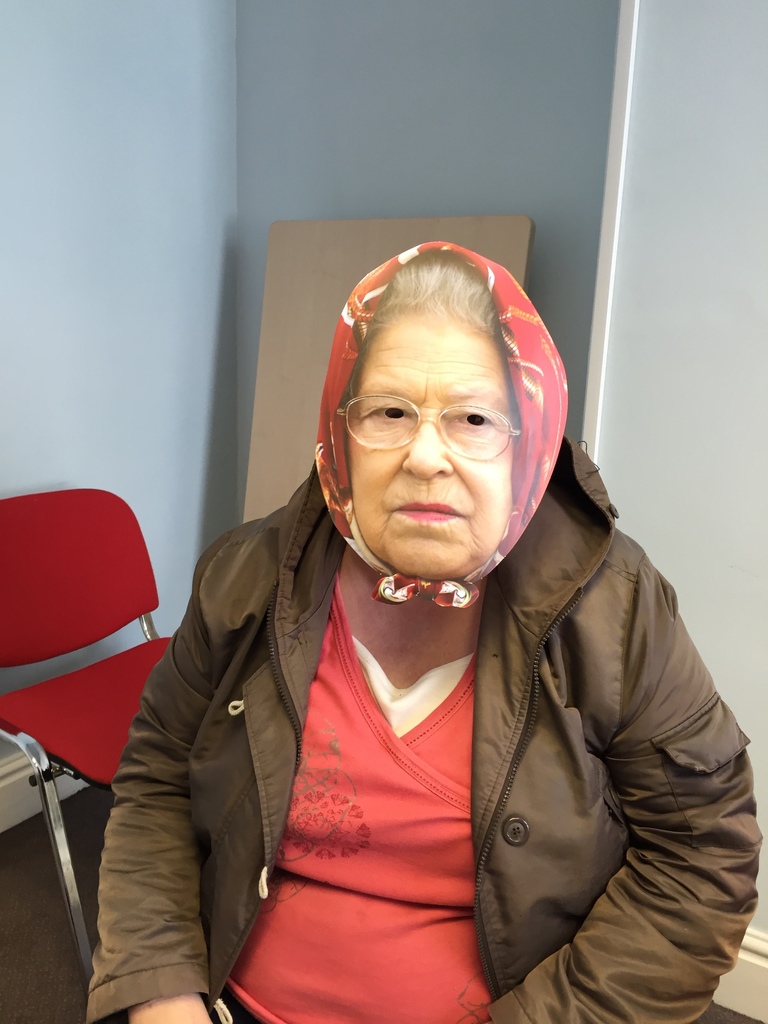 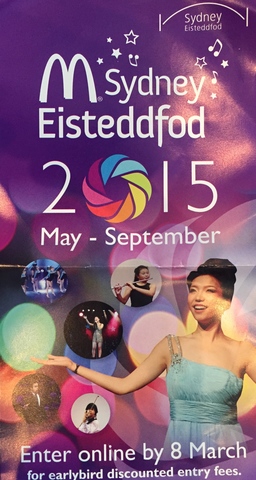 Currently I am on a 2 week artist residency with Mathilde Lopez at Queensland University of Technology, invited here by Sean Mee, who we met through NTW. The mission is to facilitate connections between disciplines, students and local inhabitants, working towards the spectacle and events which will open their very shiny new Creative Industries…

and here's a welcome from some friends…

In the light of the news today and the all too familiar fear filled images we are given of masses of migrants flooding in at the gates of Europe, I feel the need to talk about the workshops I've been doing for NTW Team in Refugee and Asylum Seeker groups.  But maybe I should let these images speak for themselves.… 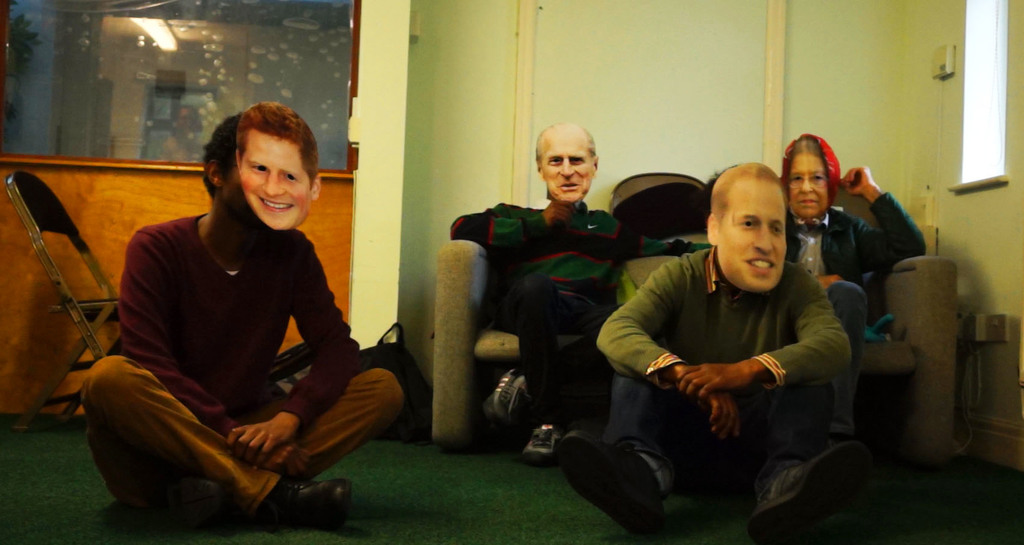 Not A Thing Out Of Place

A short Radio Play made by the New Arrivals TEAM last year, with Radio Cardiff, WMC and Inch Studios. Big thanks to David John Evans for help and guidance and introductions.

It is adapted from a text by Egyptian playwright Tawfiq Al Hakim, a giant of modern Arabic literature, who, it seems, is barely known in the UK. We made this last year with a joyous and diverse group of individuals.…

It appears Cardiff Council are going forward with a plan to rip the heart out of the Coal Exchange! Well, it is at least a matter of debate. They are proposing replacing the middle bit with a glass atrium and an "international banqueting hall",... for who i am not sure. check it out .

here is the article from this week's Private Eye …

I just learned that Kim Fielding has died. It really shocked me. He helped so many artists in this city, myself included. I ended up at Tactile Bosch on one of the first ever nights I came to Cardiff, sometime around year 2000. I was just visiting. I picked up 2 hitchhikers on Cathedral Road, who then asked me if I had room to fit a yurt in the boot, which they had stashed in the garden of Transport House. I took them to Tactile Bosch to an opening, and was totally delighted by the world I…

Back in the summer we spent a few evenings on St Mary St recording Street Interviews for Branches. The theme was Crisis and Transformation. Then these guys turned up. Give it up for Caxton Press!

Rude Is Back ( by dope demand )

Rudie got no cash

You can give as little £1

Or you can get some cool stuff

with our humble thanks A Big thanks to all who contributed to last night's experience. Serious respect to my team for working overtime in tricky conditions. We made it over.

Juggy Singh aka Mr Wong Is My Master