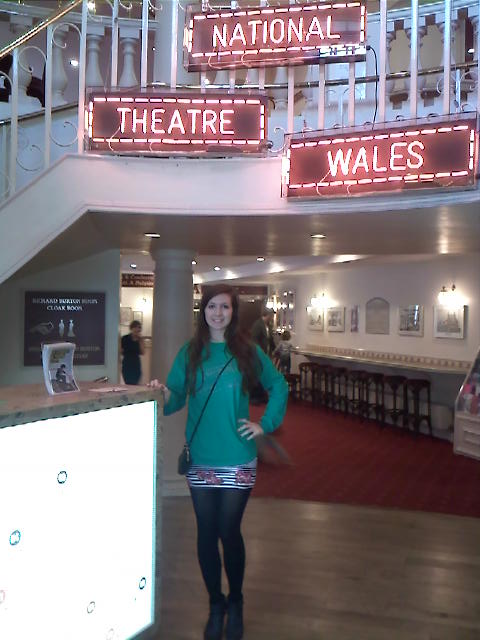 After being involved with the promotion of The Devil Inside Him I managed to obtain some quotes from audience members giving their insight into the performance. Two people have replied - the first opinion is from an industry expert (who prefers to remain anonymous) and the second from a theatre graduate - Ian Geraghty:

"This was HUGELY worth staging, with powerful and affecting performances by Iwan Rheon and Catrin Stewart in particular. It moved and troubled me – just as drama should - to experience this evocation of a Wales I was so familiar with from my own background and upbringing, and to see its agonies and oppressions laid bare. And the final scene was a real coup de theatre".

"At first I didnt really understand what the "Devil" was. I think what I came to believe, was that this 'devil' inside was just the natural feeling that people have but suppress and in this situation it was to do with religion. But this idea I feel is transferable, as at some point or another we supress one thing or another which is not morally right to the people around us.
Personnaly I feel that the venue for this show was right. I think perhaps it would have been better as a smaller more initimate performance as I feel that the darkness (lack of lights) didnt allow to engage with the character as most of the time i felt that their face was in dark".

Thank you both for your contribution!

The performance may be over...but the Cardiff experience continues with the CARDIFF ASSEMBLY on June 3rd!! Make sure YOU are there!! :)