He just went out for some cigarettes...

She was on her way to a friend's house...

I waved him off this morning just like always...

He left a note/She called up the stairs: 'Back in five minutes!'

I turned away for one second and  -

The idea of someone close to us going missing suffuses so many of the stories we tell. From the beginning of life we track our mother's movements constantly - life depends on keeping her in sight. As parents, our darkest nightmares evoke the vanishing of our children. The ties that bind us feel so strong, it seems inconceievable that we could lose each other. How can a person just vanish?

The missing haunt us from peeling posters and the backs of milk cartons. A disappearance is the premise for a multitude of books and films. In most stories, there is an explanation. Murder. Love. Revenge. Perhaps it was a government plot, or the missing person was abducted by aliens, or maybe they have started a new life on the other side of the world. But sometimes, in life real and imagined, we never find out, and we are left to invent the rest of the story. The mystery will never be solved. They are just...gone. 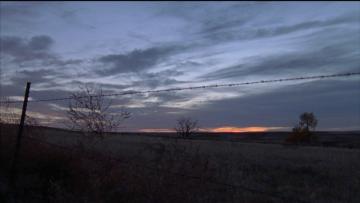 Dad was standing barefoot in the garden in his filthy jeans, leaning on a long-handled axe. He cast his eye over the abandoned vegetable patch, courgette and tomato plants yellow and ruined, strewn across the dry earth like desiccated sea creatures. He looked at the piles of rubble, broken bricks and chicken wire, pieces of rotting timber and smashed glass.

He pointed his beer can towards the demolished barn.

‘Once we have goats and chickens, there will be meat to go with our rice. It’s okay if you give them a good life and kill them yourself, Ray. It’s the way of things. It’ll be another good lesson for you.’

I rubbed at the skin on my ankle, rolling the dirt into thin black strings.

‘You don’t have to do anything’, he said. He tapped the tips of his fingers on the top of another can and then pulled the tab off and drank deeply. He had started to grow a fair, patchy beard. I couldn’t get used to it.

‘You don’t have to do anything, but I want this to be a joint endeavour. I want you to be involved. I’m doing it for both of us.’

I heard the tap, fizz and gulp as he started another can.

‘Well, she’s not here, so it doesn’t matter what she would like.’

He drained the can then crushed it in his fist and flung it hard into the dried up vegetable patch.

‘That’s your mother for you. Always so full of fucking secrets. Well, we all have secrets. We all have a secret life, Ray.’

I didn’t know what he was talking about. ‘I don’t,’ I said. I got up and ran into the house.