Over Easter, I gave a presentation to TEAM Panel on the Creative Collaboration Project based in Pembroke and Pembroke Dock, and I'd like to give an update for the community on our creative journey with our participants so far.

The project can be defined as the creation of an album of original music, composed and recorded in collaboration with the Pembrokeshire Learning Centre and pupil referral unit (PRU) for young people with a range of social, emotional and behavioural difficulties. The PRU caters for pupils who have been permanently excluded, or who are at risk of exclusion from school. The album will be launched in an event organised, curated and promoted by the pupils themselves, with a series of supplementary performances across several venues.

Our sessions are held on both Mondays and Tuesdays; Monday sessions are based in Pembroke Dock with lead creative, Molara Awen, and my creative assistant colleague Ben Mason, with focus on music production, composition and songwriting for the album. On Tuesdays, the pupils attend The Boatyard Studio in Pembroke with myself and Molara, with further focus on deejaying, drumming, lyric-writing and live performance. Guest tutors, including Jez King (Regime) and Nii Okai Tagoe (Frititi), have been working across both venues.

The Boatyard Studio sessions have been both constructive and progressive, with a majority engagement rate. The participants have been active and interested, whilst demonstrating a willingness to learn and improve. The deejay tutorials are proving to be popular, particularly in mixing drum n' bass and dubstep!

At the Boatyard Studio, we use Serato software on a laptop in combination with a Pioneer DDJ SX2 hardware controller, both running through EV powered PA speakers. I've been running tutorials ranging from the basics to performance; setting up the equipment and getting to know the functions of the software and mixer, learning how to load and mix tracks, song selection, pitch adjustments, and utilising the filter cutoff, eq and crossfader for smooth mixing.

Whilst the pupils are are varying stages of the tutorials according to the timetable and attendance, all that have engaged have recorded 20-minute sets, with continued support and assistance. The aim of the deejay tutorials is for our participants to play and mix a selection of their own songs, produced with Ben, for the live performances. We have also began recording vocals for the album, written by the pupils themselves, and I visited the school in Pembroke Dock last month for a creative photography tutorial. The portrait shots of our participants look fantastic and will be included in the album cover art, which we shall be designing in collaboration with the pupils and staff.

I'll sign off for now with a few photos from our sessions at the Boatyard Studio. 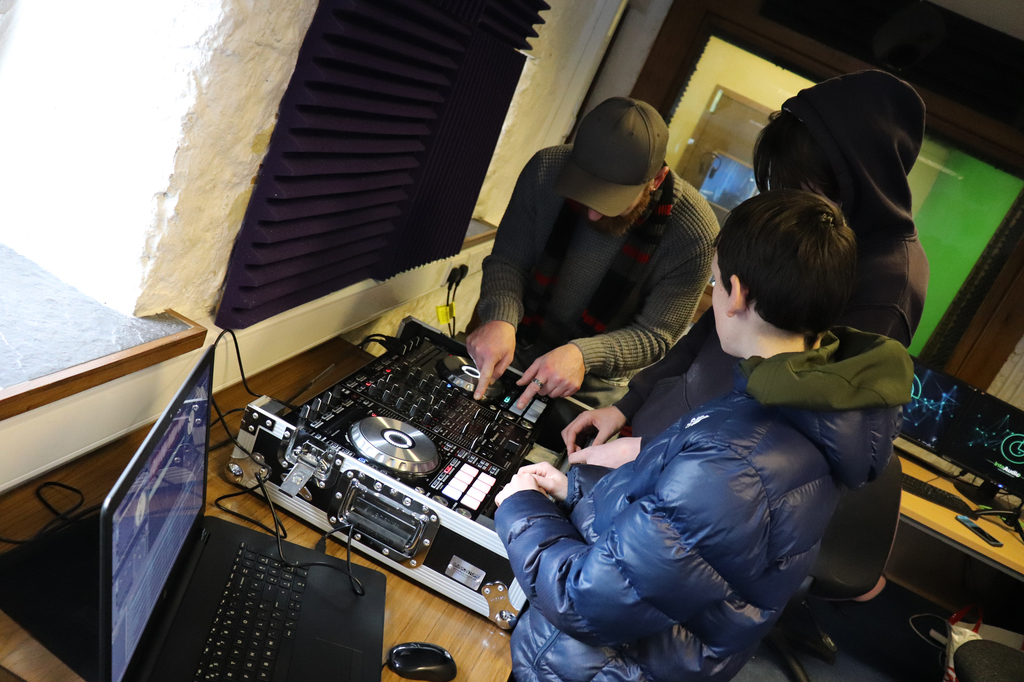 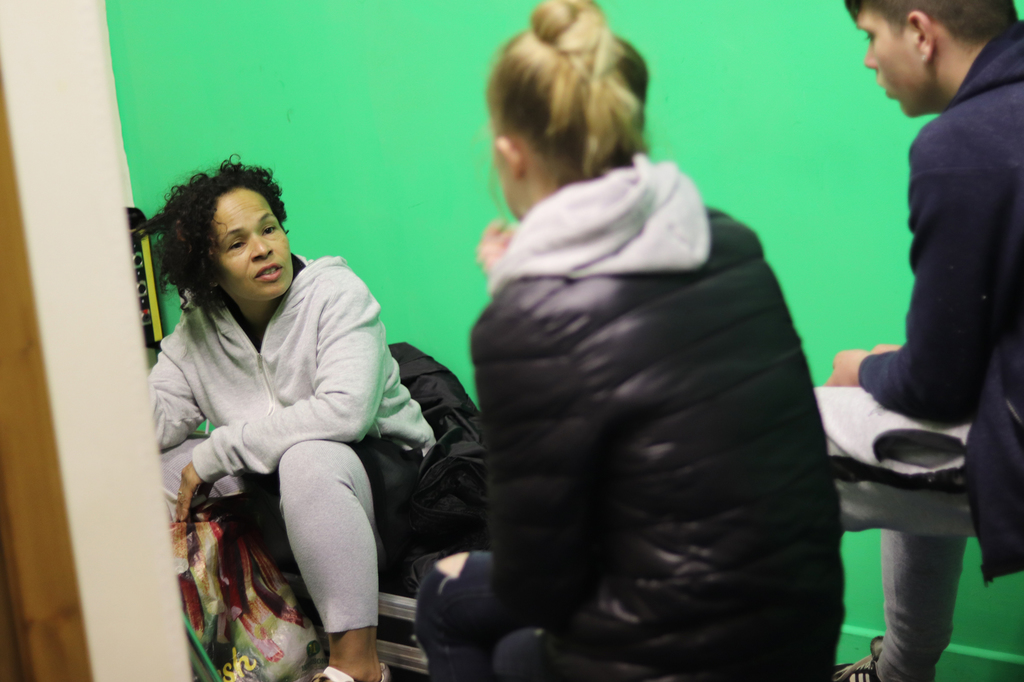 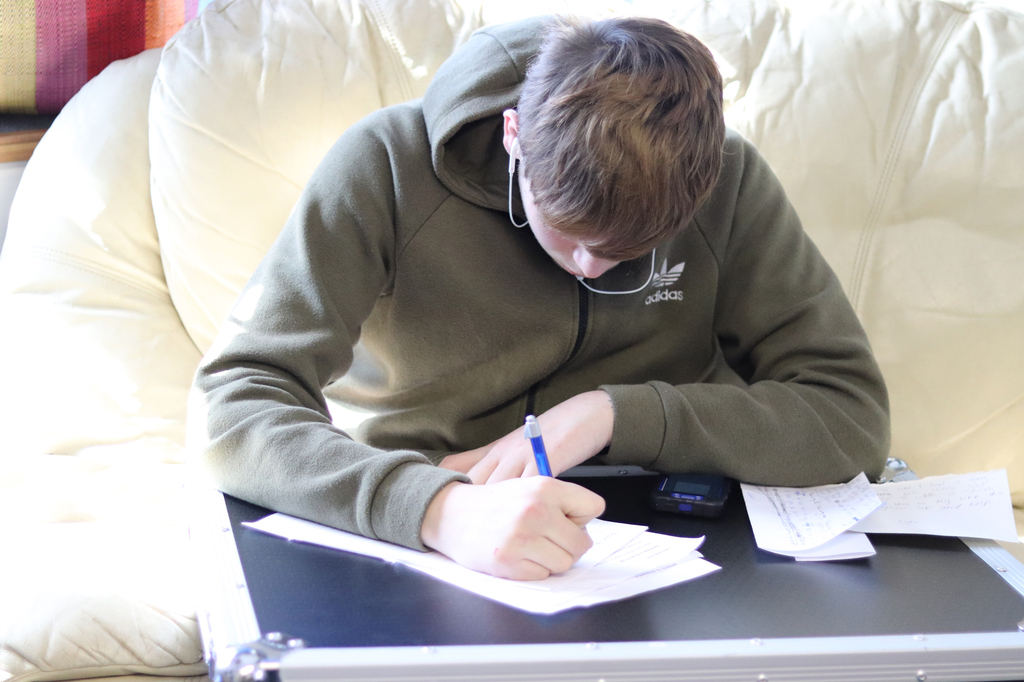 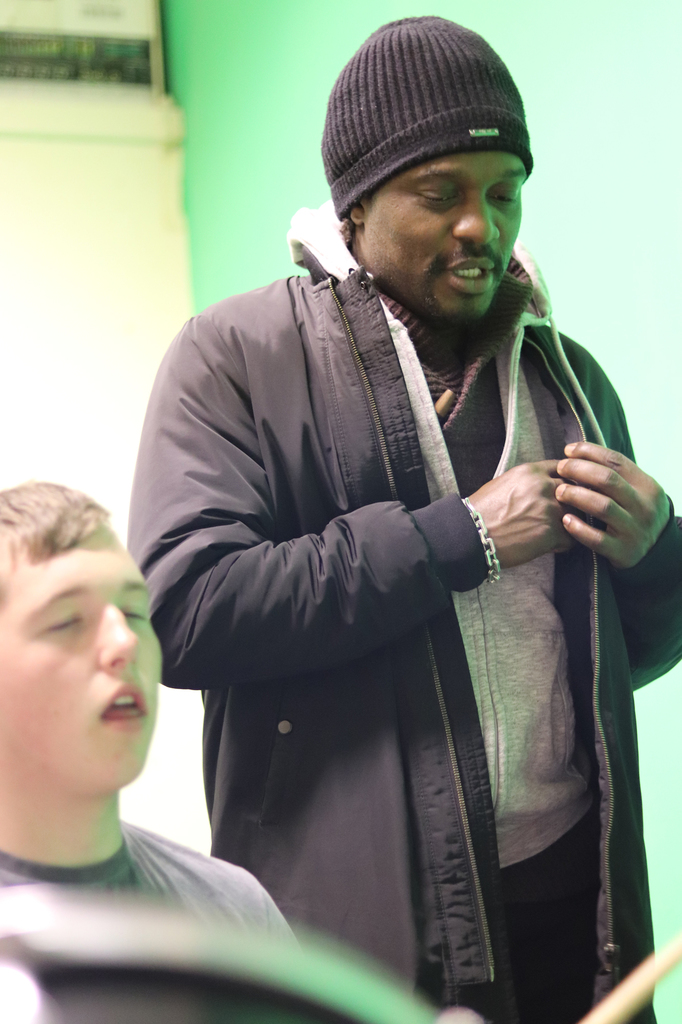 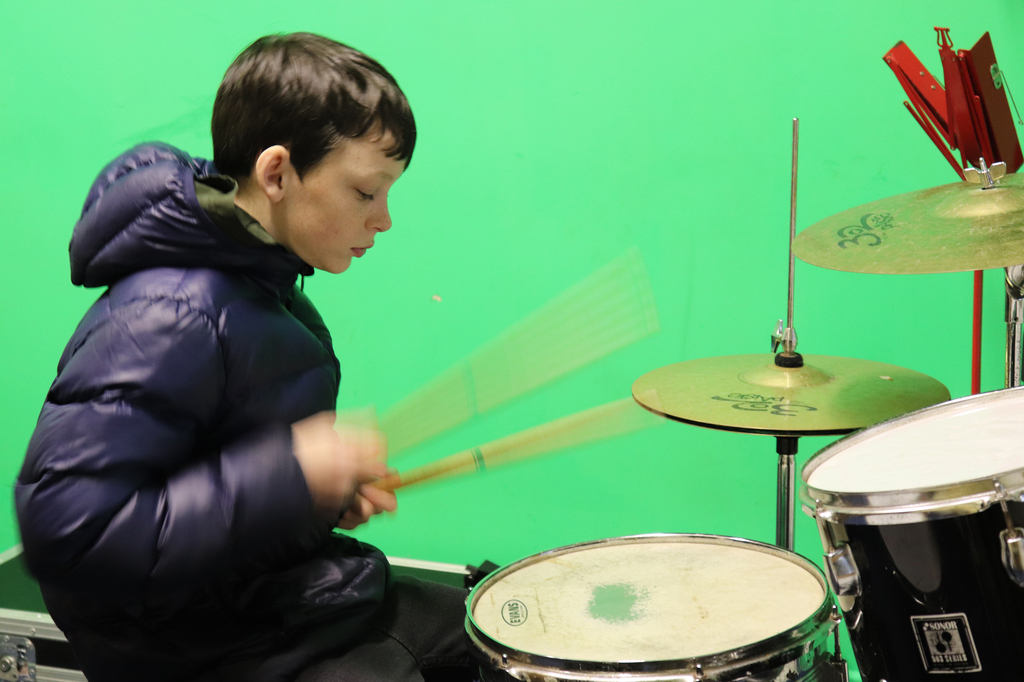 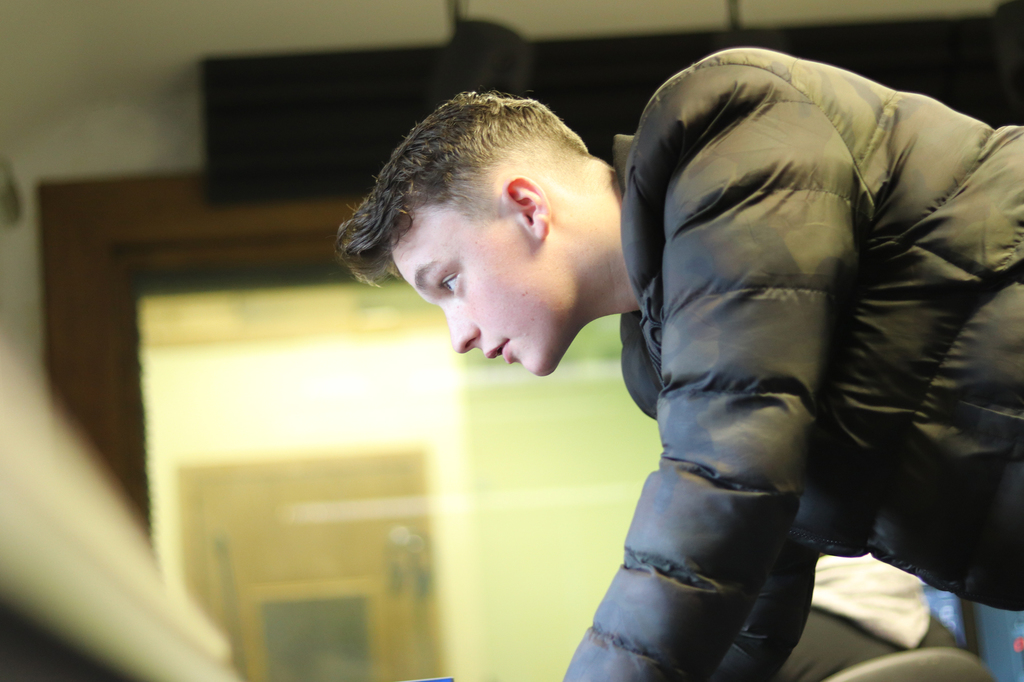 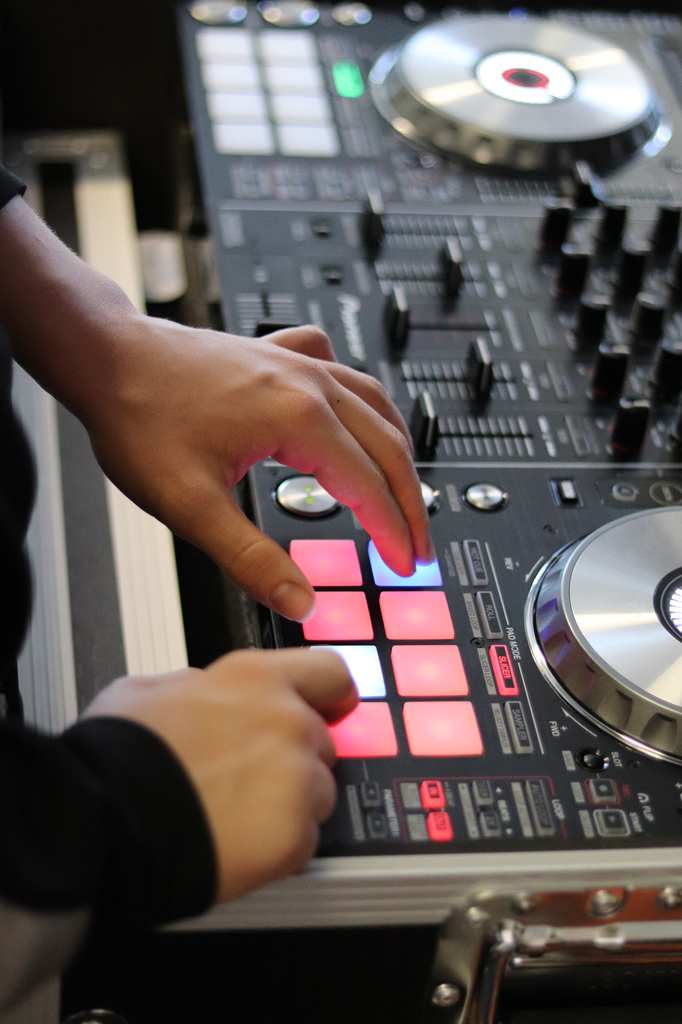