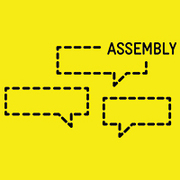 Assembly is a rousing performance/debate event that responds to local or global issues in a creative setting with time during the performance for the audience to debate and react.

What are your thoughts about NTW Assembly and how it can develop? 5 Replies

Hi, i am the new Creative Associate at National Theatre Wales and I am responsible for the Assembly programe for the next two years. I have a few Ideas about how Assembly can develop but I wondered…Continue 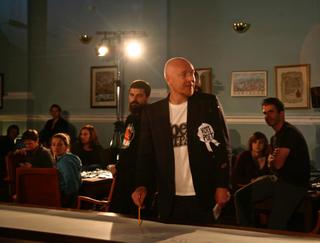 Im organizing a symposium called " How safe is the 'safe space' of participatory practice in an arts and heritage context?". If anyone is interested in coming along and having a good ole debate about this then please see the event link below.

8th October at Cardiff Story! Hope you can make it as it should make for an interesting debate! 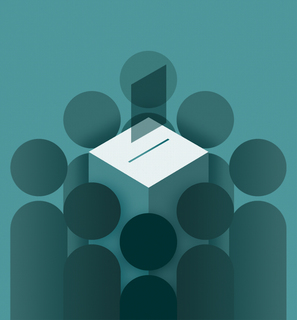 Voting opened last Friday for next stage of the Big Democracy Project. We invited proposals from across North Wales and the three ideas that are now up for public vote are three really strong and relevant ideas. The public will now decide which idea gets developed in an Assembly (performance/debate event) by voting for the one they feel chimes with them.

Central to the Big Democracy Project is how can we create the Wales we want? With action through art The Big Democracy project will help communities find their voice and explore issues that are important locally and nationally.

The themes are Homelessness, Voter Apathy and Rural Travel, more information can be found here www.nationaltheatrewales.org/big-democracy-project

Join in the Conversation #BigDemocracy

Hi All. We have recently launched The Big Democracy Project and similar to Assembly we are looking for groups, organisations or individuals to submit proposals. We will be working in four communities across Wales over the next year, starting in North Wales. For more information visit http://nationaltheatrewales.org/big-democracy-project

For those who are unable to make to Cardigan this Saturday night 7pm - 9pm you can what the performances and join the debate online, follow the link below:

really interesting to see the Assembly work on drones happening in Carmarthen. I wrote a play on the subject (remote warfare/gaming) produced at the Birmingham Rep back in 2010 and did a fair bit of research on drones myself. Found lots of air force/army recruitment advertising stressing the links/crossover of gaming and drones on the battlefield - transferrable skills essentially. I don't know if it would be any use but here's a link to a review and the script:

Hope to make it along ... let me know if you'd like me to send you a copy of the script.

'Who controls The Drones In My Sky?'. Since this subject has been chosen for the next Assembly i have began to research the subject and what a subject it is.

What is a Drone?

Can we stop Drone development?

Should we stop Drone development?

Is the ubiqutus use of Drones inevitable?

I have been asking myself all of these questions and more.

Here is a good video that looks at Drones in the U.S

Congratulations to Small World Theatre who's proposal 'Who Controls The Drones In My Sky?' was the chosen subject for the next Assembly