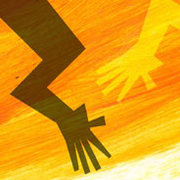 Two years ago a group of Somali poets from Butetown walked into the National Theatre Wales office and said they wanted to make a show...

Their award-winning story begins in Somalia and sails to Cardiff’s Tiger Bay.

On the 3rd March you are welcomed to Butetown to be part of their story. Join us for two parades, intimate house visits, a parliament of poetry and a beautiful finale across the harbour.

De Gabay will take place on Sunday 3rd March 2013, in and around Butetown, Cardiff.

Step One Enterprise in the building for personal development

Self progression is essential for the kit we carry to improve and believe in hidden muted talent that needsto be unlocked, we started a course Monday the 5th November, so yesterday we had a good…Continue

You need to be a member of De Gabay to add comments!

here are some of his poems in English

A great role model in the eyes of literature for everone died last night, may Allah have mercy on him & forgive him for his sins,

De Gabay group purchased tickets to go see him last year in Swansea for a show that was called Somali Poet On Tour, but unfortunately he couldn't make due to this illness that eventually caused his death in Oslo,

Enthusiastic, intelligent and full of inspiration although i never meet him in person we surely meet on the same page.

Organizers of Somali Week Festival and their partners mourn the death of Maxamed Xaashi Dhamac “Gaarriye”, one of the most famous living Somali speaking poets. Gaarriye’s last night premature death reaches us few days after the death of Faisal Omer Mushteeg, an other prominent artist. The organizers of the festival, their partners and the visiting artists share the loss of Maxamed Xaashi Dhamac “Gaarriye” with his family and friends.

Our heartfelt condolences go out to his family, friends and colleagues.

Watch this clip ( the upright man)

We're running a workshop in Butetown tomorrow and have a few more spaces free so if you're interested please let me know and I can put your name down. Details below:

Unlocking the Secrets Behind Residencies & Grants led by Ivy Alvarez on Wednesday 30th May 10am – 3pm at The Culture and Media Centre @Loudoun Square, Plas Iona, Butetown, Cardiff, CF10 5HW
Course outline:
Residencies and grants are highly sought-after by artists and creatives, since it enables themto take time out to focus on their art. This workshop helps you to:
With kind regards
Leanne

Thanks Amelia - thanks for the heads up.

Some of the guys met up with someone last week.

Hey guys! Hope you're all doing well. Just seen this on Twitter and thought I'd spread the word... x

looking for people of Somali origin for channel4 drama. No experience ness. Email age, and photo to runopencasting@gmail.com

live from the Horn Of Africa: i report to NTW, i've got my hands on material already, well its 33 degrees and we drink hot tea to cool down try that for a change, i love you all and peace out..... send me some more info about the course below can i do it online?

Comment by Leanne Rahman on May 5, 2012 at 6:58
NeA Training now available from BVSNW!
Thanks to a £20,000 training grant awarded by the Arts Council of Wales, the Black Voluntary Sector Network Wales are pleased to announce a new programme of professional development opportunities for Black and Minority Ethnic artists and creatives in Wales.
The NeA (Nea Ananse) programme will host over 10 courses delivered by highly trained experts from organisations such as Arts & Business Cymru, Cardiff Metropolitan University and Creative and Cultural Skills Wales.
Courses will focus on Networking – Finance – Leadership – Event Planning – Time Management – Pitching – Exhibiting – Marketing – Sponsorship – Business Planning. This grant means that BVSNW can offer courses at a flat fee of £20 saving participants potentially hundreds of pounds.
For programme information and to book places visit www.neatraining.co.uk or contact Leanne at info@neatraining.co.uk or call 02920 440188 Find NeA on Facebook and follow on Twitter @BVSNW
Note: Travel subsidies and free places available depending on individual circumstances.

hey World .... a big thanks to every one that made it possibly to perform specially to the the Dream Team MATILDA LOPEZ, GAVIN PORTER & YUSEF MOHAMMED (GURAY). In the canopy of respect we thank everyone for supporting us and we  have learned so much and wish we taught you guys a thing or 2.lool DONT FORGET. 3 LITTLE BIRDS WILL CONFESS ONCE AGAIN BOB MARLEY.