Originally from the Valleys (capital 'v'), I am co-founder of a community arts organisation called Wing&Prayer. A serendipitous series of scholarships, projects and people took me to India, Bosnia and Germany for a few years before settling back in Wales. Have a mad passion for the theatre and lots of ideas and energy, which combined make me an aspiring director. My first production was 'The Vagina Monologues', the most recent a Sanskrit comedy called 'Bhagavadajjukam - The Master-Madam'. Currently doing an MA in Islam in Contemporary Britain and working on a youth theatre and film project based in Splott.

Emily trained with Odin Teatret actress Roberta Carreri in Denmark, and leads on Kindle’s movement and rhythm elements of performance practice. She studied flamenco dance in Granada, Spain. She is also a keen writer and has reviewed for Total Theatre since 2010. She writes text, dialogue, poetry and songs for the company’s devised performances and often acts as dramaturg in the large-scale ensemble pieces. 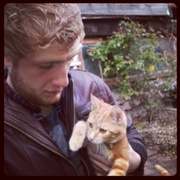 First made a piece of theatre at the age of 10 for my parents and a next door neighbour. It received poor reviews. Have always loved storytelling, making things, seeing things and people. I write stuff, make short films, and run a theatre company with two close friends. I’m 24 years old. When I’m not making theatre I work as a freelance media-workshop practitioner.

Geraint graduated from Glamorgan last year and now works as a performer. He has also been writing and directing a few theatre pieces and volunteers in a charity shop on Thursdays. He lives with his Mam and Dad in Swansea - his theatre works talks about the experience of being a young person in Wales today.

I studied English and Drama at Sheffield University and due to the nature of the course was able to play around with writing, directing and acting. This has left me with no clear path, but a love for all three. Recently I set up ‘CloseKnit Theatre’ with two other Sheffield Graduates. We took my first play, ‘A Preoccupation with Romance’ to the Fringe last year, survived living in a flat of 11 with one shower and received a 5* review.

Born in Germany in 1988, I was on stage for the first time when I was three years old. From that day on I continued standing in front of an audience until I worked with a theatre of homeless people in 2010.

It was then that I understood the importance of theatre and    my interest shifted from being a performer to working in the community, to being a theatre maker.

I decided to come to Wales in October 2010 to study Applied Drama in Newport and I have now finished my second year. 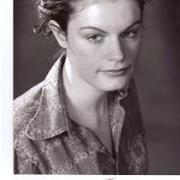 Since training at Rose Bruford College Simon has played from Glasgow to Portsmouth, from Scarborough to Shanghai and has become a “Stalwart” for Northern Broadsides Theatre Co.

In 2009 Simon founded Pigtown Theatre Company based in Conwy.

Lowri (25) is a writer and director from South Wales. She has worked in Spain and across the UK, in English and Spanish. As dramaturg/writer, Lowri created three shows with award-winning site-specific theatre company 19;29. In 2010 she began writing for bi-lingual theatre company Teatro Entre Escombros, with whom she most recently premiered Fuga Per Canonem at Escena Abierta Festival in Burgos. She wants to make theatre that communicates the ‘new human’ of our complicated era and create joy, on stage and off. As a performer she has  trained in Suzuki and Viewpoints.

The areas that I mainly work in are performance art, pervasive gaming and theatre. A lot of my work is centred around audience interaction and takes place in non traditional theatre spaces. I try to experiment with different combinations of techniques from different disciplines when creating new work. I would say my strengths lie in audience interaction, improvisation and creating site specific pieces. One of the main focuses of my work is to give people an active experience opposed to a passive one.

I’m currently training as an actor at LAMDA, following a 2 year performing arts course at Gower College Swansea. While studying in Swansea, I had an opportunity to write scenes for a devising project. I enjoyed the writing process and was given an opportunity after this to develop a piece for Hijinx Theatre. I don’t come from a Theatre orientated background, and so am slowly finding my feet and trying to find my style of performance and writing that suits me.

My name is Maeve Meena Scullion, and my life is generally a shambles within a drama within a pickle. One half of me owes its ridiculous composition to my Indian ancestry, wrenched from the very heart of Gurjurat (same city state as Gandhi, just saying) whilst the other half owes it’s equally ridiculous genetic makeup to Armagh, the ecclesiastical capital of Northern Ireland. Despite these somewhat various roots I was, indeed, born and raised in Pontypridd, and grew up literally within a valley. This all leads to one confused girl, trying to make the best of it. 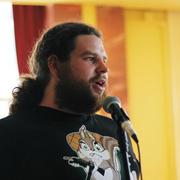 My background is in theatre but over the last year I have been writing and performing spoken word pieces around the UK. I am a strong believer that the performer has two main jobs firstly to entertain and secondly to be the first to tackle new territory and address the difficult issues, so this is what I have focused my work on. I have been using spoken word as a medium to do this by using the performance aspect to both entertain and emote, and the poetry to inform of my subject. I have also been teaching children of various ages to use both poetry and performance to express themselves and also to get a greater and more detailed sense of their surroundings.

A theatre maker working in devised theatre with experience in classical music and physical theatre.  Currently on the Yr Odyn Artist Development Programme with Volcano Theatre, she was recently the NTW Emerging Director placement on Little Dogs.  Recent productions with her company, The Space Between, include producing ‘Workin Process 4: Cross Platform’ with Iris Theatre  and directing new devised pieces ‘The Burials of Thebes’ and ‘An Alternative Christmas Show’.  Previous work includes two solo shows: ‘Iphigenia’ (2006) and ‘The Opposite of Waiting’ (2008-2010).  She recently graduated with an MA in Advanced Theatre Practice from the Central School of Speech and Drama.

On graduating Olivia worked as an Associate Artist with Triangle Theatre, training in their Immersive Museum Theatre Practice and representing the company nationally and internationally. For Kindle Olivia leads on the visual direction of the work, combining fine art composition with her passion for new form in theatre. She has a special interest in Food and Performance and leads on the company’s Edible Narrative strand, designing projects and researching ideas to be put into development.

I’m a London-based writer and performer originally from Texas. My work is strongly rooted in autobiography and usually takes the form of hybrid pieces of theatre and storytelling, sometimes with an element of drawing or projection. I make shows for theatre spaces, intimate up-close performances and one-to-one pieces. I have shown work at BAC, The Basement, Stoke Newington International Airport, Camden People’s Theatre and The Yard, where I’m an Artistic Associate.

Rachael Young is Joint Artistic director of First Floor Theatre; she is an experimental performance maker with a particular focus on biographical explorations. Rachael has a keen interest in collaborative theatre making, spoken word and physical theatre. In March 2012 Rachael toured in dark Comedy Mummy Mafia, which she produced, and co wrote. Rachael has performed in and created work both in the UK and internationally.  Rachael has worked with companies such as: Contact Theatre, Nottingham Playhouse, Theatre Royal Nottingham, The Core at Corby, Lincoln Drill Hall and Tara Arts.