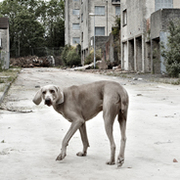 From
SHAKESPEARE and BRECHT

From the team that created our startling version of Aeschylus’s The Persians on the military training ranges of mid-Wales, the story of Caius Martius – Coriolanus – is re-imagined in the era of 24-hour news, of celebrity culture, and of a new global politics.

Tickets for Coriolan/us are now on sale. Book now via Eventbrite online, or call Wales Millennium Centre on 029 2063 6464 for telephone sales.

If you would like to join us for the coach transfer from (and back to) Barry Station, please book that separately here.

Are you going to Coriolan/us but would like to be a bit green and share a lift? Post here if you would like a lift, or can offer a lift, and remember to say which day you're going to the show. If you…Continue

You need to be a member of NTW21 - Coriolan/us to add comments!

I would really love to get involved in this production somehow, let me know how I can, Thanks, Carmen

The sound experiments continue... A quick photo post on my community blog page.

always located and always camping mike - bring on the caravans

Starting the year with a small 80's caravan remix on my community blog page...

A nice set of stills from the opening of The Persians has just been added to chronology #2 of my archive.

Some incomplete thoughts beginning on my community blog page - in the hope that they might join up with others later...

A day in Cardiff. Mike and I met a cast of fourteen actors, with colleagues from the Royal Shakespeare Company and National Theatre Wales, for an open cold reading of the full unedited text of Coriolanus, amongst an informal gathering within the public space of the Senedd in Caridff Bay. Culminating, as the building closed its doors for the day, out in the last of the afternoon sun, on the building’s steps.

My sincerest thanks to everyone involved. Being able to meet the text, animated so directly, in public space, was even more useful than I had hoped.

Comment by Matt Ball on September 28, 2011 at 14:41
see Catrin's post about a read through of Coriolanus at the Senedd.