The New Critics' Reviews of The Beach

Dylan Moore and Megan Jones are National Theatre Wales and Academi New Critics. They are both part of a scheme that supports their artistic development as Welsh critics. They both came to see The Beach, our 5th production in Prestatyn in July and this is what they both thought of the show:
Dylan Moore…
Continue

Charlie and TJ: "We did it!" Thanks to everyone!

Thanks to everyone who responded to their online call for help through their secret page (Facebook) and who came to The Beach to bring the Missing Generation back to Prestatyn.
Charlie and TJ couldn't have done it without you.
In the words of TJ: It was FANTASTIC!
In the words of…
Continue 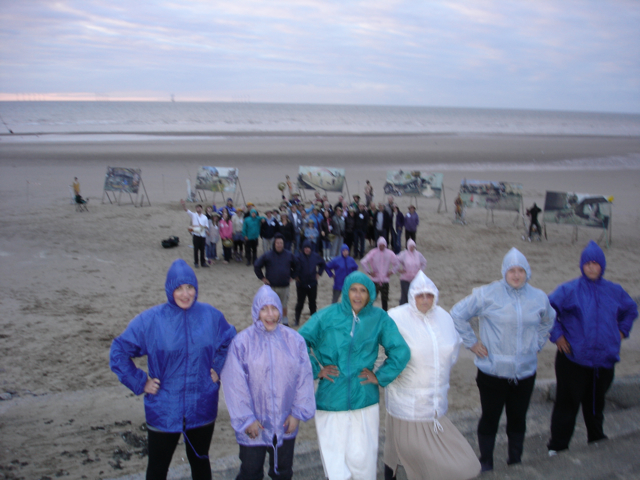 Our final show of The Beach on Sunday 1st August. It was a glorious day. The sun peeking out through the clouds on the teams on Prestatyn Central Beach as you all shouted out the names of your hometowns.

Here are the photos of each team, with their allocated billboard, pitching their ideas to bring back the… 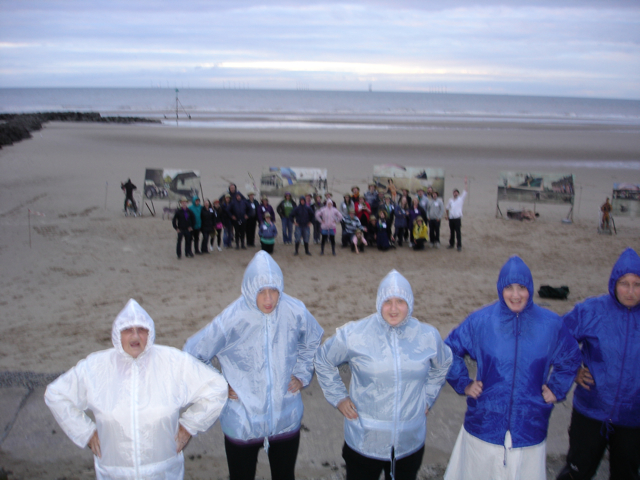 A beautiful day on Prestatyn's Central Beach made for some lovely photos of our Teams from Saturday's show. Here you all are, posing for TJ, shouting out your hometowns.… 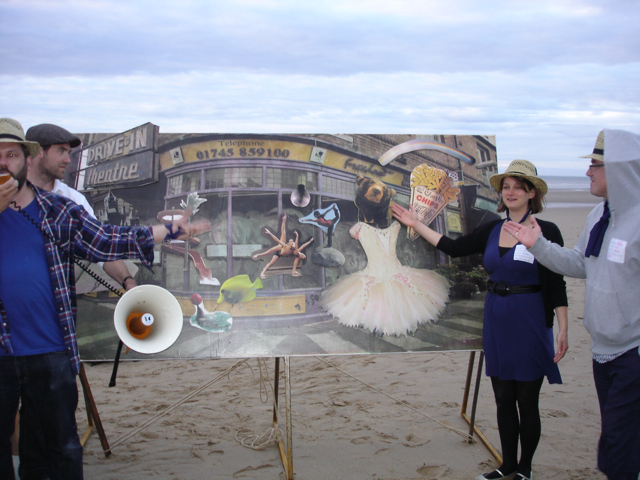 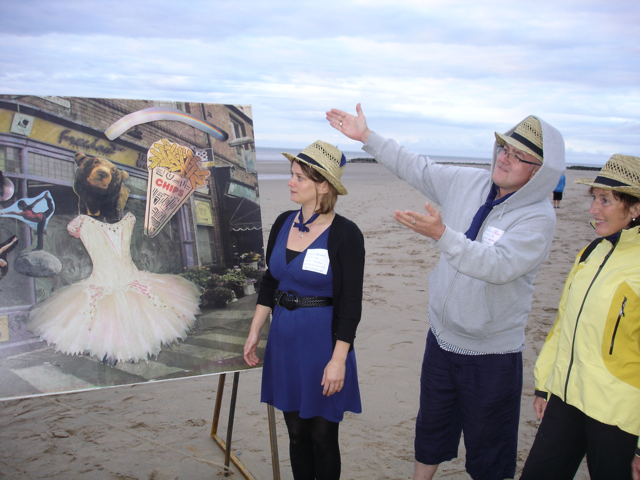 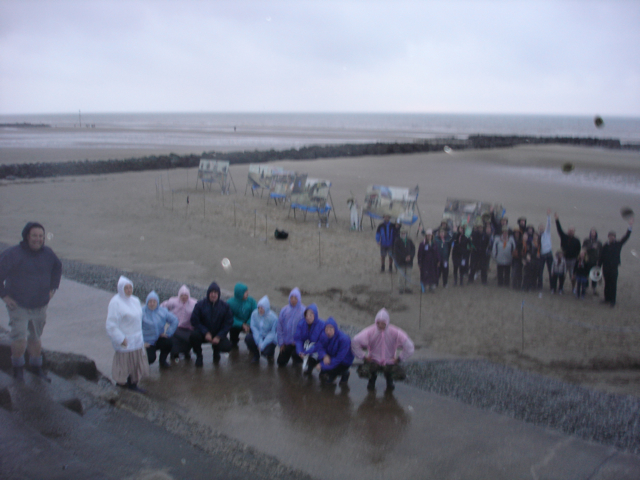 Friday was our rainy day but everyone battled against it to make a wonderful show happen. The Teams were total stalwarts - congratulations everyone! Here you are in TJ's leaving pic, shouting out your hometowns... 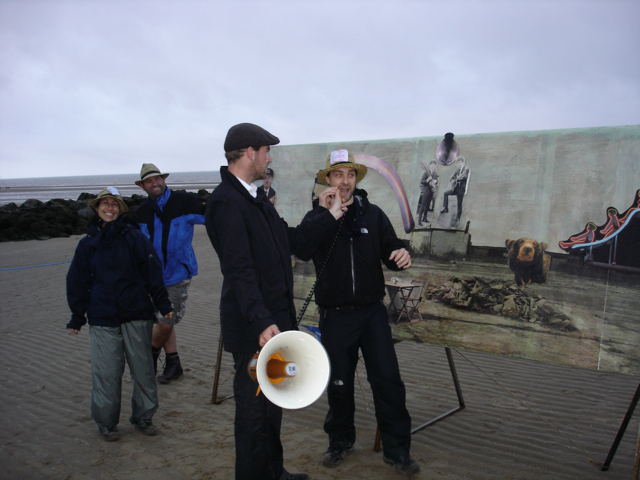 The Blue Team and the Tescos Wasteland… 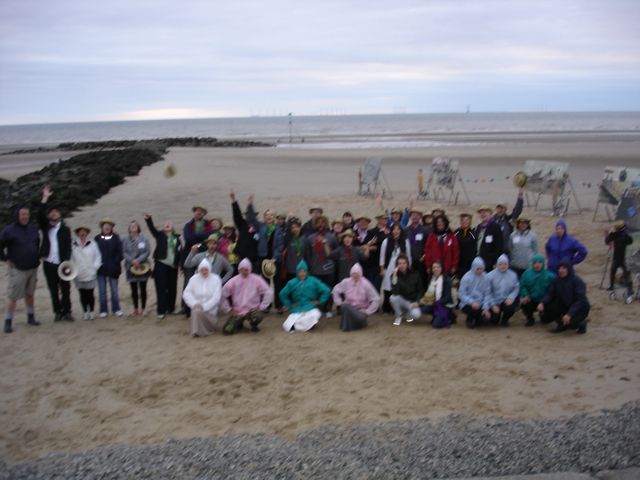 All the teams from the Thursday 29th July show, all together, shouting out their hometowns. 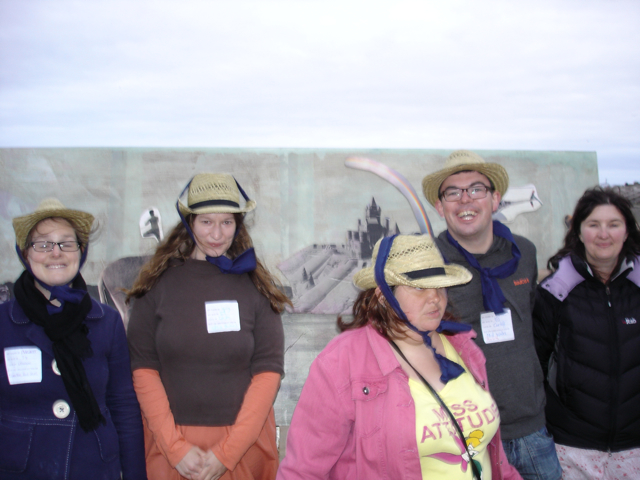 I think I'm in love.

I'm not quite sure how to say this... Aw! Bugger it! He who dares. I think I've fallen for Mike, when I see him my heart skips a beat I start to sweat and get moist in areas I never thought could get moist. He makes me smile. I can't help acting like a child around him though, can anyone help me and give me some advice? Last time I cruelly mocked his feet, I said they reminded me of hobbits and they were disgusting. Curse my damned mouth.! What I couldn't say is that I wanted to Cuddle up to… Continue

For all of Charlie and TJ's video diaries leading up to their mission to bring back the missing generation, take a look at this mega-playlist that Carl has collated where you can see everything in one place in chronological order. Catch up.…
Continue TJ took this photo of all the teams from the second performance of The Beach, all gathered together shouting out their hometowns.

He also took photos of each group individually and the billboard ideas they were pitching to Charlie so that he could bring the missing generation back to Prestatyn.… 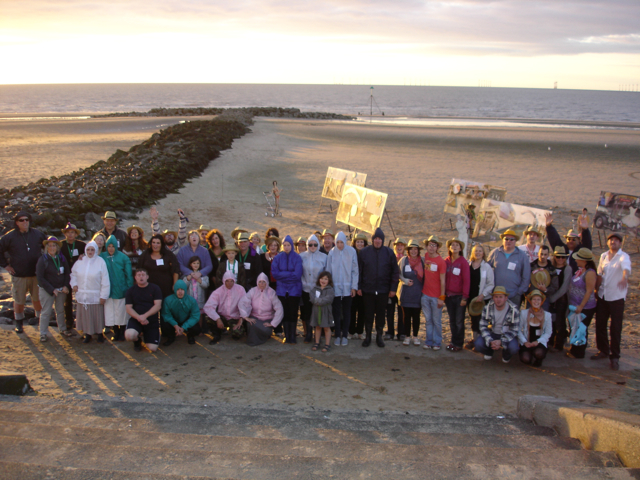 TJ is a keen photographer. He took this photo of all the teams from the 27 July performance all together on the beach, everyone individually shouting out the names of their hometowns.

My name is… Dylan


I live in… Cardiff


But I’m originally from… Mid Wales

I WILL get the hang of this YouTube malarky! - me and hols had a great time at the party - over to Holly - she's much better at this than me - Thxs so much 4 makin this a peformance 2 remeber & thank you for putting us in the brocher, we r 4eva greatful, luv Holly… Continue

THE BEACH on the beach prestatyn 27th July 2010

photographed Tuesday, played on Wednesday, went to the party on Thursday night -… Continue

'What does a Welsh person sound like?'
(Silence)
'How do I know?!'
So after the initial reaction to the huge question, I began to think about the details of my utter cluelessness and realised it wasn't through a lack of knowledge that I couldn't answer this question: it was because there was a full warehouse in my brain with a zillion different answers and I couldn't fathom where the beginning…
Continue

A week of retraced journeys. First as I set off for Manchester to catch the last couple of days of Contacting the World – a wonderful initiative which brings together 12 companies of young performers from across the world in a year-long exchange of ideas, inspiration and ways of making theatre. It all culminates in a week long festival at Contact, Manchester, where I was Artistic Director before coming… Continue 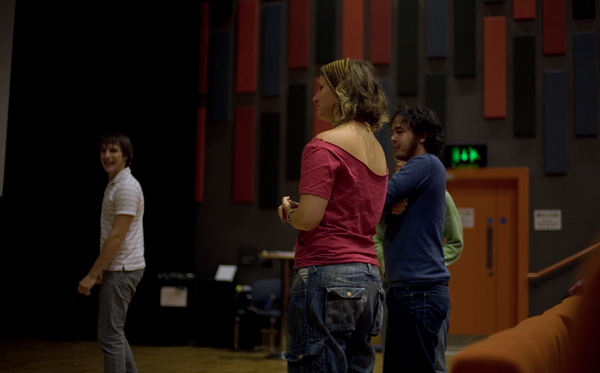 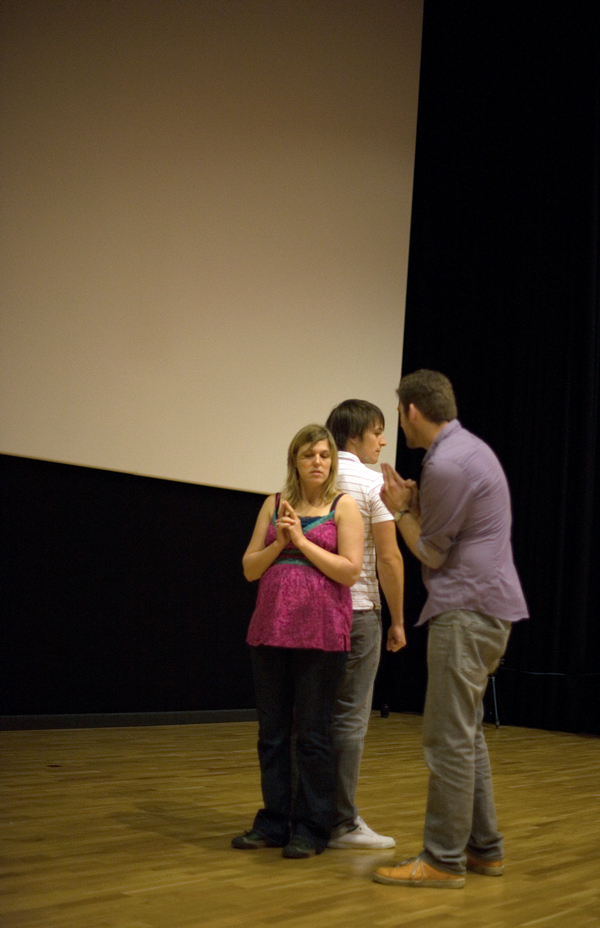 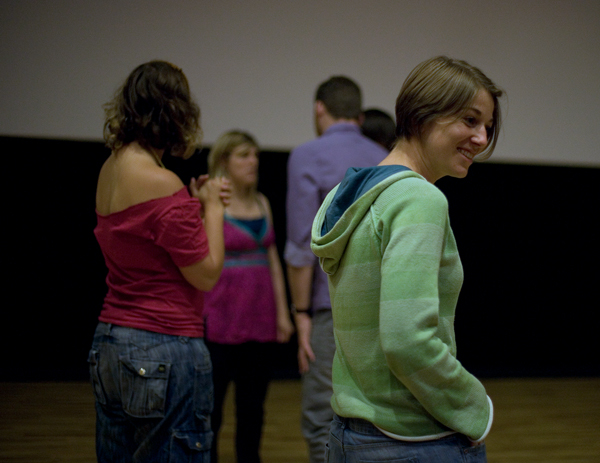 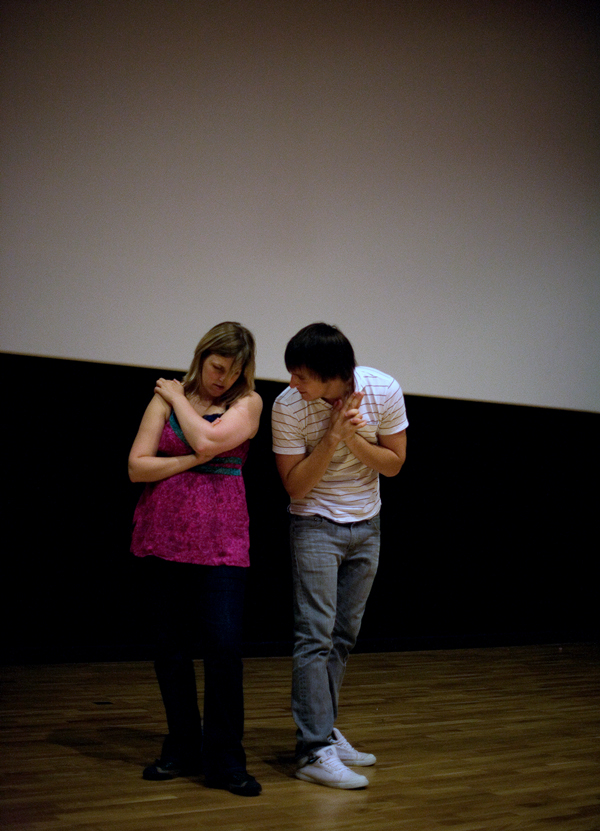 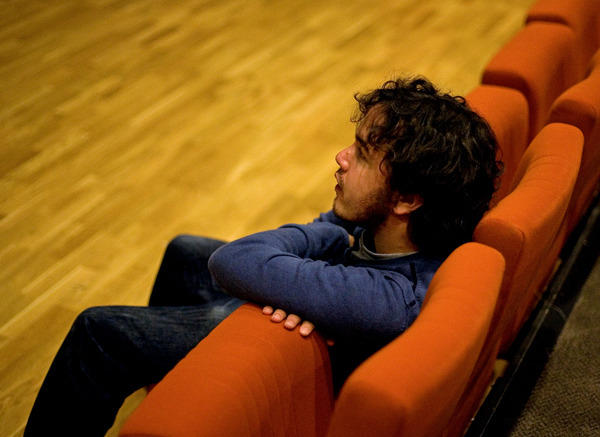 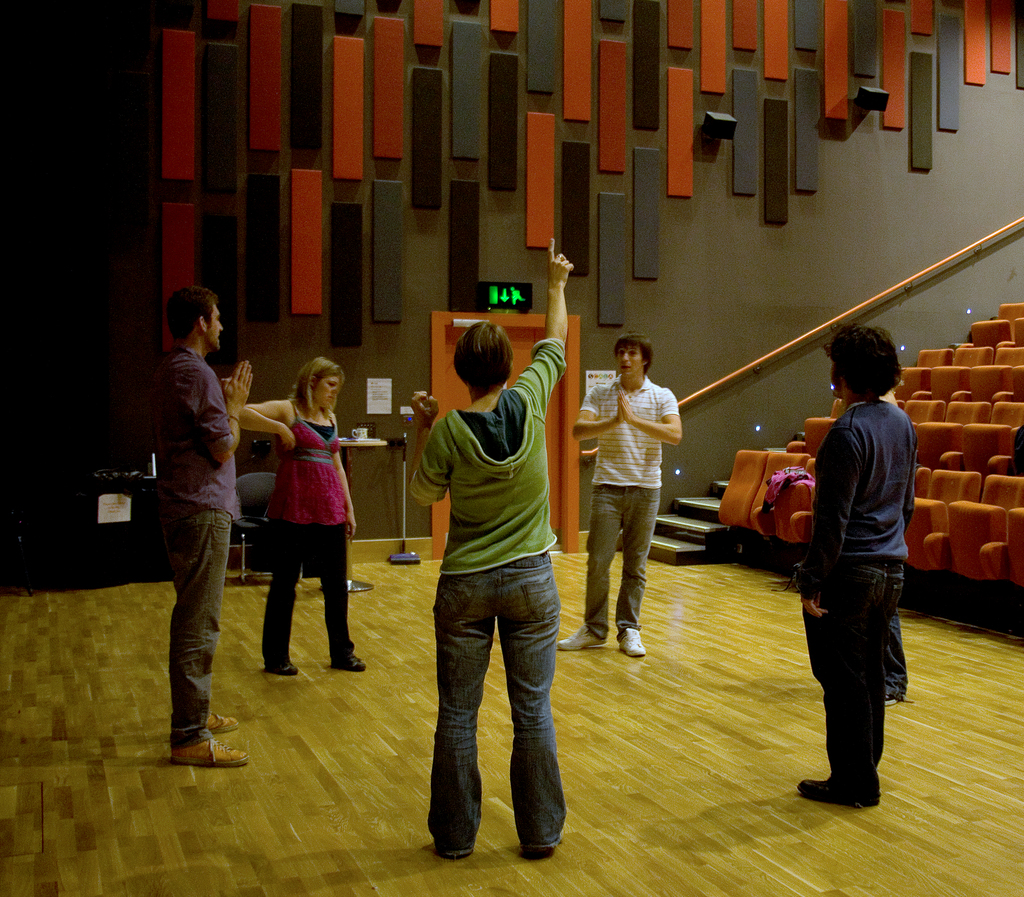 looking forward to tomorrow's performance - see you all on the beach! Continue

Charlie Prestatyn wants YOU to join his secret mission

TJ uploaded this video on his Facebook profile. It's of their second day in…
Continue