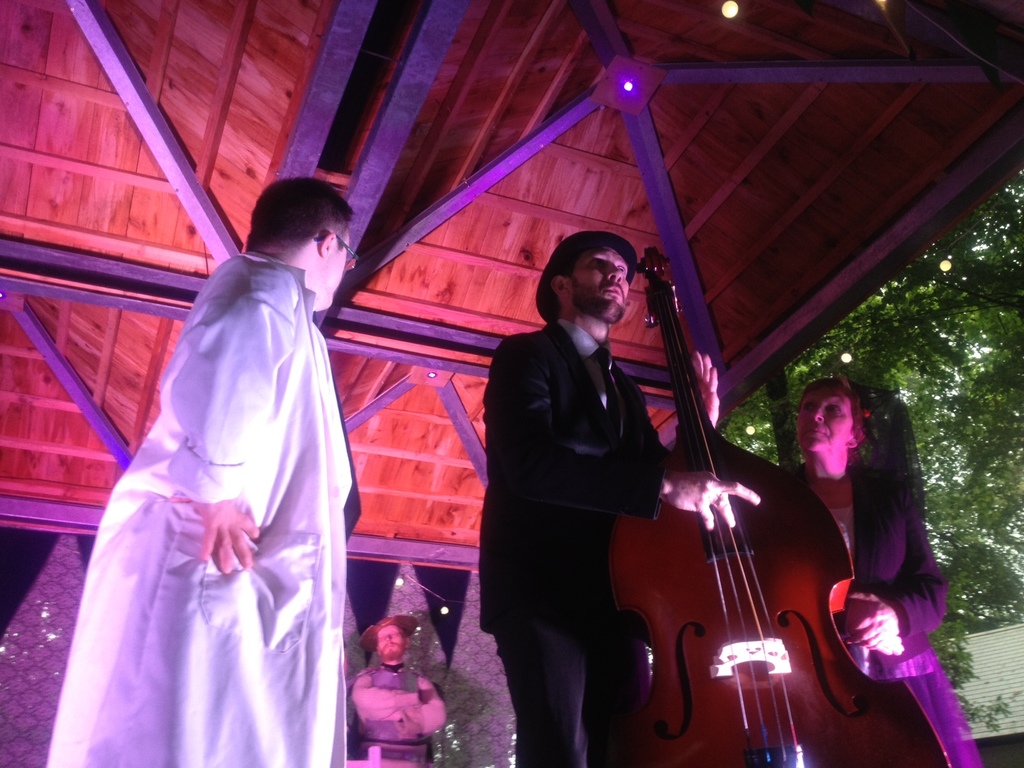 After a day of relentless rain (I personally changed clothes three times and boots once to prepare the Woodland Pavilion for a potentially soggy night of outdoor theatre) Hijinx humbly arrived and set the stage for 'The Adventures of Sancho Panza.'

The performance was warm and witty and worked so beautifully on our little wooden stage in the woods. The audience…

This  National Theatre Live screening was part of the project to broadcast live to cinemas from the London stage . It gives access to London productions at convenient locations for a fraction of the  ticket price. This performance was an encore of a broadcast on 13th June from London’s Gielgud Theatre, repeated due to the high demand.

The productions take the cinema audience into the theatre, as the  audience arrives. There is usually an introductory…

Following the success of SHERMAN SWINGERS last year, Sherman Cymru are pleased to say it's back for a second year! We are challenging another group of talented writers, directors and actors to create 20 short plays from scratch in 48 hours. A promenade performance around Sherman Theatre will take place on Sunday 14 July.

Well that was a whirlwind of a week.

I travelled up to Anglesey on Train on Friday morning, 5.05am, with crust in my eyes, to get involved in the WalesLab DIY festival that was taking place on the Saturday and Sunday, hoping that the experience of a free spirited creative experience with creative people would set me up ready to direct my first assembly, rehearsals starting on Monday.

Good morning everyone my name is Rowena Scurlock, myself and Dean Scurlock are in the process of setting up a new writers theatre company.

The name of such is called 'Leftfield Theatre Company' and we are looking for completly new scripts that never been performed before but they have to be audacious, daring with strong social commentary.

If you're interested in having your script looked at please email:…

A conference was held in March about sustainable theatre.

Hosted by White Light and Julie's Bicycle a lot of suppliers attended from set recycling companies to solar powered site lighting suppliers.   My favourite was a man who takes a pedel powered projector around Africa showing films in villages that have never had electricity.

There was an accompanying conference where theatre designers, set construction companies, festival organisers and lighting suppliers…

When NTW came to Anglesey I had no idea that I would be allured back into the performance world and inspired to be creative again. It's been over 3 years since I have fully engaged in the performance world, having previously been a full time Live Artist for 7 years after graduating in Contemporary Theatre Practice.

Hugh Hughes story shop offered me an open door to a misplaced home. A home that welcomed strangers in, to leave as friends. Since moving to Anglesey I have…

We are looking for a Production Manager for our production; Tonypandemonium.

Rehearsing in Treorchy in September and performing there in October.

We are looking for an experienced PM, preferably with a technical background.

We are looking for a Production Manager for our production; Tonypandemonium.

Rehearsing in Treorchy in September and performing there in October.

We are looking for an experienced PM, preferably with a technical background. 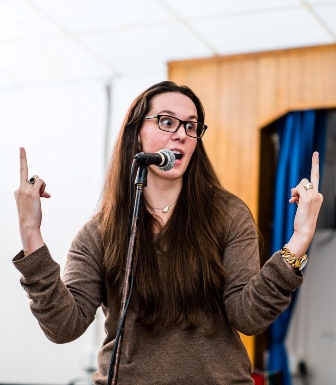 Crash Test scratch night for work-in-progress returns tonight. As it’s the summer (and we’re even getting sunny weather) we’ve moved the night to Boulders Arts & Craft Cafe/Bar in Borth (above the Nisa Store) so that you can enjoy performances being tested out in front of an audience for the first time and the amazing sunsets over Borth.

The usual eclectic mix of…

For me the WalesLab Pollinate summer camp was a wonderful success. Its been a few days since I arrived home from summer camp and since then I feel quite revitalised. In those two weeks I met some really amazing people and had an absolutely wonderful time working with them all in different ways. As I was the only sound based artist there I felt I had a place and a role, and the role was utilised well.

DEPARTMENT OF ENJOYMENT AT PENPONT

THE TEMPEST ON FIRE

Praxis Makes Perfect will soon be appearing again in its festival incarnations at Latitude and Number 6 Festivals, and it's wonderful to be reminded of that bank holiday weekend in May when a corner of Carfdiff became a branch of a worldwide revolutionary movement and declared that 'Reading is Resistance'.  A number of people have been in touch since then to ask for the recipe for our infamous Champagne Socialist cocktail (it's a secret I'm afraid!) and also to ask about the marvellous folk… 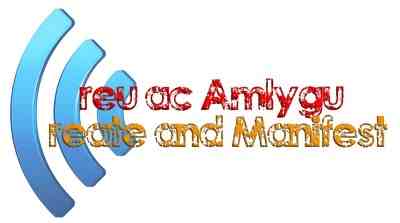 There are still a few spaces left for this FREE event on Friday 28th in Aberystwyth Arts Centre.

Would LOVE to see more writers, dance practitioners, designers, musicians attending so please book yourself a place and join in the…

It's Alive! in Treorchy.

Last night was the final evening of a handful of sessions in Cwmparc, thanks to - Catrin Doyle filmaker, Jeff Jakers writer, performer, and musician Laura Bradshaw for getting us to use our voices again.

The beautiful building in Cwmparc is above Treorchy Village on a hill, with lovely veiws of the high mountains curving behind the building,we began last night in the sunny garden/reception area,and went in after warming up vocaly with more singing, making shadow images and devising…

On our way to World Stage Design Festival

We wanted to share with you our latest project The Incurable Imagination of Anthony Jones - a performance exploring memory and how it shapes who we are, and what happens when we lose our memory.

We've been invited to bring the show to the World Stage Design Festival in Cardiff in September, and we're fundraising through Kickstarter to raise the money we need to take advantage of this opportunity. We're also hoping to tour the show across Wales…

After all arriving in sunny Llandudno and being briefed on the project we got to work. We set up the CB's and started to listen and get absorbed by the white noise that comes from them. We played around with the transcripts reading then to each other over the CB's  in different rooms of the beautiful house we are staying in. We experimented with the idea of being in the room watching Budgie hopelessly call for a Devil women that never answers or being an audience member in the room listening…