From Dion & Jason in Caernarfon, have a great one.…

Thank you for your kind responses to the call for Welsh support to the 2010 Global Call for Theatrical Action: ‘There is a Field’ originally organized and written by Jen Marlow. Jen (not least myself) was moved and amazed by the worldwide response. 40 cities in 18 countries read or…

Our website is now updated with all our new courses for the Spring term, both in Cardiff and the VoG. We are offering 10% off enrolments made in December.
Drama and Healing: Explore drama and theatre in…
Continue

It was a collectively quick decision. After the Newport Assembly I felt the need to follow it up with something solid, a performance, another opportunity to be part of the day to day life of Newport. Marega, Dino and I had talked over a few beers back in November and felt that if the Assembly was to mean anything we had to be proactive in creating a new liaison. We had just met during the days we spent pulling shapes in the Empty Shop window but there was a nice bubbling feeling after… 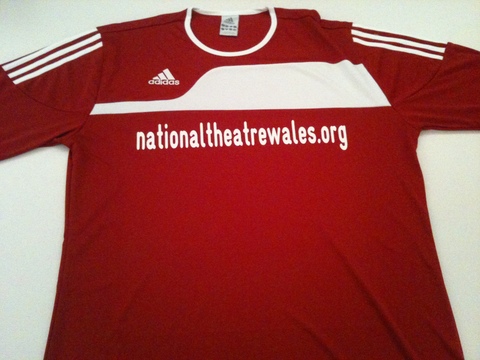 Another first for National Theatre Wales?

We've been working with the Butetown community in Cardiff for over a year now as part of The Soul Exchange show in January 2011. As well as seeking out local talent to use in the production, through TEAM we've looked at unique marketing ideas and how to get the message of National Theatre Wales out to those who may not…

David Harradine give's us an insight into The Weather Factory, the experience and the journey.

There is a field

New Play based on real events

Aseel never had the chance to grow up.

I received this update on the increasingly disturbing situation in Hungary - and the attacks on the arts there, and on Hungary's National Theatre. John

This letter, issued by the Hungarian Critics' Association is to call the attention of the international media and theatre community to the intensifying state and political control over arts, culture and media in Hungary. 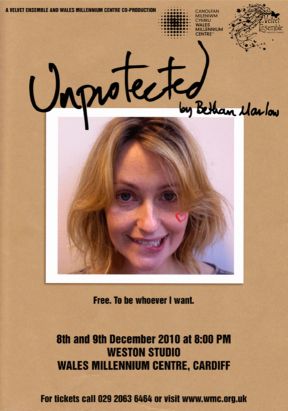 Velvet Ensemble were in the WMC’s Weston Studio earlier this week with their first full production: Unprotected written by Bethan…

While we wait for Caernarfon Assembly footage, here is the Assembly trailer...So far

Congratulations to our 2500th Community Member

It just goes to show how popular our Community is, people just keep on joining and Zoe from No Fit State wins 2 tickets to see our next show, Soul Exchange.

When I contacted Zoe to let her know she said "Been meaning to join for ages but sometimes timing is everything!"

Don't forget about our current show, now on in Penygroes near Caernarfon - The Weather Factory, go to our… Continue

Boxport: an exhibition by Emily Prescott from Newport TEAM


Emily, who you can see performing in this video alongside John and her mum Merel (who I think filmed this?) are three wonderful members of our Newport TEAM.

They have created BOXPORT - an exhibition of the future of Newport in the Empty Shops Project. It's on til this weekend so if you're round that way, go and see them! The exhibiton is full of Emily's photography, painting, poems and of course - BOXPORT! Congratulations all… Continue

I've created a new blog page for my novel "Yer Blues" (an ideal Christmas present, etc), including synopsis, links, and an endorsement from a top Welsh playwright:- http://yerblues-novel.blogspot.com

Theatre Company Velvet Ensemble is back in the WMC with their first big production; Unprotected. This time as ‘graduates’ of its annual Incubator Project (2009) and we grabbed the chance to talk to its producer Victoria “V” John and writer Bethan Marlow during rehearsals in Cardiff, in an unexpected rehearsal space; rather than in a WMC…

We're delighted to announce today that National Theatre Wales has been asked to collaborate with the Royal Shakespeare Company and the London 2012 Festival to create a new piece of work as part of an extraordinary international programme.

We have asked Mike Pearson, Mike Brookes and the rest of the creative team from The Persians (Simon Banham, John Hardy, Pete Telfer) to create a unique new theatre piece based on Shakespeare's Coriolanus. Here's the news as announced by the London…