Young Critics Review - Children Of Mine, by Charlie Hammond

Jermin Productions Presents: Children of Mine

The tagline for Children of Mine – ‘You Can’t Bury Sorrow’ – brings with it an implication that the disaster at Aberfan has largely been forgotten in recent cultural memory, and that the story of the 116 children and 28 adults who were suffocated by the collapse of an unstable coaling pit onto Pantglas…

Picture from rehearsals of this great new work by Greg Cullen opening today at Chapter. 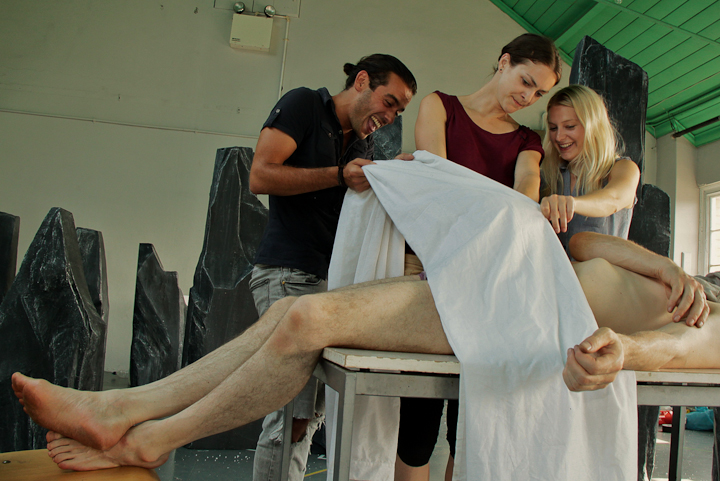 Photographed the dress rehearsal ahead of tonight's opening - it's a fantastic show.

Will make you gasp and laugh in equal measure. Saturday already sold out. 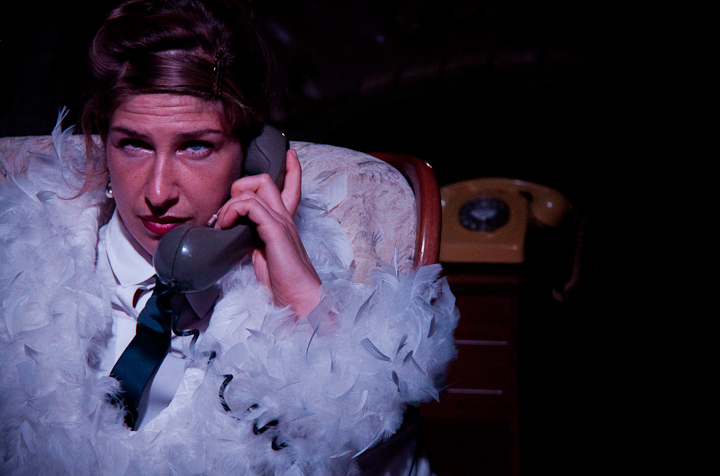 It was a Sunday, it was tempestuous weather at times and it was an open and random plan that we had with no idea how long or how far we would walk. Ten mighty brave souls pitched up outside the Westgate Hotel and at 11.15am we followed Marega Palser towards an unknown destination located with in the city.

Marega had given us small stick-on eyes and told us that we should stick them on anything that caught our eye. I have to say that the first half mile took a long time as we all…

Do you get a kick out of talking about the beautiful game? If you fancy tackling a career in sports journalism, Bridgend County Borough Council could have the perfect opportunity to help you reach your goal.

After a day of rehearsals for The Radicalisation of Bradley Manning, a day focussed on the details of props and costumes, ins and outs, we settled down around a laptop at 6pm this evening to hear the verdict being announced in Bradley's case. Ironically in a case about information freedom and state secrets, there are many restrictions on press access to the military courtroom, and in the end it's via the twitter feeds of the heroic journalists who have tracked and championed this case from…

Reggie Watts disorients you in the most entertaining way - TED

My name is Tom Goddard and I’m Head of Learning at the Glynn Vivian Art Gallery.

What If Money Was No Object?

Plumbers, Electricians, Builders or General Tradespeople required in South Wales, male or female for a new TV documentary. Must be BIG characters and agree to be filmed in and outside of work. Please email any contact details to info@anytimefilms.com

Theatr Ffynnon is always looking for Volunteers to work with the Company, and our membership. Whether it is at our residencies & productions, or involvement with our smaller community projects we have on the go, or at our core weekly workshop programme, there is always an opportunity to engage and support us.

Whether you're looking for creative opportunities to develop your skills and drama/ arts techniques;  to build your…

"Sonnet 29" by William Shakespeare ("Fortune and men's eyes") from OTHNIEL SMITH on Vimeo.

Ok Folks, this is it!!!! "FALLEN" opens on Wednesday night at Chapter Arts Centre at 8pm then runs to Saturday night, (matinee Friday at 2.30pm). ONLY FIVE CHANCES TO CATCH THE SHOW this year. The cast are wonderful! The show is mad, bad, sad, hilarious and just plain wrong! Everyone is producing great work, from choreography to video, from Design to Music. I have great faith that "FALLEN" will be one of the highest quality pieces of work produced in…

Premiere of 'Wing it, Dusty' written by Teresa Hennessy & directed by Jennifer Scott-Reid

We had an absolutely fantastic evening at Theatr Gwaun, Fishguard last Saturday 27th July 2013. Jennifer and I cannot wait for our run in Edinburgh followed by possible dates in Cardiff and at venues throughout Wales. Please come along when the dates are announced. It would be great to see you and have your support.

Short, Sharp and Packs a Punch

Broken Souls' debut production, Shadow Boxing is a play with a heart that takes a look at male sexuality in a testosterone fuelled world. Flynn, an amateur boxer who’s desperate to go pro gives his life to his sport; not your average twenty something, he shirks drinking and sex to focus…

We (StoryWorks) are conducting a feasibility study into the idea of developing a small theatre and performance space in Cardiff. At this stage we are entirely open to what form this may take whether it's a new space or perhaps building on an existing space.

Our first port of call is really to gauge the feeling in the theatre and performance community in Cardiff (and beyond). That's where you come in. You can give us your thoughts by taking 5 or 10 minutes to fill in this short…