Taking China as our starting point, we want to take Year 3 (8/9 year olds) pupils on a journey to a different culture. We want our explorers to know what it takes to traverse the Great Wall, take part in Tai Chi classes, be able to say a few phrases in Mandarin, learn a Beijing Opera fan dance, take part in a tea ceremony, and learn how to make and use a processional dragon. "Once upon a time, there was a father and son, and a mum."

I’m not a writer – but over the years I’ve co-written lots of performance text. Some exist on paper, but most exist only in the performers bodies…

As part of the Lead Creative Schools Scheme I'm working with St Paul's Primary in Grangetown, Cardiff. We're currently looking to appoint a Creative Practitioner to work on a Numeracy project around time, distance & speed with a group of Year 1 & 4 students next term.

We want to be messy, fun and active. We might want to ride trikes in the playground, use the gym apparatus in the hall, or build a working plane out of Lego; learning should be through creative experiments and…

Next week is the third, and final, r&d week on Light is like.... 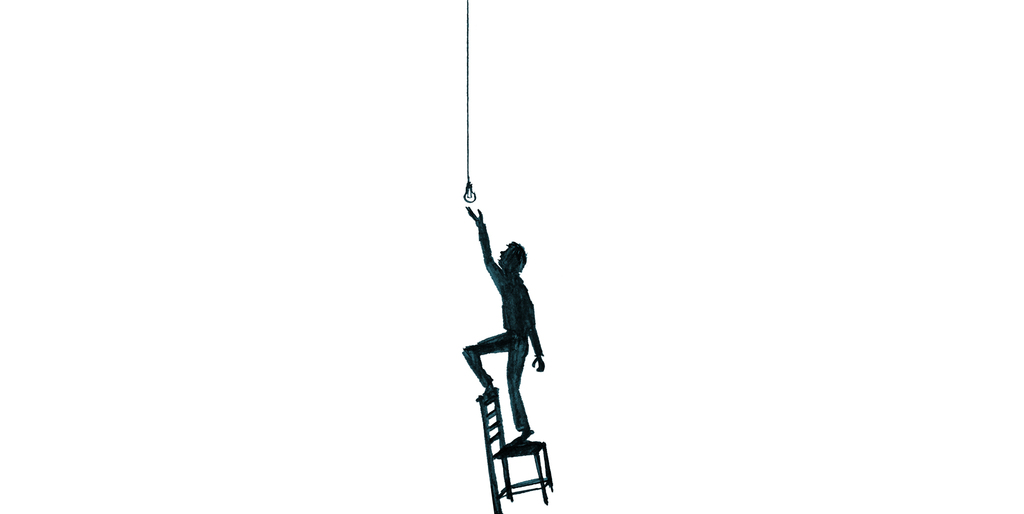 Last year we spent a week making initial explorations of the material and language we were working in - visual, aural, verbal, humour etc.

In May we spent… 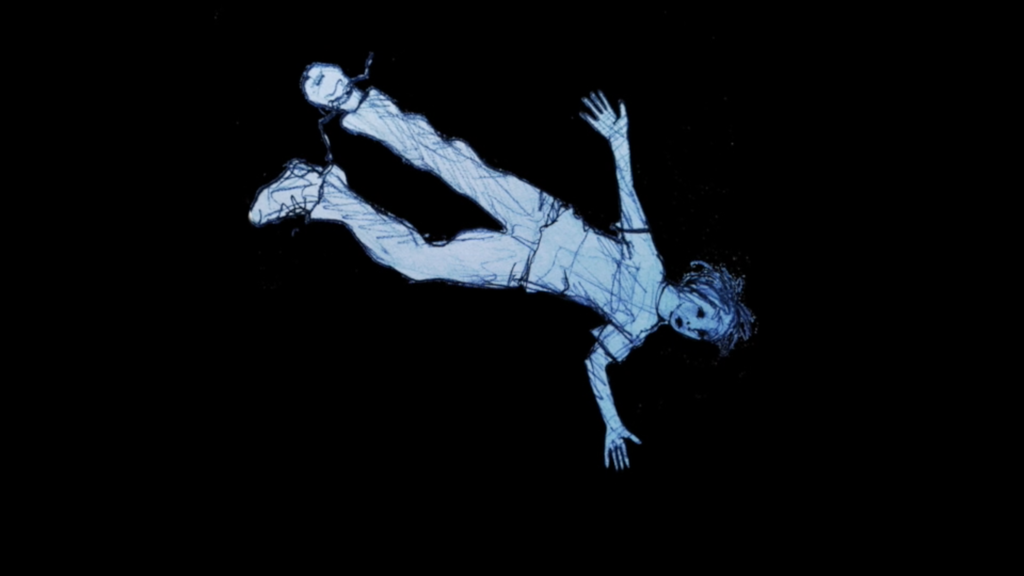 Its amazing how quickly it time has gone - the end of May seemed an age away when we first discussed it, but now its already upon us. The books have been read and the…

The night before you begin is always full of doubt. So partly to help me clarify & partly in a spirit of openness, which I hope runs through the way I work, I thought I'd share, with anyone who's interested, what we're working on and where we're at.

Tommorow we start the first stage of R&D on Light is like... a new…

Bottled: the story so far...

Here's what we've been getting up to in the first half of our week in Aberystwyth working on Bottled:

Some pics of our process:… 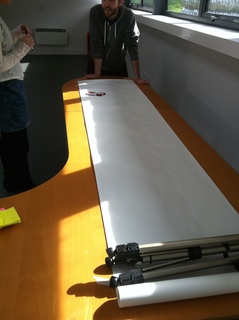 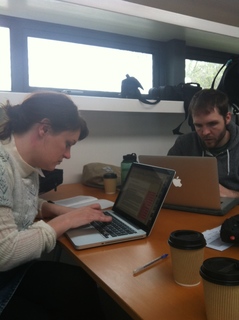 Last week was the first day of the Digital Producers Lab, an NTW/ Watershed/ ACW initiative to support and nurture digital producers working in Wales. You can find out more about what happened on day one, and the programme, on Victoria's blog.

We've been asked to introduce ourselves to the community, so I thought I'd explain my background and why I'm interested in taking…

A theatre festival for Wales?

This week the eyes of the theatre world are focused on Edinburgh for the British Council's biannual showcase of the best British theatre and dance, as part of the world's biggest arts festival. This year Arts Council Wales (ACW)  have supported companies to showcase their work in Edinburgh giving them the opportunity to " [...] present their work to international delegates and subsequently tour overseas."  We want to ask is there also a way to get these (inter)national promoters to come to…

Things I won't get to see in Edinburgh

Twenty years ago this week I made my first trip to the Edinburgh fringe, to perform in Brecht's Fear & Misery of the Third Reich. This started a bit of a love affair with the city, which has seen me be at the festival about fifteen times since, as a punter, programmer, venue manager, director, reviewer and performer. This year I'm not going to be there so I thought I'd share some of the shows I'm not going to see in case you're there and want to watch for me...

Want to show work at the next forge?

Do you have something theatrical you want to develop?

Would it be useful to show and develop it in front of a live, honest and generous audience?

If you have something you are working on, and would like to show it at The Forge, get in touch.

The next event for The Forge, a theatrical scratch night and work-in-progress event is at Chapter Arts Centre, Cardiff on Thursday 18th July.

Do it now - Last chance to apply for Summercamp

Over the last few days I've had a few conversations with artists (and by this I mean people who make theatre & performance from any discipline) about work their making and at some point something like this has happened:

Matt: Have you thought about applying for summercamp

Artist: Well I wasn't sure if I was the right type of person...

Last year we ran the first WalesLab summercamp in Elan Valley, this short video will give you an insight into what it was like:

This year we've gone for a completely different location and wil be heading to the beautiful isle of Anglesey, for a residential camp which will take place from 10th - 22nd June.

We're planning to take up to 20 theatre makers…

Whilst i'm in Japan, I'm out and about meeting artists, and giving talks about the work of NTW, and particularly WalesLab.

When we looked at the residency model for this years work, we decided that it shouldn't just include shows but all the other activity the company undertakes. So whilst John is busy directing The Opportunity of Efficiency, and Abdul is making the Assembly, I'm on the road making an…

I've been here a week so I thought I'd share my visual diary. 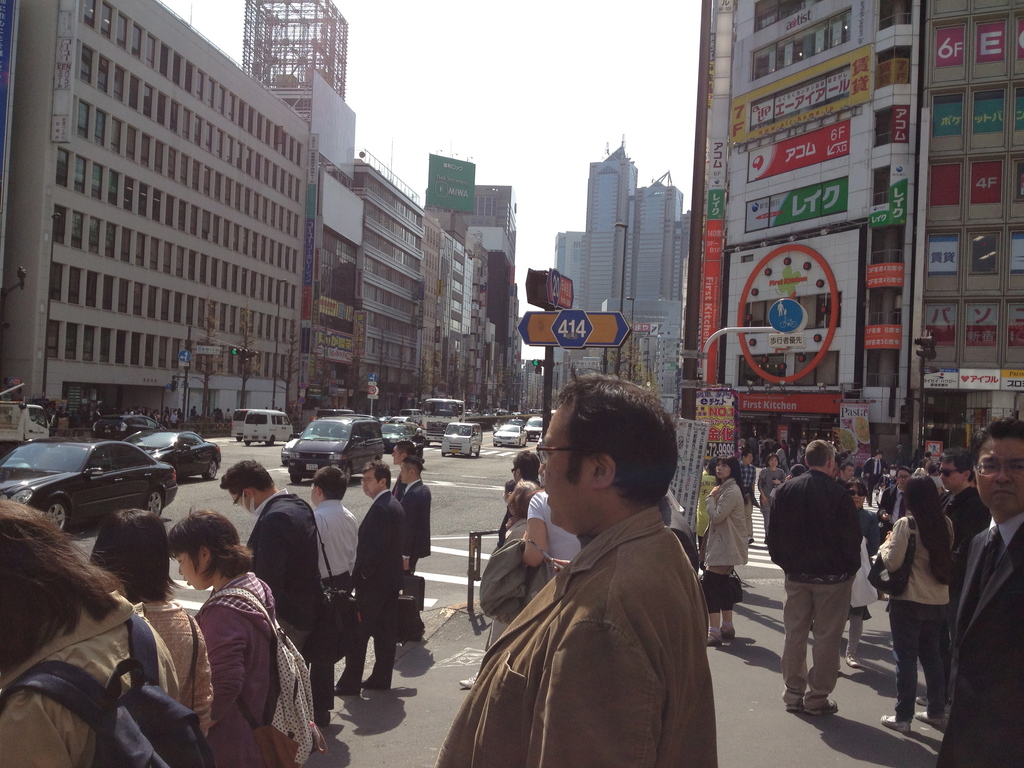 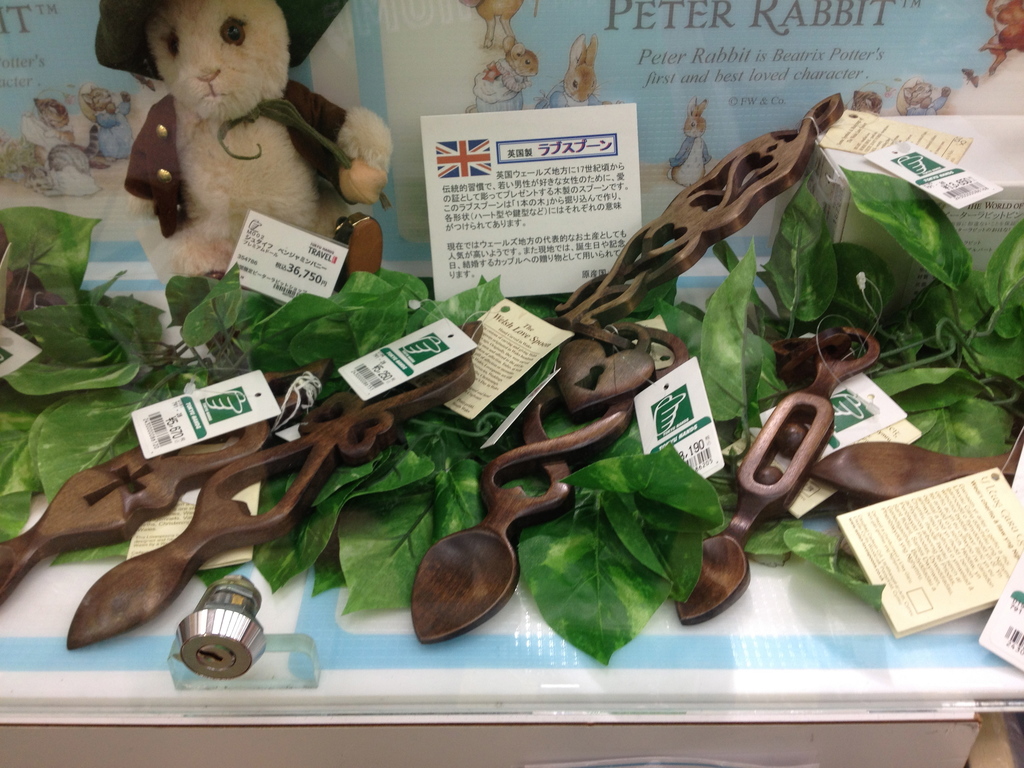 Welcome to your apartment:…

DIY 10: 2013 - Call for proposals (Deadline approaching)
DIY is an opportunity for artists working in Live Art to conceive and run unusual training and professional development projects for other artists.

I'm writing this through a jet lagged fog. So if it's incoherent babble (see food blog) then please excuse me.

You know that feeling when you're on holiday; that first view of the coastline as the plane gently arcs towards the runway? and how it makes you know your on holiday. I didn't get that. The first I saw of the Tokyo was as the plane wheels hit the tarmac with…

Food as a documentation methodology

Whenever I go away I tend to send my long-suffering lady pictures of what I'm eating. I think she finds it ammusing (or at least humours me) so I thought I'd share my food diary with a wider audience.... Sorry. 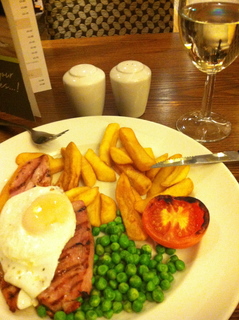 Life can be strange.

This time last week I'd nipped home to have lunch with my baby daughter, before heading over to Newport to see Tin Shed's new space in an old MFI. This Monday I'm on  a train to London as the first leg of my Journey to Tokyo. 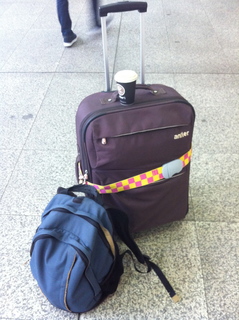 My only previous experience of Tokyo was…