Over the last few months, I've found it really interesting to unintentionally discover different ethics in other branches of religion. And it's made me review what I think about God. I wrote an essay about who I thought was the greatest Briton; I wrote about Darwin, after much deliberation, and his theory about creation, something I fully believe in. It was mesmerising to see his faith being tested through each new discovery and happening in his life. His take on life itself was very… Continue

Avid Theatregoers - Quadrophenia on the Road 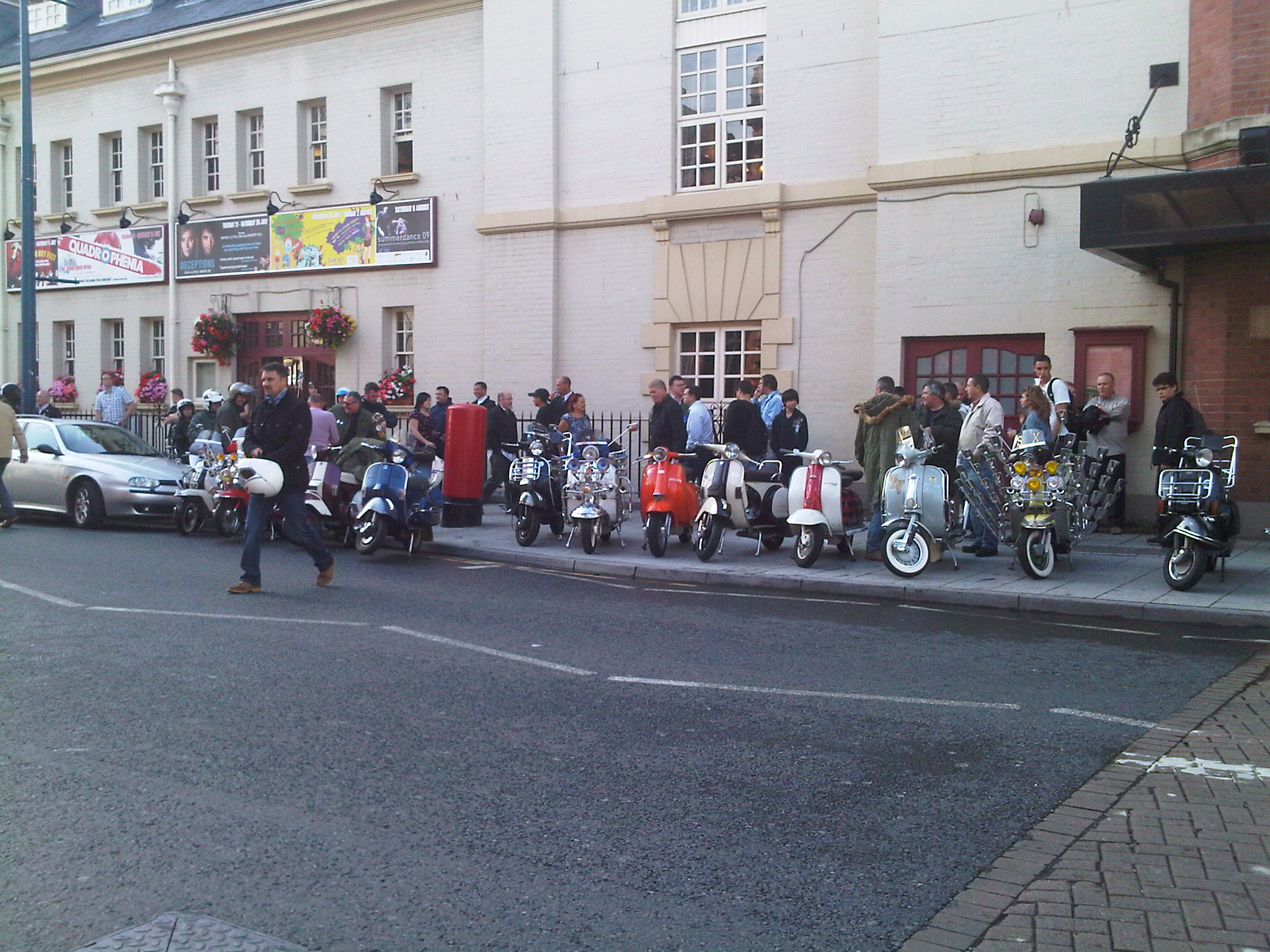 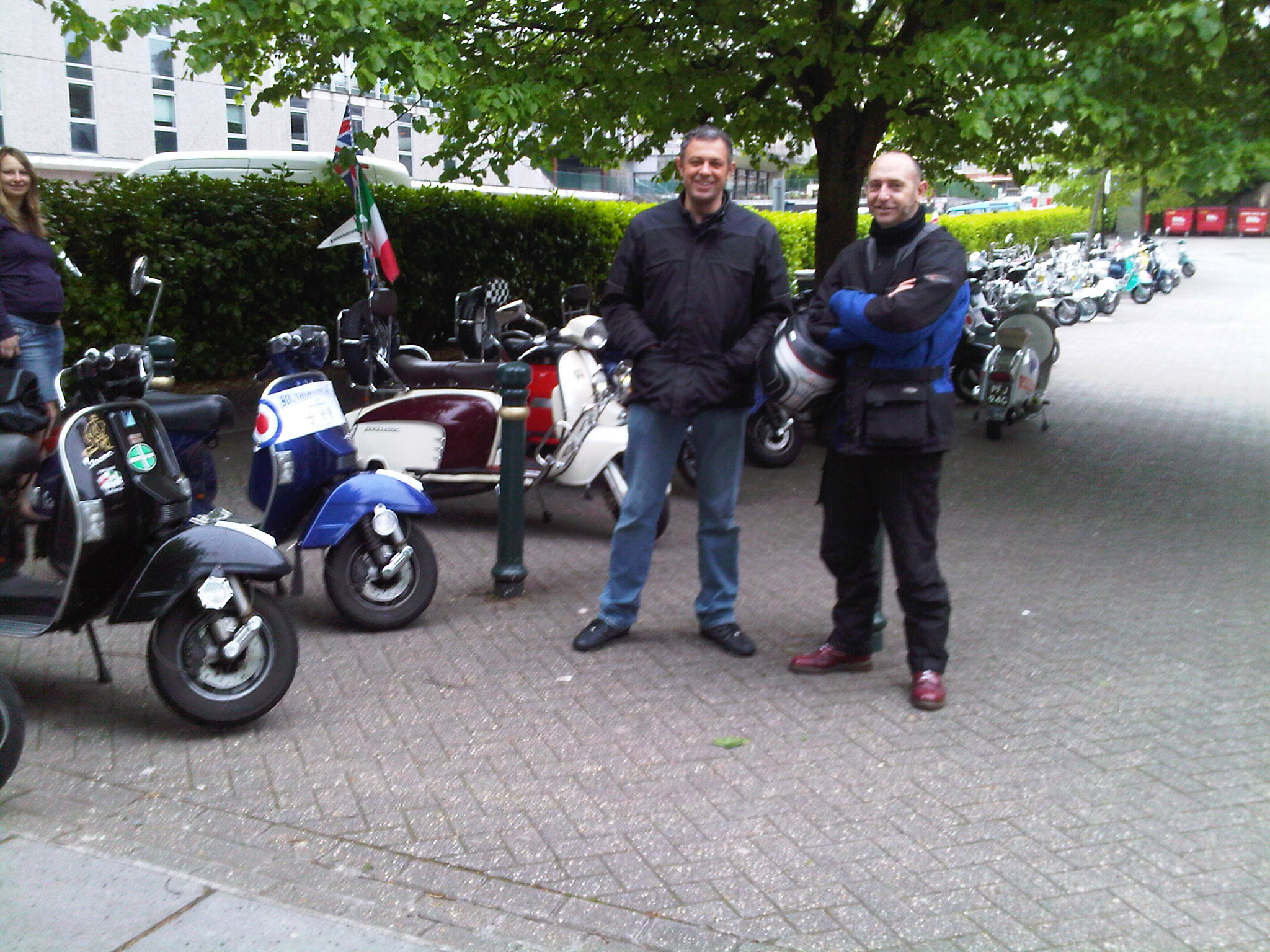 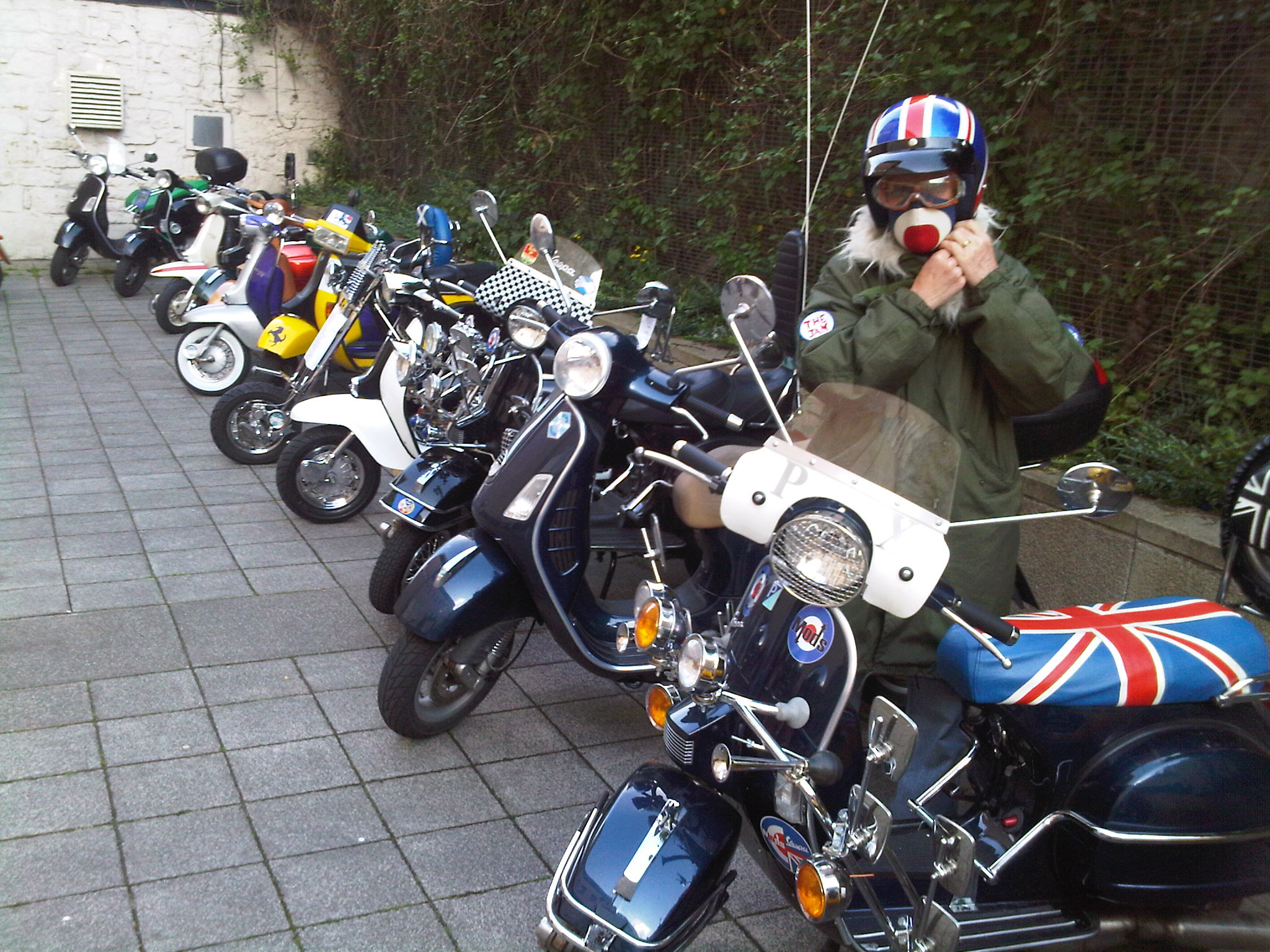 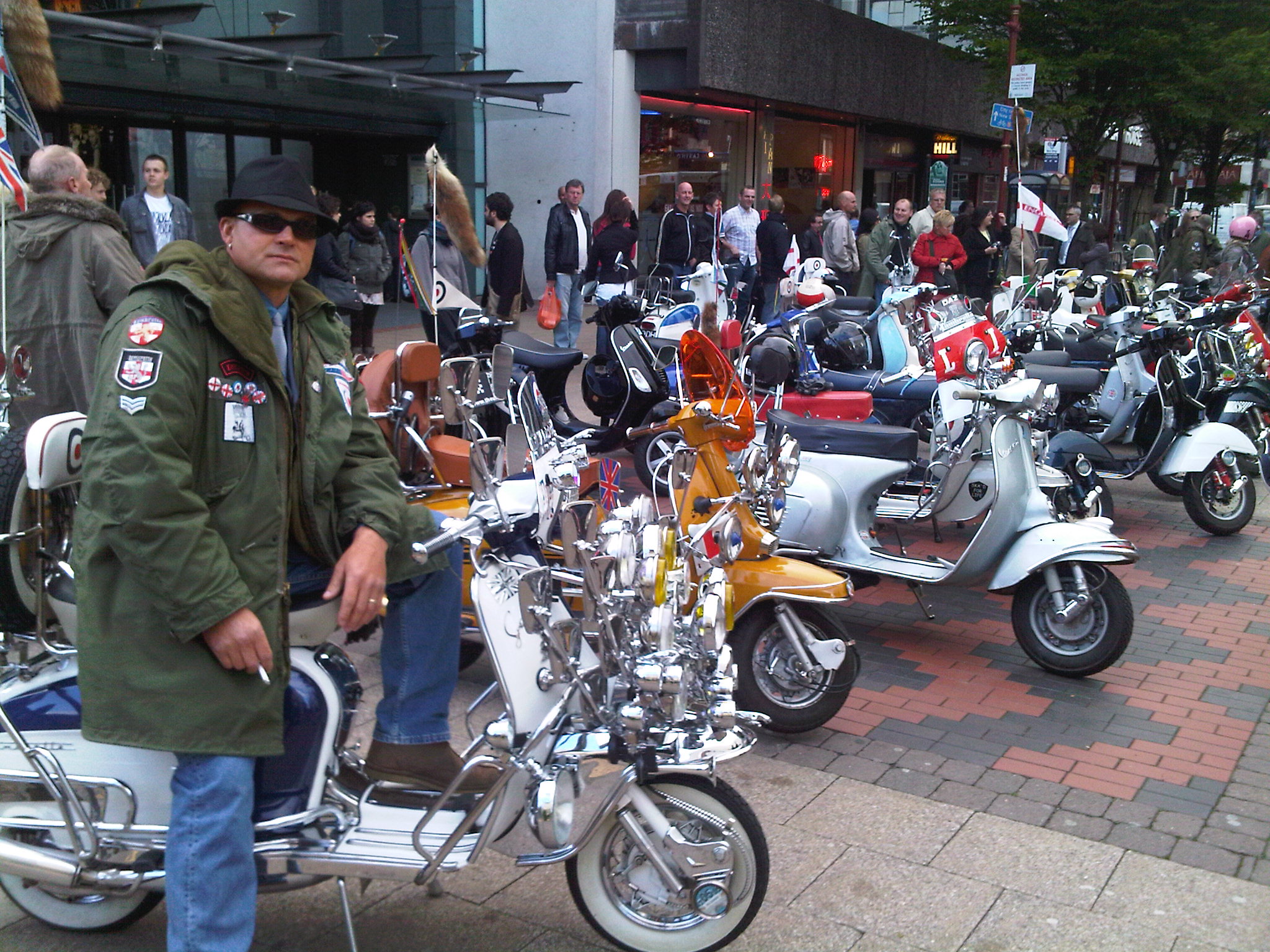 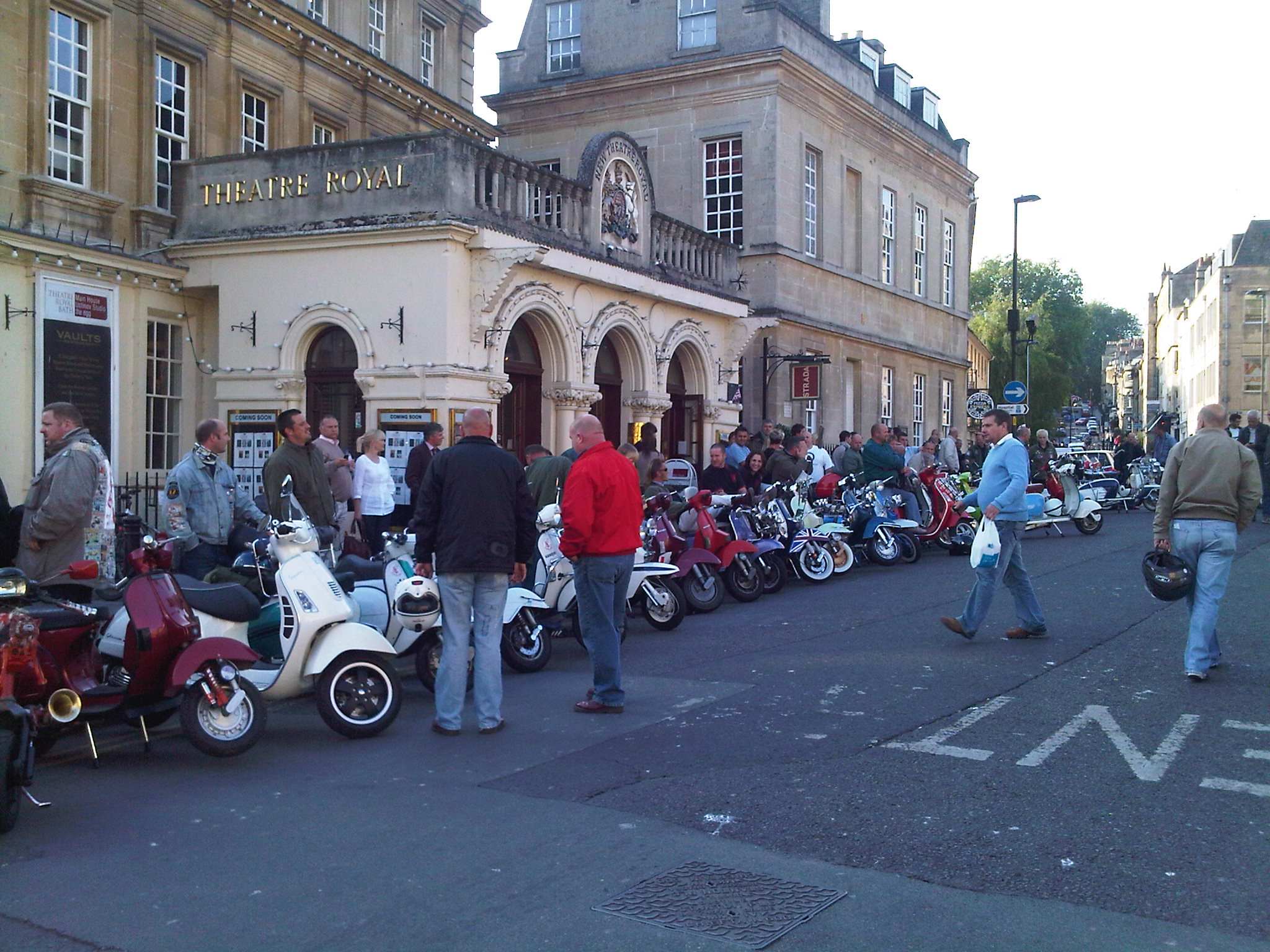 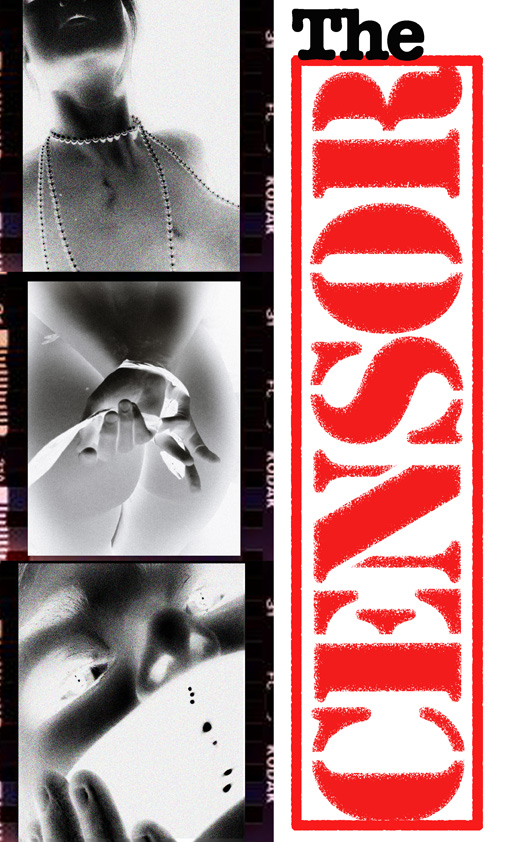 "The Censor" premiered at the Finborough Theatre, London, in association with The Red Room in April 1997 and subsequently transferred to the Royal Court Theatre. 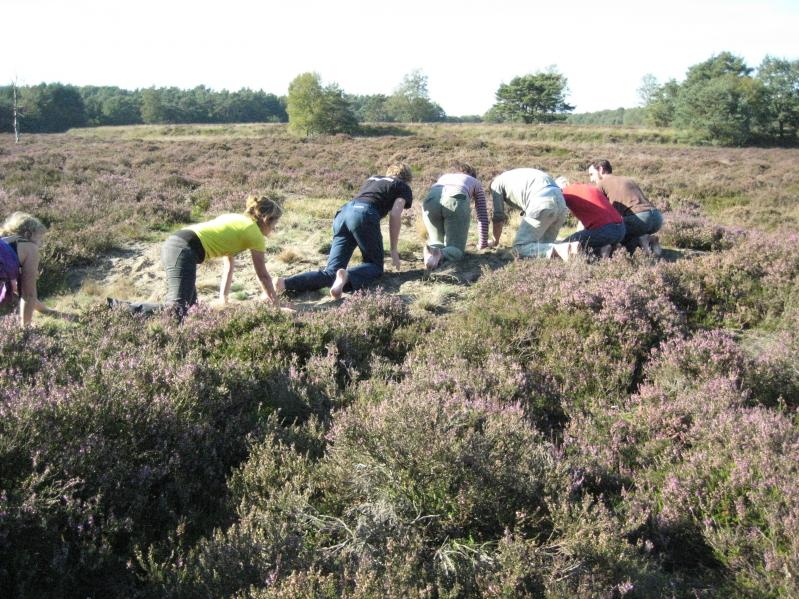 Just a reminder that tomorrow lunchtime is the deadline for PeerGrouP workshop offer.
The 24h workshop will take place from 21st to 22nd August in Drenthe, Holland and you will, along with other Theatre-makers from all over the world share and experience PeerGrouP's intensive and immersive approach to Theatre and Performance making.

We are looking for… Continue

For those still interested, here are some snippets of reviews for 'Last Seen', the Slung Low show that has just finished at the Almeida:


“Frustrating, fascinating and potent... a startling heartbreaker.”
The Times

“Charming, whimsical and touching.”
Time Out

As if we didn't have enough fantastic opportunities to offer, we are thrilled to be one of the PEACH placements in this year's Cultural Leadership Programme. We are offering a year with us as Associate Producer, to work alongside me and the team in delivering our launch year programme. Info attached here.
Placement Associate Producer NTW.pdf A FESTIVAL GUARANTEED TO MAKE YOU BLYSH...
A human balloon, a super sexy torch singer, a group of middle-aged moaning punk rockers and WOW on the Waterfront’s spectacular aerial show are among the weird and wonderful performers taking over the Wales Millennium Centre this summer.

The first-ever Blysh Festival of carnival and vaudeville arts kicks off in colourful fashion at the Wales Millennium Centre from Friday, July 17 to Sunday,… Continue

I am a theatre/performance creator from Canada who is doing a residency at Chapter Arts Centre where I will presenting a performance in Spring of 2010. The piece is entitled "Hamletown" and is experimental mash up of theatre, performance art, rock concert, dance, film and installation.

I am looking for performers for the project that will rehearse in April and May of 2010 with a couple days of workshop in November of 2009. I am extremely open to… Continue

After the success of the RNT's transmisison of 'Live' theatre in Cineworld and other cinemas, now comes another first, this time for Sky digital television: Theatre Live. And for anyone involved in theatre in any way, shape or form, this has to be required viewing.

For those without Sky and Sky Arts 1 in particular the premise is this. Six novelists, with no prior playwriting experience, are asked to write a 30 minute play for televison to be broadcast 'live' on Sky Arts 1, at 9.00pm… Continue

The Mabinogion presented by a cast of 300 teenagers (working with more than 20 artists) with brass and samba bands, interactive digital projections, puppetry, carnival, dance, storytelling, circus, magic and big spectacle. 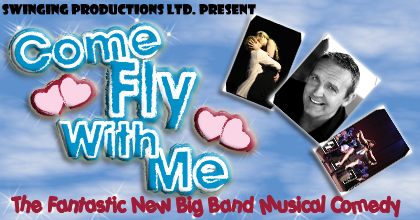 Hi I am Guy one of the Arts Development Officers in Bridgend. The council own a building in Porthcawl harbour called the Jennings Building. Its a very large disused warehouse, I use it for painting Bridgend youth theatre scenery. The site is part of the planned regeneration of Porthcawl ,given the current economic climate nothing is likely to happen in the near future.
If any designers or creatives wanting space think it may be suitable for them then please contact me to see if I can… Continue

I have been really interested in the development of the NTW values as evidenced through this site, and have been having a few thoughts. I have worked in the arts in South Wales and NE England and obviously have a keen interest in their development. (there is a wonderful photographic exhibition at the National Museum Cardiff called No Such Thing As Society at the moment )

Academi have once again joined forces with BBC Radio 4 to organise the Welsh Heat of their UK Performance Poetry Slam. Heats will be held across the UK in nine BBC regions and will see established slammers battle it out to be crowned heat winner on their home turf. The two winners from each heat will then go on to compete in the semi-finals which will be broadcast on BBC Radio 4.

Mother Nature Saves Me From Work


The house next door is only intermittently occupied, and their guttering has blocked up. Starlings use the gutters as communal baths, and I use the starlings to keep me from writing.

Back in May the Cardiff Shakespeare Readers spent a glorious evening studying the Sonnets, perhaps the most concentrated form of play-writing in verse since Chaucer. Each sonnet becomes a stepping stone along a young man's path through life; something mirrored by Hogarth in his cartoons of the Rake's Progress a century plus later.

Studying several, but not all, of the sonnets we brought out the truth of them, the hidden meanings which, if they'd been studied that way when I was at… Continue

This is a live stream from the fourth plinth , fascinating and also very dull http://www.oneandother.co.uk

Sometimes art can be theatre, and theatre can be art? An installation can be an emotional experience, something awe inspiring that can engage you for hours....

Art/design/theatre/music continually overlap, almost giving way to traditional views of these sectors, some projects seem to encompass them all.

"Turning the place over" is an amazing project by artist Richard Wilson.

Branding allows you to transform virtual spaces or real spaces, a new idea can ignite a visual change in a location. Renaming or re-branding a company is an outward expression of an internal change or redirection. When a company starts up for the first time it's an opportunity to express the ethos with a brand that expresses these values, aligning your visual identity with your values is so important.

I've been a fan of Grand… Continue

My recent trip to see theatre in London 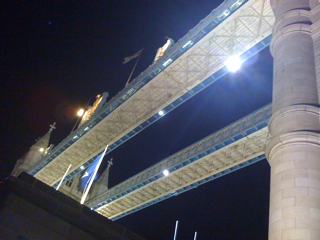 I used to see this every day when I lived in London. It's Tower Bridge. I used to live in Tower Hamlets and felt like London was my home. Last weekend, I went back for an extended working weekend - to move the rest of my stuff out of my old flat in a hired Ford Mondeo and to see some shows. It was the first time I'd been back to London for more than 24 hours since I stopped being freelance and moved to Cardiff to start working for National… Continue

"Probably one of the most famous plays in the world" The directors of Antigone, our next #NTWNetwork Play Reading with @shermantheatre, @Chelsey_Gillard & @JacIfanMoore, have made a vlog telling you about the Greek Tragedy. https://buff.ly/2X4fRT2 https://buff.ly/36Nm6xJ

"Probably one of the most famous plays in the world" The directors of Antigone, our next #NTWNetwork Play Reading with @shermantheatre, @Chelsey_Gillard & @JacIfanMoore, have made a vlog telling you about the Greek Tragedy. https://buff.ly/2X4fRT2  https://buff.ly/36Nm6xJ

PENWYTHNOS YMA! THIS WEEKEND! Gwylio Nôl - Theatr | Catch Up - Theatre Cyfle i wylio'r holl gynnwys theatrig o'r wythnos yma ar AM, i gyd mewn un lle! Catch up with all things theatre from this week on AM, all in one place! o/from 5.00pm http://amam.cymru pic.twitter.com/fOjeEJLOzz

Cyfle i wylio'r holl gynnwys theatrig o'r wythnos yma ar AM, i gyd mewn un lle! Catch up with all things theatre from this week on AM, all in one place! 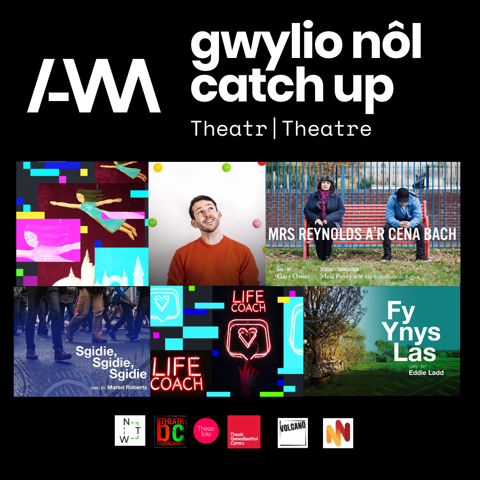