Hi a link to an interesting Blog on the Guardian website . If you scroll down it also has a link to another blog discussing the National (England) poster designs.
http://www.guardian.co.uk/stage/theatreblog/2009/nov/26/stage-theatre-photography-celebrity

If you plan to come, please book ahead as it is selling fast:

The tour is now long over, at least it feels that way after 4 weeks.

These clips are from my low budget HD camera, and my edit programme cost me 20 quid.

For those of that couldn't make it to see the show, I hope this gives you a flavour of what we made, this time around.

Looking for a Sound designer

Likely Story Theatre company are currently developing a new telling of the traditional Hans Christian Anderson tale 'Princess and the Pea'. It is shaping up to be something really special. The show is both physical and visual with a strong text written by Kit Lambert. Simon Harris is directing it and there are four fantastic performers.

The story so far: The traditional tale of the Queen and Prince’s search for a “real” Princess, using a humble garden pea, takes place in the… Continue

An exciting opportunity for someone! Please contact Carl (details below) for more info.

The Department of Theatre, Film and Television Studies (TFTS) at Aberystwyth University invites applications for a collaborative doctoral studentship with National Theatre Wales (NTW). Working closely with NTW and its associated artists, the student will contextualise, theorise and document the twelve productions scheduled for the company’s launch year. Particular attention will be paid to the… Continue

Hi, just want to let you know that I am volunteering my services as a script reader.
Yes that is right, you wont have to pay me.
If you are a small or low budget production, in any theatre in Wales, then I would like to help. Look forward to hearing from you and good luck.

John, just wanted to say how much we enjoyed your very interesting and inspiring talk last evening. It was a shame that so few people attended. We are looking forward to becoming a part of the family of National Theatre Wales.
Anwen Williams and Patrick Coffey

Hello all. A bit of plugging for next month's Dirty Protest curator - Chloe Moss.

Make It Happen for yourselves and each other!

Artists, musicians, actors, geeks, media kids, photographers, social networkers if you have an idea CAI want to hear it.

Come to the Cardiff Arts Institute TONIGHT at 8.00pm.

Whats your big idea? Engage your mind, test your ideas. The Speed Creative Network evening is a fast paced unique monthly networking event designed to spark off creative connections and allow people to share and develop ideas for… Continue

The morning after the launch before. November the 9th, 2009. I headed back to the Valleys. With writer Alan, trusty intern Hannah and a band of merry actors (Amy, Jess, JP and Olly), we were rapid-staging and trying out some of the stories that we’d gathered and dreamed up during almost two months of visits and workshops in and around the Valleys Miners Institutes. Alan had been off writing for just around a week, and I got his script just before the launch – I ended up reading it in a radio… Continue

A Good Night Out in the Valleys

Well, I just thought I’d write a bit about the process that has been happening for A Good Night Out in the Valleys.
The project has been on-going for a while and started with a tour of South Wales institutes and kind of concluded with a woman in Blaengarw asking “anyone here from Ogmore? If so, would you like to make a lantern?”
It has been an eclectic, fun and largely random experience.
So, from the start, this is what we did:
Myself, John McGrath (director) and Hannah… Continue

Gulliver on tour: catch it if you can

Saw the Hijinx Gulliver show last night in Llandrindod Wells. What a very good show. Funny. Entertaining. Moving. Great performances. Lovely concept and writing. Strong and imaginative direction. Excellent design and lighting. A great adventure and a fascinating journey into the human psyche and soul going via madness, creativity, politics, satire, love, paranoia, anxiety and the power of the imagination - all presented with consummate theatrical wit and confidence. A really good night out.

I bumped into Neil Beber at On The Edge at the Riverfront tonight. It turned out that we have both finished writing BIG things with BIG themes in the last couple of days and are now both living in that slightly dreamy state that persists while the mundane world comes back into focus. It's the kind of time when you find yourself writing a blog for no reason other than it's that kind of time.
Just wanted to share...

A huge thank you to John and Mathilde at NTW for organising todays Creatives talk given by John Fox and Sue Gill from Dead Good Guides, and founders of Welfare State International.

What an immense contribution they have made to their communities through their art. Whilst keeping their 'eyes on stalks' and their feet on the ground, they have created some immensely powerful and transformational performances.

Inspirational role-models for me as a new-comer.

Welcome him with your messages below! x

We're at THEATR POWYS tonight with 'GULLIVER' by Kit Lambert

Miss this production and you'll regret it! (an... almost... direct quote from many of our audience members!) If you're trying to avoid the vile weather and fancy drifting off to some 'alternative' worlds of tiny Lilliputians, enormous Brobdingnans, tiresome Yahoos and gentle talking horses.... book your ticket on 01597 824444 (or www.theatrpowys.co.uk). Where else can you be taken on such a journey for under a tenner? (Tickets £6/£4) 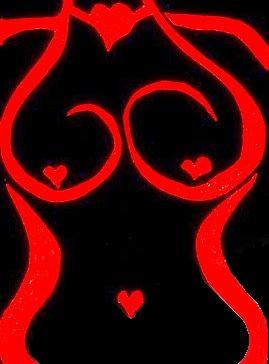 All adults, of any ability & gender,… Continue

Here’s another gem from the 'Caernarvon and Denbigh Herald'.

‘On Friday last the natives of Barmouth were rather astonished by the arrival of excursion trains from Oswesrty, Welshpool, and Newton, bringing between 1000 and 1200 pleasure-seekers. The weather in the morning foreboded rain, but it fortunately cleared off, and the day was quite fine, so that all enjoyed themselves as their inclinations led them; and some betook themselves to the mountains, some to the beach, while others… Continue

Are you a woman with leadership aspirations?

WILLOW is an organisational leadership programme funded by the Cultural Leadership Programme to support women working in the cultural sector in Wales. WILLOW is a partnership between the National Museum, Swansea University and Equal Measures (an Equalities consultancy). There are two elements to WILLOW - research and participation. The research element will look at the policies of cultural organisations to identify how they support women to develop into leadership positions (and where the… Continue

Sometimes you just need to pull yourself up out of the winter gloom and inject a little sparkle into your life…
We reckon that this will do the trick. As the evening goes on the acts get a little naughtier, a little saucier and if we haven’t made you blush by the end of it, then we will hang up our glittery cat suits and retire…