Today began the week of the Aberystwyth assembly which i am really looking forward to in fact i'm looking forward to the whole week and the opportunities it might throw up and just to be part of a great group creating great work. We were given the posters for the assembly (which i must say i look very sexy in haha) and then went out into the centre of Aberystwyth to film peoples responses and observations to our question 'Is Aberystwyth at the end of the road' this threw up some interesting… Continue

Is aberystwyth the end of the road??

Today we have brought the question 'Is aberystwyth the end of the road?' to the town of aberystwyth and disucussed with locals there opinions. It's been great to hear their opinions and I feel that this gave us great information that we can use for the assembly on Friday! We have also been working on performance for the assembly based on the responses we received from people today....really looking forward now I feel like I know so much more about aber! Lx 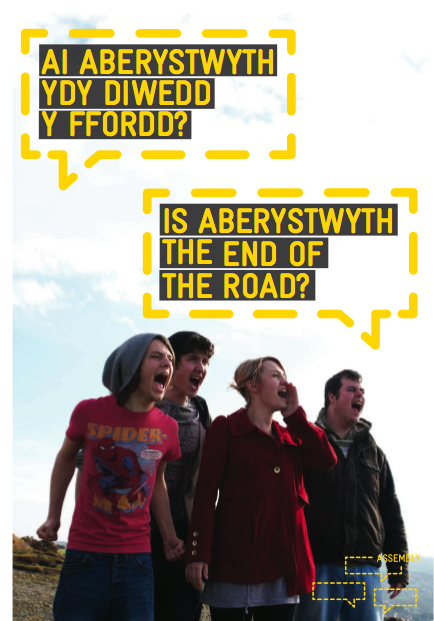 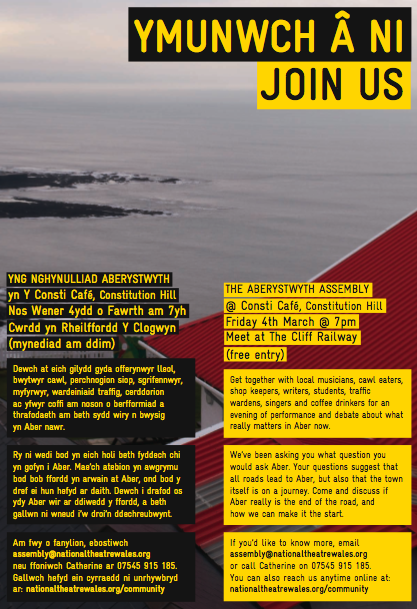 Today the artists behind The Aberystwyth Assembly and TEAM Aber are asking local people the Assembly question, which is:

IS ABERYSTWYTH THE END OF THE ROAD?

What do you think? If you have an answer, comment on this…

Well the weeks are rolling by quickly and its about time we started attaching people to the project.  We're drawing up a list of names for casting, being realistic about who we can afford within the budget.  In the meantime we've found our director; the press release is going out today:

This show was a mixture of different elements created by young people. It showed off the extensive talents of the young people in Wales and Bridgend.

There was a 30 minute documentary on “It’s my shout” An organisation that helps young people create their own short films. There was also a series of dances by Bridgend youth dance and the Welsh dance group. It ended with a 30 minute show of the Merchant of Venice.

How do you walk out of a production when you are already outdoors?

This is the question (the only question, unless you count ‘What’s the point?’) posed by National Theatre Wales’ collaboration with Berlin-based ‘reality theatre pioneers’ Rimini Protokoll. If part of the project here was to push the boundaries of what counts as theatre – what counts as art – as far as possible in the hope that…

The Mine Research. Part 1.

Since I moved to Wales 2 years ago, I went 5 times to Big Pit in Blaenafon.

At first I thought it was the going down the mine experience that attracted me so I drove to Dolaucothi gold mine. I managed to shoot a short video there, echoing some of the visual experiences of Big Pit but it wasn't the same. I missed them. The ex miners, their gestures, their care, their peaceful and dense energy and also that particular darkness and the irregularity of the black… 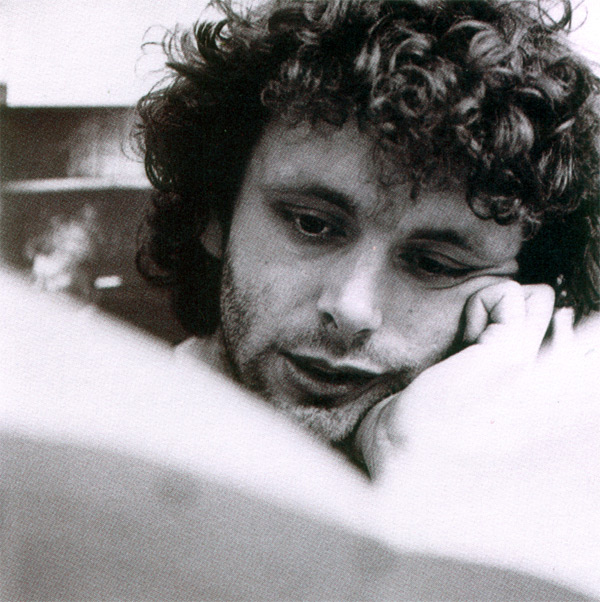 Born Michael Christopher Sheen in Newport, Wales on the 5th February 1969 to Irene and Meyrick Sheen. Since childhood, Michael was a football fan, played after school until late at night can see the ball. He was 12-years old when during a holiday on the Isle of Wight, playing against a former Arsenal player, Tony Adams who was then 16 years. He was offered a place in the…

A two day post‐graduate led symposium (May 2nd - 4th 2011) exploring approaches to participation and relation in performance. The event will be hosted by Aberystwyth Arts Centre and The Department of Theatre Film and Television Studies at Aberystwyth University and is… 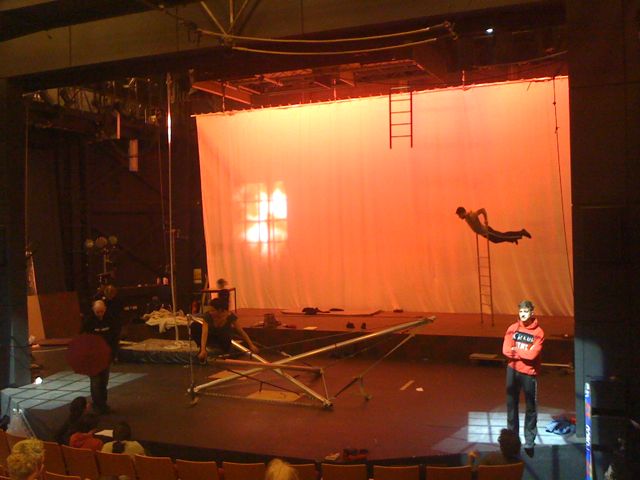 This week, we spent time in the Torch Theatre, Milford Haven, where No Fit State Circus are putting the beautiful finishing touches to our 12th show, Mundo Paralelo, which opens next week.

We had loads of local people over, amateur dramatics clubs, local circus groups, young people, relatives of Torch Theatre staff - and everyone had a glimpse into the sweat…

Meisner for Directors working with Actors with Stephen Bayly


MEISNER FOR DIRECTORS WORKING WITH ACTORS with Stephen Bayly

Writing from the back of the auditorium at the Torch, where director Mladen Materic and the cast of Mundo Paralelo are working through some key moments of the show before starting cue-to-cue tech tomorrow.  I drove down from Aberystwyth this morning (for those of you who know about my lack of driving skills, I should mention that I managed not to tip off the road into the sea at any point, and indeed spent a while stuck behind a caravan cursing just like a proper motorist...) I head back to… 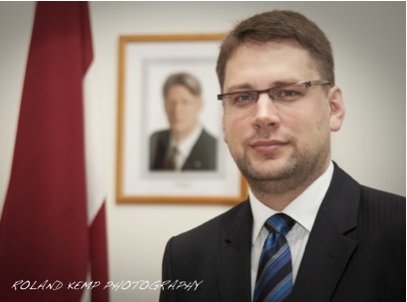 We are delighted and honoured to announced that His Excellancy Mr Eduards Stiprais, Latvian Ambassador to the UK, will be visiting the Shirenewton Gypsy & Traveller site in Cardiff this week. The Ambassador will be meeting with Isaac Blake,…

The meaning of Passion for me in recent days. 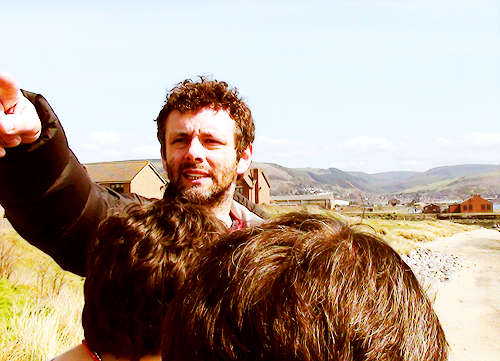 Michael Sheen in the picture during a visit to Port Talbot for the preparation of THE PASSION (via tumblr).

I lost my sweet mother on February 15th due to lymphoma.

I have a question: what's the passion for an ordinary human being?

I've seen her fight this desease with all her strenght for nine months, she was very brave and undergone to any treatment…

With almost a month to go before we start filming, here's an intro to the crowdfunding campaign for our short film The Final Punchline: 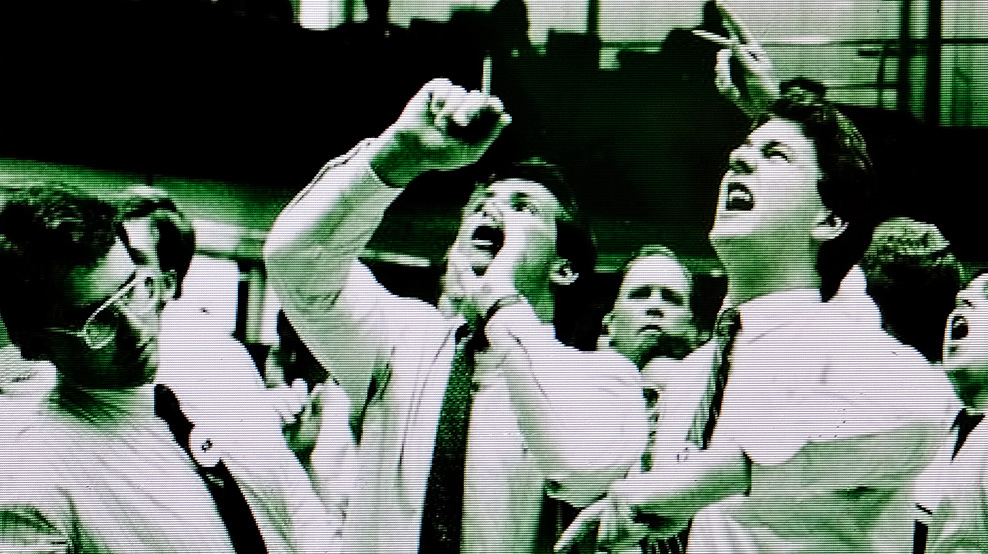 This explosive play set in 1987 plunges us into a world where even the Tories struggle to deal with the City’s financial institutions. An era where the economy is growing out of control as a breed of risky bankers and dodgy…

Poetry is blasting its way into the hearts and minds of a new generation with high energy and rhythmic poetry sketching out a new literary landscape for the 21st century. Spoken Word All Stars presents an all-star cast of some of the most exciting poets of the day, performing an original live show in partnership with the globally…

I woke up this morning to find a random tweet by a random tweeter who I don't know tweeting about me.  Adding to the usual Monday confusion (why is it still not Sunday?) said random tweet directed me to a random website - http://paper.li

Thanks to Tom Beardshaw for giving me this opportunity! I'm so proud and happy to be part of this amazing project! My job doen't allow me to stay in touch with my true PASSIONS: cinema, theatre, music and art. Be part of a blog like yours makes me happy. I'll do my best. Maria