Likely story are looking for a male actor to help them create 'The Locked Door', a gruesome new fairy tale for a family audience, supported by Arts Council Wales and John Thaw Foundation.

The company are looking for an actor who is playful and creative, with strong improvisation skills, physically fit, visually imaginative. You will be prepared to work hard and enjoy the challenging process of creating new work from scratch. You will have past experience of devising and ensemble work… Continue

The Way Of It

A cycle of poems by R.S. Thomas (1913-2000). Born from the realisation, gained whilst idly flicking through a book of his collected verse some…

The day after Emergence!!

We had an incredible day at Chapter yesterday. There were around 70 people from the arts community from some of Wales' biggest organisations to individual freelance artists - writers, visual artists and performers. It was an extraordinary gathering. There were inspiring presentations from Paul Allen from Centre for Alternative Technology and Alison Tickell from Julies's Bicycle. John from NTW responded to the 'One Wales One Planet' document and challenged us…

I had a chat with Paul Hunter the Director of 'the Dark Philosophers', He tells us a little about his discovery of Gwyn Thomas and the rehearsal process the actors are going… Continue

Working with my Dad is profound and bloody frustrating! We are not the Redgrave’s, or the Fonda’s, we are the Diamond’s, rough and nearly ready to present our show in Chapter next week.


I’m directing my Dad!(Many swear words follow) It’s tough at times. I say “Dad, sorry Jeff, can you tone it down, and please don’t move your head until the music comes in, thanks” He stares at me, but does what I ask. 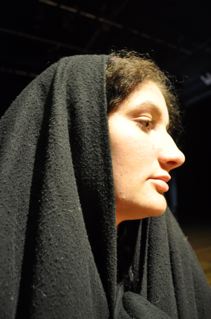 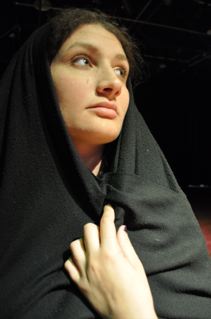 Presenting Afghan Idol. 29 Women. Am I Safe? In conjunction with Caryl Churchill's Seven Jewish Children. The event is for Charity and raising money for the civilian victims of war. Its going to be political, thought provoking but hopefully insightful to peoples lives that you…

Theatr Iolo's Early Years' Director has been selected as the UK’s sole nominee for a prestigious international theatre award, in recognition of her commitment to and creation of theatre for the very youngest audiences.

Sarah Argent has been shortlisted for the highest honour that ASSITEJ (the International Association of Theatre for Children and Young People) can bestow: the Honorary President’s Award for Innovation. 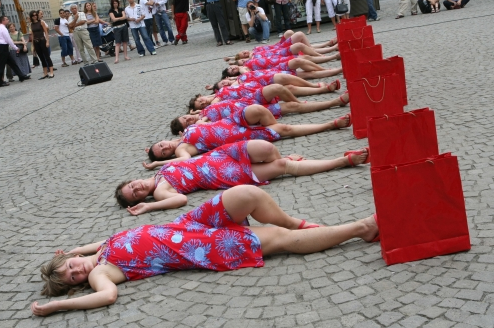 I have been a professional actor for many years! The current project with RE-LIVE is the most challenging yet because one plays/performs as one-self....It is like pressing the destruct button of one's life (70 years..still counting!) and to have the opportunity to be totally honest in story-telling on 'how it was' and 'how it is!'

It's not every day you open a show at the Market Theatre, Johannesburg!

But Something Dark, by Lemn Sissay, which I directed back when I was at Contact Theatre, opened at South Africa's legendary theatre (home of Athol Fugard and great anti-apartheid plays like Woza Albert) this week. Of course I was busy with auditions in Port Talbot and visits to Newport, so didn't have time to pop over for opening night, but if any of you happen to be in that part of he world, it's a beautiful show based on an extraordinary man's life story.…

Ark call out to Cardiff cyclists 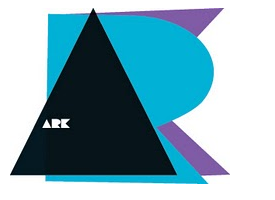 Sooooooo been a while since the last post, been busy working on a few projects with ARK and Give It A Name. You may of taken part in Ark's Cycle survey and as far as Give It A Name goes RUDE is coming along nicely and opens December 8th running until the 18th December tickets go on sale soon. It will be a real Christmas treat for all lovers of Ska.

But today I would like to talk about going back to Scratch.

Connection through Culture: UK- India is open! Have a read!

I wrote a blog post for the Guardian's Theatre Blog last week that looks at bilingual theatre and where NTW fits in. It was actually quite tough to write and I'd love to hear your thoughts on it - you can read and comment here.

Can you support the Young Critics Scheme ?

Hi
If anyone is creating some work and would like it reviewed please let me know, as the Young Critics are keen to see as much work as possible.
Many Thanks
Guy

WalesLab - Our New Initiative for Theatre Artists Across Wales

Some of you will have heard me talking or blogging on this site about our search for ways to support emerging artists. I am delighted that today we are announcing a huge success: five-year funding from the Esmée Fairbairn Foundation, providing an average of almost £100,000 per year towards the development of Welsh theatre artists.

Whereas all of National Theatre Wales’ core funding is focused on delivery of fully-produced shows, this new…

Rehearsing real life: A Story to Call My Own

We are in the midst of three people's lives - Terri, Marianne and Jeff .In our rehearsal room at Chapter, we are immersed in their memories, stories and time-lines. Time and again we listen to hilarious, painful, profound episodes from 70+ years of living, we are humbled and honoured by their openness and then one of us utters the words we've all come to dread "That's great...but I don't think we can fit it in the show"...Reality. We are creating some kind of performance (is it theatre, is it… Continue

What is the Newport Question? 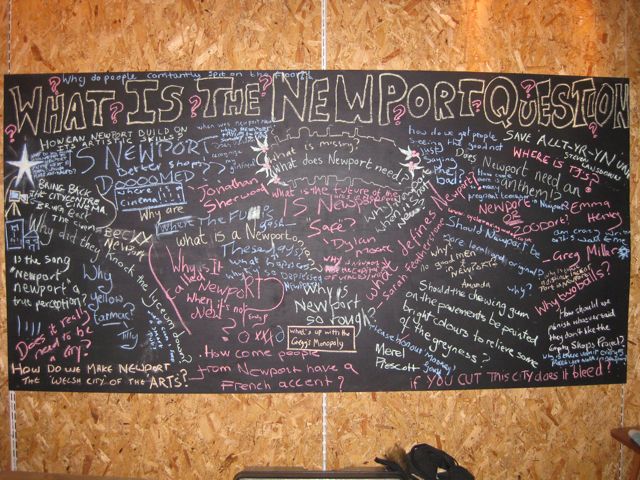 In the Dark Philosophers' Shop in the centre of Newport we have been asking people to tell us what they would ask Newport if they could ask anything...

Out of last week's discussions, Philosophers' Cafes and Live Art Speed Date, we've had some interesting questions so far on the What is the Newport Question…