Walk the Plank are recruiting for a Marketing & Communications Project Manager for the Wales Millennium Centre 10th Anniversary Event.

On 12 and 13 September 2015 an audience of up to 10,000 gather outside the Wales Millennium Centre as dusk falls. Processions and performers, stories and songs, filmed vignettes and astonishing projections help us ravel and unravel a celebration fit for this beautiful…

Hey Everyone on the 8th November my company 'Bard Busters' will be running a workshop day on our adaptation of Twelfth Night in the Seligman Room and WMC. The show will do a short run at the studio space of the Riverfront Theatre in January and is in collaboration with the Education department there. We’re currently in the process of arranging a tour for the piece and are looking for actors, this is a PAID OPPORTUNITY. If you’re free on the 8th and would like to be involved please feel…

Likely Story are looking for a film maker!

Likely Story are currently working on their new show, www.seatownladies.com and we are looking for a film maker to record our sharing at Wales Millennium Centre on Thursday 13 November.  We'd like a straight recording of the event and  a short (max 4 min) trailer incorporating footage from the sharing and other material (still and moving image) that we have.  This is a paid role - fee negotiable, estimated 1/2 day of filming and 1 - 1.5 days…

A Vicar Of Dibley Christmas

Rehearsals are a hoot! A Vicar of Dibley Christmas has an exceptionally funny script and JUST GOOD FRIENDS, Carmarthen looks forward to presenting it on November 26-29 at St Peters Civic Hall, CarmarthenVicDib%20Xmas.jpg

Following a successful application to the Heritage Lottery Fund, NoFit State are now recruiting an 'Assistant Project Manager/Volunteer Coordinator' and a 'Project Archivist' to work on an exciting new archive project.

With support from the Heritage Lottery Fund (HLF) NoFit State, the UK’s leading contemporary circus company, is launching a new archive project of its 30 year history. In that time hundreds of thousands of people have engaged with the company as…

Looking for Stage Managers in Bristol

Site specific show in Bristol - Walking the Chains - is looking for a strong Stage Manager and an ASM.  This is a co-production between Show Of Strength Theatre Company and Circomedia - some circus experience would be good, but not essential.

TEAM are bringing Workout and Skill Swap up North to Bangor. I'm really excited to see what projects people bring to work on and what exciting skills there will be swapped. If you have never head of Workout or Skill Swap before, have a little read of the info below.

The event is a free National Theatre Wales TEAM event, open to anybody.

The event will take place on…

A recent meeting at S4C  identified the lack of young Welsh-speaking ethnic minorities on the channel, particularly presenters and actors between the age of 16 and 25,

Ever been to a wedding where the best man’s speech went too far?

A funeral where the eulogy told the truth, the whole truth or anything but the truth?

Did you ever reply on twitter and regret it…
Continue

The next TEAM Workout session will be at Penrhyn Hall, Bangor on Sunday 30th November from 12pm-5pm.  More details can be found on the event page here and there's a hint of more upcoming exciting events in Laura's blog…

Kicking off the North Wales TEAM Hub with Workout & Skill Swap in Bangor!

To kick off the start of the North Wales Hub TEAM are hosting Workout & Skill Swap event at Penrhyn Hall in Bangor! Following this we are really looking forward to having…

For the Kindle (or Kindle app). Includes my "Dirty, Gifted and Welsh" piece. And my "Pitch To The Power Of Three" play. All for less than the price of a cup of herbal tea at Chapter.

If you have written off theatre give these a try.

I have just started a new blog on my website called My Cool Blog. (Super original name I know.)

You can check it out here it is about three companies that I think are cool and that I think you should check out if you have written off theatre.

Response Time will be taking its unique form of performed response to art, space and environment with a 24 hour live response to Artes Mundi 6 at the National Museum Cardiff on Thursday 30th October. 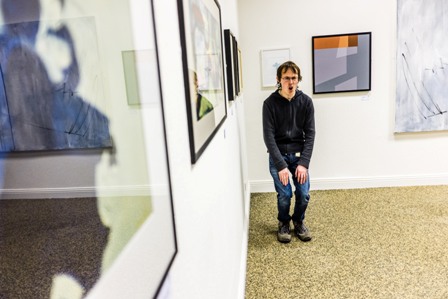 The Response Time project began as a pilot project to create performed response to art, space and environment at the Gas Gallery in…

I was totally blown away by Fluellen's Claire Richards' performance in The Grand Theatre, Swansea last Saturday. Over an hour of this one woman play and she kept us all captivated with the heroic, historical account of Edith Cavell, a woman who stood up for morality against the Germans in WW1 and then was killed in cold blood by a German firing squad. This is the type of play older school children and adults alike should go and see. It was educational and emotional at the…

Anyone interested in making a short (30min approx, maybe more, maybe less) doc about the actor Marcel Dalio? He played the croupier in "Casablanca", and was a very interesting chap.

I don't know the first thing about film-making, so if anyone's interested in kicking the ball about drop me a line.

I have been watching this community quietly but have not contributed much in the last two years. Here is the reason:

The Devil's Violin by Lucy Rivers the first Lights Down, Listen Session, Sherman 5 in collaboration with BBC Wales Radio Drama

Halloween Night
Witness the birth of The Rats Theatre Media
The Story will take place in an old building in the Bay, 56 Bute Street. starts at 7pm. Followed by Live Music from Some Kind of Leader … 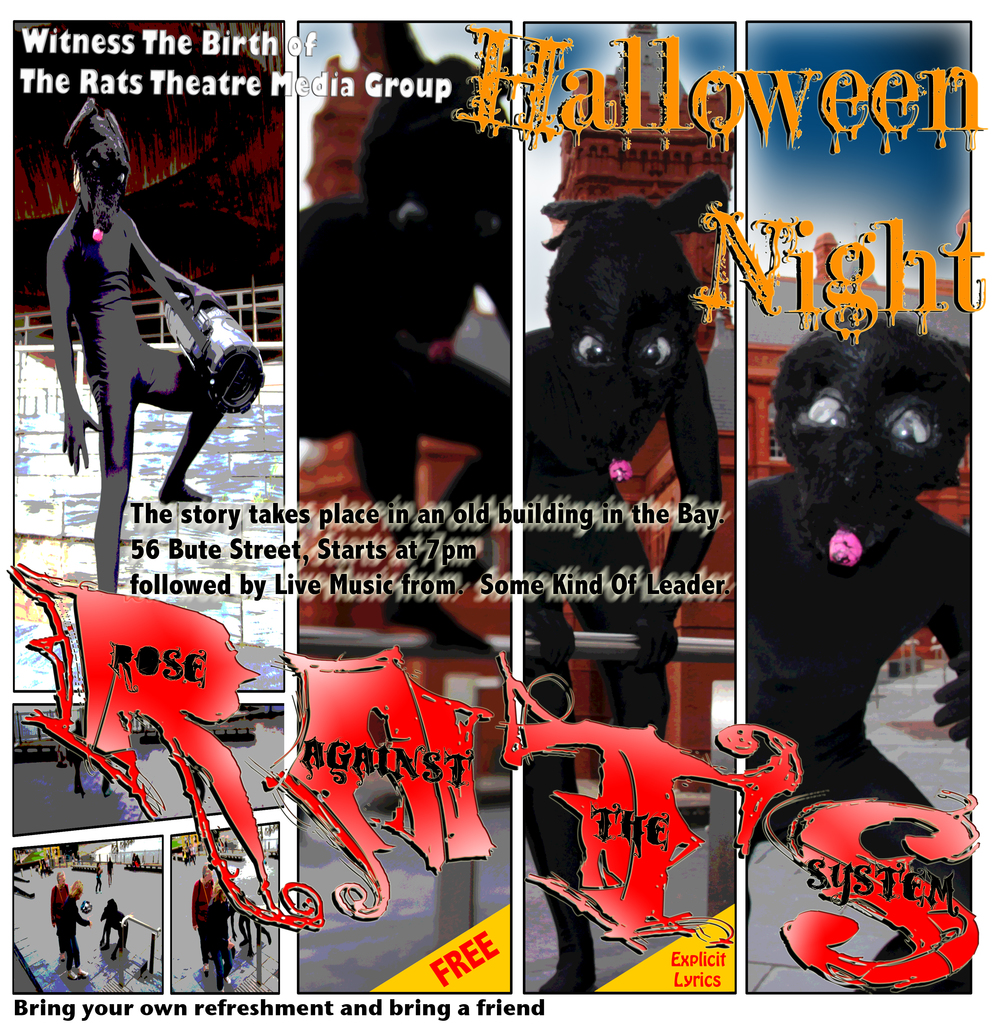 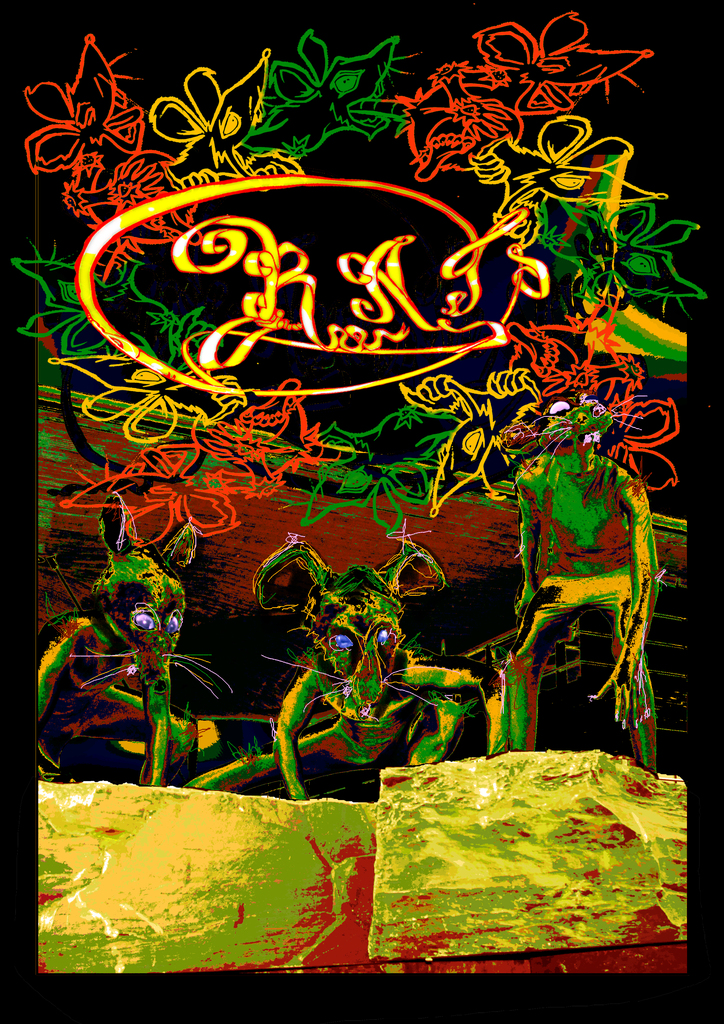