Week one from the lambing shed

Week one from the lambing shed

I'll be performing a 10 minute piece at the Scratch Platform this evening in The Four Bars, Depseys, Cardiff. The piece is from a new E.P that's in the works that looks at zooming in on life from space, down to earth, in to the mind and back out again.

The piece that's being performed tonight is 'Part 1 - Space'.

‘The future of contemporary dance looks bright in Wales'


The main stage of the Sherman Theatre was set alight with energy and talent in this year’s summer performance by National Youth Dance Wales.

The scheme itself gives the…


Many Thanks to Dave Owens and the Echo for the article on a project I coordinate at Sherman Cymru called Sherman 5, its been a pleasure.

Hey everyone my name's Mikayla McCarthy I'm with The Ghost Room Theatre Company and we're performing one of our own plays; GraveHouse, at Beechwood House Newport on the 20th February 2015, but we need 2 male actors and 1 female actor, for more information please get in contact or head on over to our fb page and you can contact me via that at www.facebook.com/ghostroomproductions ;

Some of us are prisoners, and the rest of us are guards... 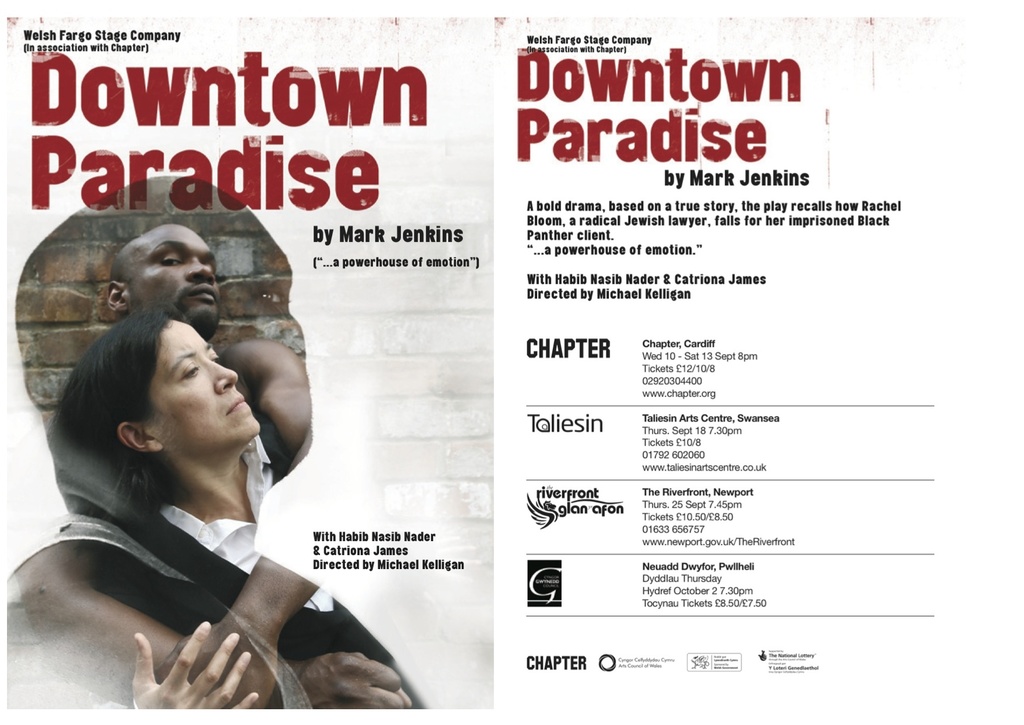 I'm currently in rehearsals for Mark Jenkin's play Downtown Paradise, with Michael Kelligan/Welsh Fargo Stage Co. We have a run at Chapter from 10-13 September and then performances at the …

where to are you.

Welsh performance artist Josh alan Trask to introduce his Self with where to are you. an exploration into an identity and performed as a one-off experimental, multi-media solo production.… 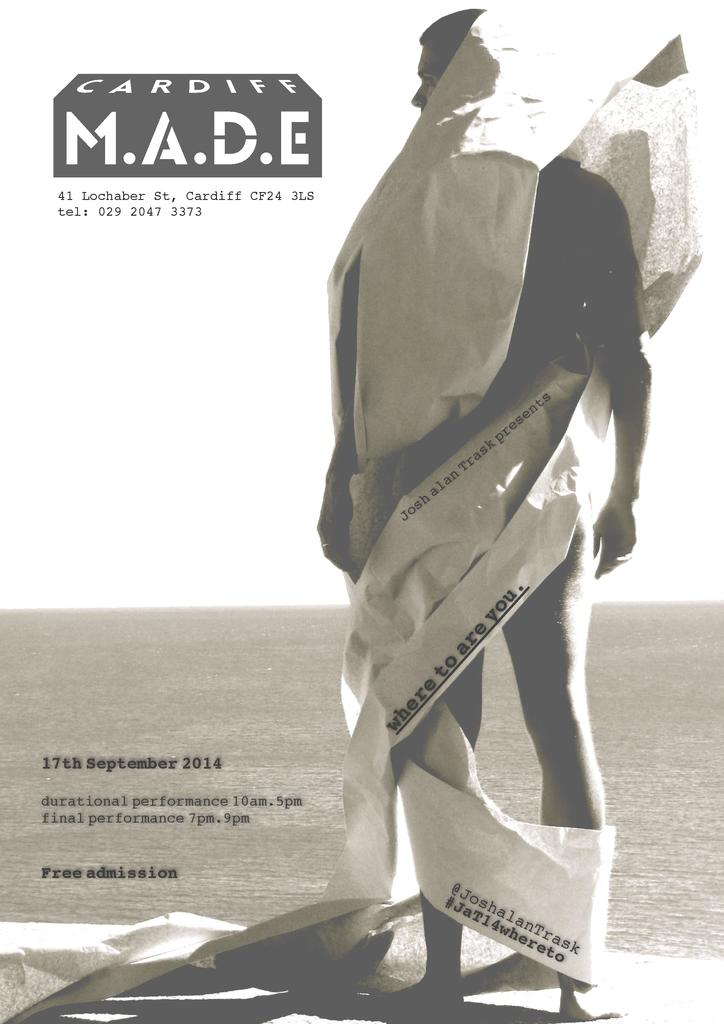 Happy In My Skin

I'm looking for some volunteers for a photo shoot tomorrow in Cardiff for a forthcoming production. We will only require you for an hour or two. If anyone is interested please get in touch. There will be tea and cake......

How should I function as a Producer?

I am currently going through a a bit of development as a Producer and am very interested in how all you lovely creatives think a Producer should operate and who of you out there are interested in working with a Producer?

If you'd like to leave me with any thoughts, I'd love to read them so please do . . . 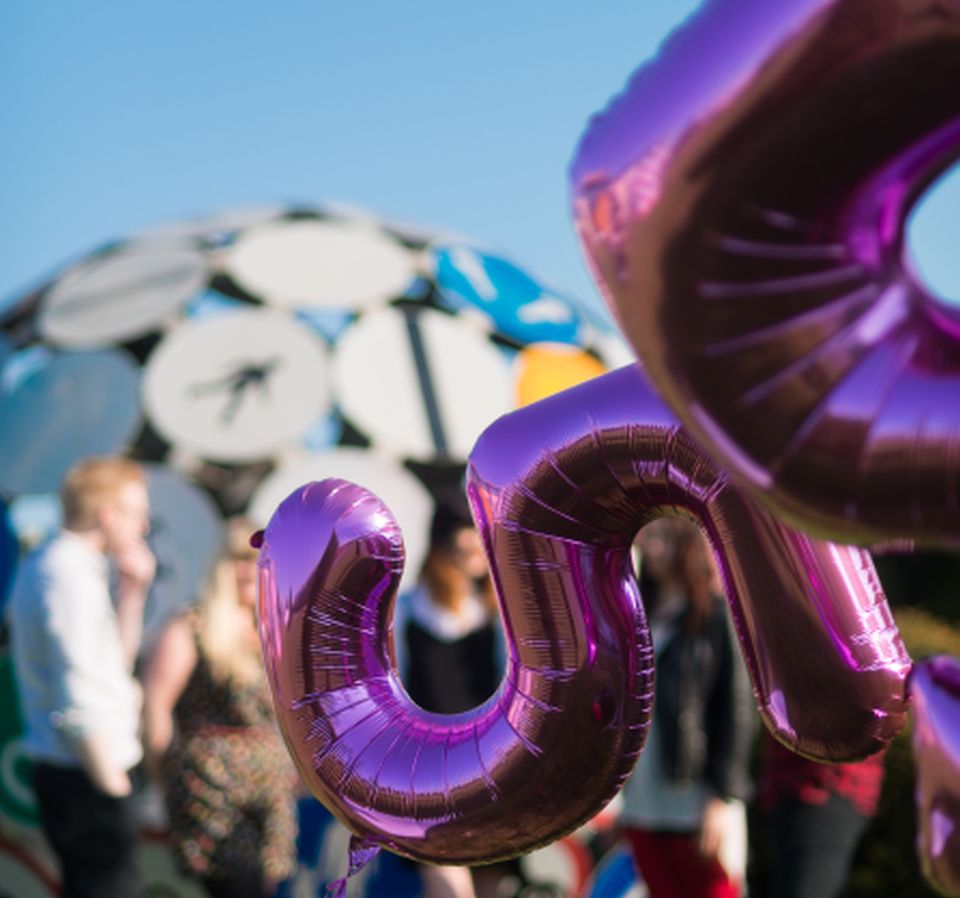 Sherman Cymru is looking for Cardiff families to be the face and voice of Sherman 5 and in the Echo.

The Sherman Theatre is looking for families in Cardiff who want to be a part of an exciting year long project where they get to see shows at the theatre for free.

Sherman Cymru will be launching a new initiative,…

Day 4 in the #NYTW house by Saskia Pay 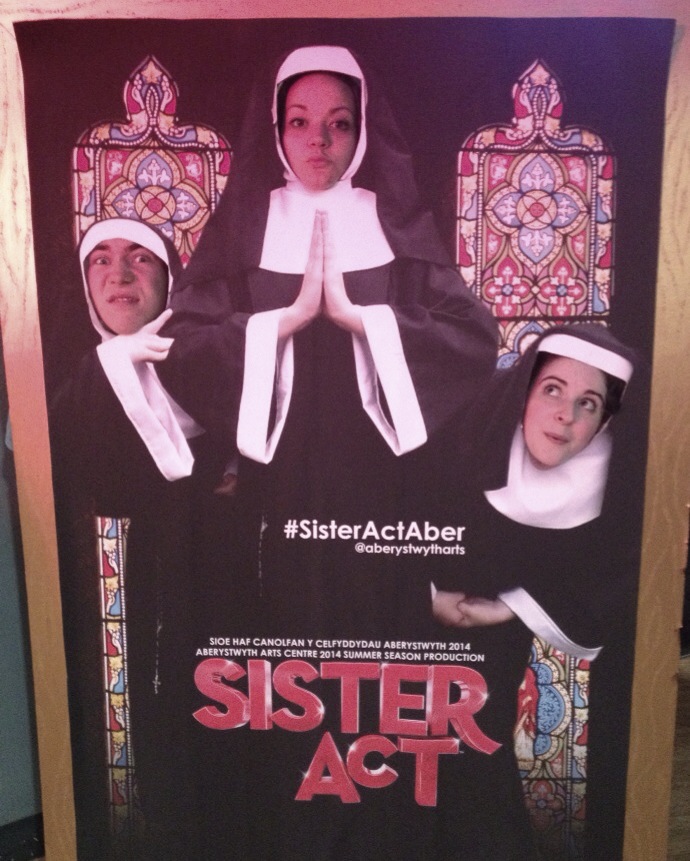 Day 4 in the Nash House!

Today has been a very productive day. We started the day by listening to the recordings we made of the public of Aberystwyth answering our questions. We created verbatim theatre by recreating what we heard and using the voices to create…
Continue Day 4
Today was a very…
Continue

A week on Saturday we'll hold the final NTW TEAM Workout Session of this initial block of three.  It's been quite a ride, with a total of 16 projects being worked on by 39 different artists and theatre-makers.  Some projects have arrived almost complete, with uninitiated eyes exploring them afresh.  Others started as a glint in someone's eye and are now developing into scripts, workshop exercises and devising plans.  In addition each session has seen other new projects arrive and new…

A while ago, some of us who are involved in the Producers Place network mooted the idea of a post-Fringe/ post-summer drink.
It'd be a week day after work/ evening thing to debrief and socialise, very likely in early-mid Sept. It'd be open to all and we'd expect some Producers Place people, and some Wales in Edinburgh people, and anyone else who fancies it.
If you do fancy it, please raise a virtual hand and…
Continue

Please read the previous blog to see the earlier days of our Journey :)

On the final day of our journey, the man from the hotel told us about Dragon Theatre nearby.

We were going to go straight back to Cardiff, but we decided to drop by the theatre!

This building used be a local church, then it was refurbished into a…

This is what we saw.Beauty of nature was holding us.

I felt sadness because we have (or had) such scenery in Japan.

Our Trip of North Wales!! 2

After we left Wylfa, we left Anglsey then we went to Trawsfynydd to see the Trawsfynydd Nuclear Power Station. The building looked like a castle, as the sign on the site said the neighborhood calls the plant 'Traws Castle'. We heard the plant had drained the pollutants of the plant, but the day, we didn't catch any high level radiation on our geiger counter.… 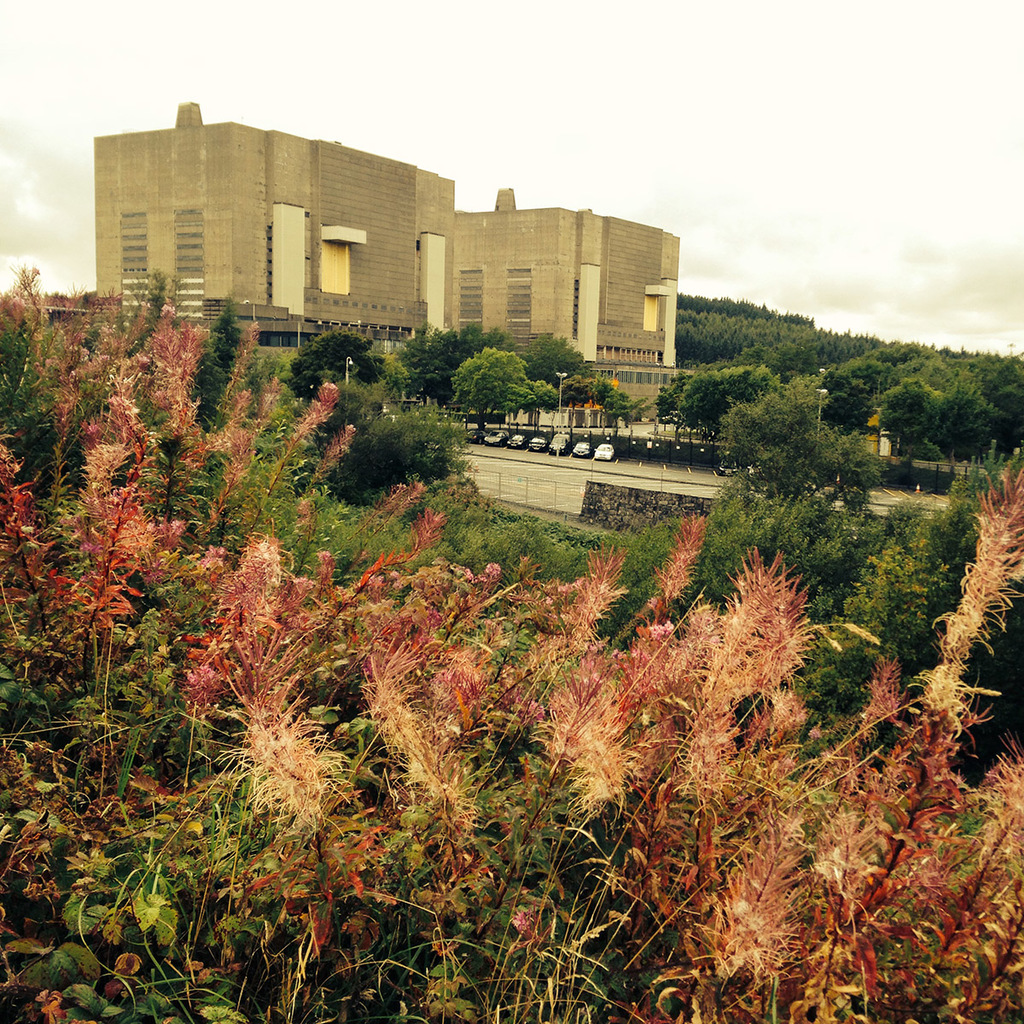 Our Trip of North Wales!!

Hello there!!
I am very excited to stay in Wales!
This is the 11th day in Wales.
We came back to Cardiff three days ago from 5 days trip of north Wales.
Now, we are working for sharing in our apartment.

I had not updated my blog for a while, today I will talk about 5 days of the trip of north Wales.

In August 18 - 20, Yasuro, Chinatsu and I had been in Holyhead island and Anglsey island.

First day of the trip, we went to the villege where they had a…

Please read the previous blog to see the earlier days of our Journey :)

The next day, we went back to Wylfa Power Station and visited the information centre.

The man working at the reception was very nice and showed us around.

He said he was from Yorkshire and he'd worked there for 35 years.…