Actorsworkshop is about to begin its new series of workshops in Cardiff at Chapter Arts Centre. If you are looking to get involved with something creative, keep your skills topped up, meet like-minded individuals and work with some great creatives why not get in touch.

We have four courses on offer starting w/c 2nd April for all abilities. In our newest, highest level workshop playwright and recent assistant producer for BBC's 'Swansea: Life on the Streets' Tracy Harries will…

Argh!!!! Do you ever get those moments when your writing and you feel that your brain is aching?

Well I'm having one of those moments!!!!! 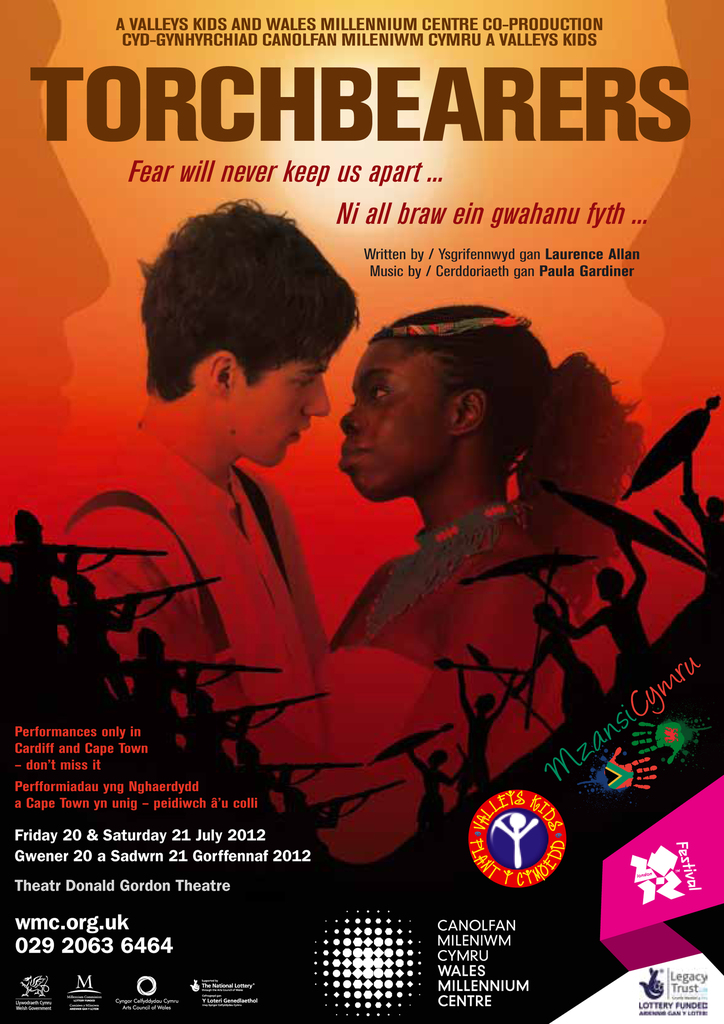 Hi there my name is Rowena Scurlock, a budding actor, writer, and film director! I f anyone is interested in helping my with my writing or if there are any directing opportunities that Ii can help with, can you pass them my way please!

I'm currently writing a six part comedy/drama about the rise and fall of a celebrity, and analysing the fallacy of media culture, of how it can make you and break you all at the same time. It also examines the human fall out of…

In May the NYDW team will be travelling all over the country scouting for some of Wales’ most talented young dancers (aged 16 – 21).

CHANGE OF DATES:  The Cardiff Directing Arts "Working with Actors" workshop dates have changed.  In order to accommodate the Easter Break the sessions will be held as follows; 2-5 April, evenings, 10-13 April, evenings, and 14 & 15 April, all day.  Deadline for registration is 29 March.  Details of the course can be found at www.directingarts.com. To book a place email Savannah (…

HI, We have a read through at Bridgend College tomorrow night - Tuesday, from 5pm onwards. It will be an informal reading of some new writers work. We'd love to have your input. You can get in touch through here, Many Thanks, Carmen

Devoted and Disgruntled in Cardiff.

15 and 16 September Sherman Cymru, Cardiff
with National Theatre of Wales

What are we going to do about theatre in 2012 and beyond?

Join a nationwide conversation for anyone interested in theatre on any level , whether you make it, produce it, watch it, love it, long for it to be different...

Do you love theatre?
Do you find it…

Tanja Råman and John Collingswood are looking to recruit a team of professional dancers for their new full-length production: Beyond the Body, co-produced by Taliesin, funded by the Arts Council of Wales and supported by Run and Become, NDCWales, Cardiff Met and Chapter.

Beyond the Body will be in rehearsal from 28th August 2012 for 11 weeks, the first 7 weeks of this period will…

I am currently finishing a degree in BSC(Hons)Live Event Technology at University of Glamorgan.
For our final year projects we have been developing products for the live event industry; these are a mixture of Lighting, Audio/AV & Rigging/Engineering based products.

Sitting in my living room with the TV on in the background I sit and write my first ever blog post . . . But what to write about?

So I thought I'd write about my relationship with National Theare Wales, so far . . .

NTW18 is the second show that I will be helping to promote as part of the NTW TEAM, having been part of the comms TEAM for NTW17, and even though we have only had one meeting, I can tell that they are both going to be completely different…

Women in Pregnancy is a pilot project exploring the impact of pregnancy on a woman's creativity through very gentle Creative Movement techniques.

Join us for a unique creative journey of your pregnancy

How you can get involved?

We are currently recruiting for supernumerary actors to perform in the Number One Tour of An Inspector Calls. This production, originally produced by the Royal National Theatre in 1992 and directed by Stephen Daldry, the director of Academy Award-winning blockbusters Billy Elliot, The Hours and The Reader, has toured to international acclaim and will be playing at the New…

ARE YOU WELSH? DO YOU WANT TO BE A PLAYWRIGHT?

THEN THIS UNIQUE OPPORTUNITY’S FOR YOU.

SPREAD THE WORD is a national initiative to find the next crop of new playwrights emerging across Wales. Working in partnership with SHERMAN CYMRU in Cardiff, Clwyd Theatr Cymru is offering 12 brand new writers the chance to attend a series of weekly workshops in Autumn 2012 taught by… 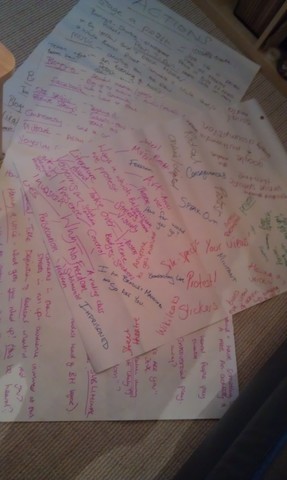 Tonight was our first meeting for the Cardiff promotions team for The Radicalisation of Bradley Manning (NTW18).

You can see our ideas for how to promote the show and engage audiences in activities around the production above!

From now on, you will hear a lot more from Cardiff TEAM and the volunteers who are supporting all the… 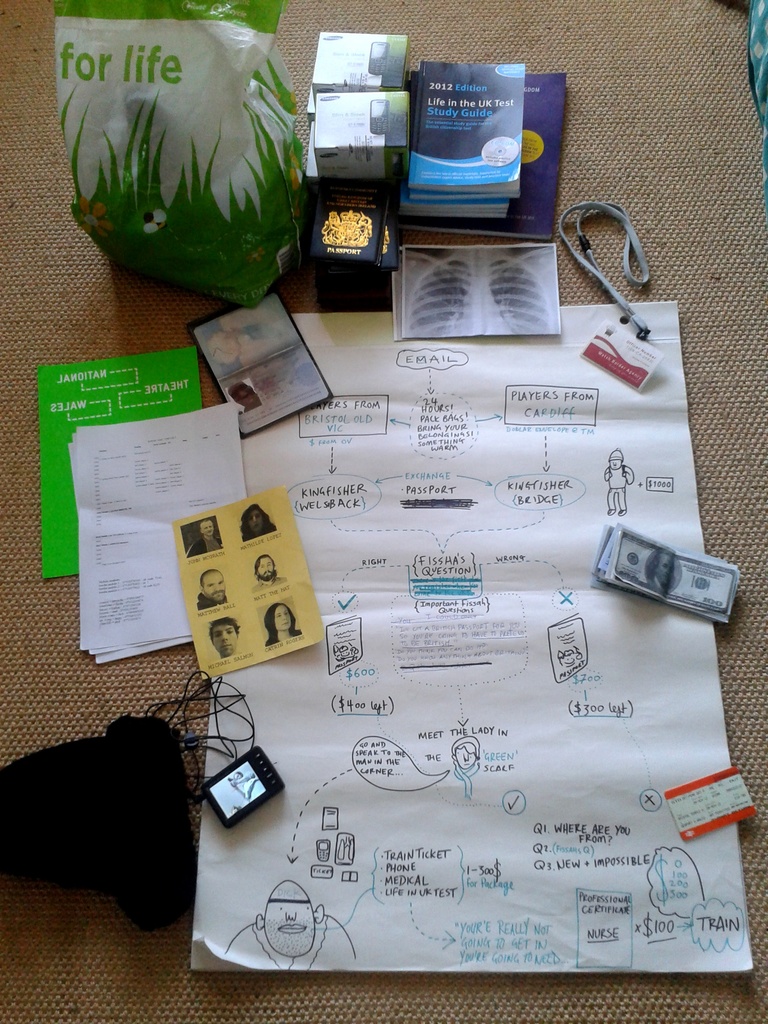 A Big thanks to all who contributed to last night's experience. Serious respect to my team for working overtime in tricky conditions. We made it over.

Juggy Singh aka Mr Wong Is My Master

End of an Experience

Saturday 17th March 2012 this day will be etched in the memories of millions of the Welsh for this was the day that Wales won their 3rd Grandslam in 8 years. But this was a bigger day for around 30 of us it was the day we said goodbye to NTW17 A Provincial Life and what a FANTASTIC experience i have had. My first ever professional production and boy did i enjoy it. I met some amazing new people who i am happy to say all became mates (it seems that all NTW do is attract amazingly kind…

Join in! All aboard The Radicalisation of Bradley Manning!

QUESTION: What do HAVERFORDWEST, CARDIFF and CONNAH'S QUAY all have in common?

ANSWER: All three will host NTW's next show, The Radicalisation of Bradley Manning.

ANOTHER ANSWER: All are, or are seen as, "FRONTIER TOWNS". Interesting,…