We require an MC/Compere for a community event in Bridgend On Sun the 9th of October working 1-5pm.

The work will entail making the general public aware of activities provided during the afternoon.

Coriolanus read-through at the Senedd

National Theatre Wales will be hosting a very special read-through of the text of Coriolanus, featuring some of the best Welsh actors around, at the Senedd in Cardiff Bay on Friday 7th October, at 2pm.

Access is by invitation only, but we have 10 places available to the first 10 community site members who contact us to request a place.

I'm not great at the whole self-promotion thing, so I'll just mumblingly note that I'm one of the writers involved in this - http://www.bushtheatre.co.uk/sixtysix/. And then I'll shamble off elsewhere. (2 Kings. My dates are the 10th (October), 14th, 19th and 28th. Other writers involved include Wole Soyinka, Jeanette Winterson and the Archbishop of Canterbury. Yes. I am kind of making up the numbers.)

In 2011 I was not able to gain a place at a drama school. Even after many a strenuous audition and making it through to last group for Bristol Old Vic I was not able to gain a place! I am currently trying to get an agent and going round thetres asking for experience so I can get as much experience as I can before trying again for Drama schools next year. Wondering if anyone had any advice on the matter? Also if anyone Knows any good modern comedic monologues for my age? I am 18.

Scratch That Itch- Event 3 This Wednesday

Scratch That Itch return with event number 3. We have a selection of original pieces of theatre in it's early stages of development for you to enjoy. Post it corner will be returning as a way to leave feedback for the performers and the bar will be open through out.

The event is free but any donations are kindly welcomed. We are also finished in plenty of time for all you Cardiff and Newport folk to be able to get back home. Monkey is within a 5-10 min walk of the train station.…
Continue

Coney, award winning theatrical game makers are looking for some participants to join them in trying out some ideas and playing some games.

If you are interested please get in touch with me @

Short play at the Riverside, Hammersmith (from Weds 28th Sept)

Just wanted to remind everyone one that the deadline for the emerging directors opportunities is 30th September at midday (next friday).

If you want to know more about the opportunities please see my previous blog post which gives all the details. If you have specific questions please message me through the…

U.Dance 2012 is a major youth dance festival running from 13-16 July 2012 at Southbank Centre, London. Youth Dance groups from Wales are encouraged to apply.

Groups with dancers between 11 – 21 years (and young disabled dancers up to the age of 24 years) can apply to perform at U.Dance Wales – a youth dance performance platform in…

If you are available please come and show your support. Click on the links for more info.

Emergence our arts and sustainability project here in Wales was very inspired﻿ by the work of the people at Tipping Point. You could say we are all part of a broader family of arts ventures that are thinking about things like social justice, activism and climate change. Here is a chance to get to one of their brilliant events.

Some of you will have seen Alan Dix (Director of My LAST CARE) perform his Peachy Coochy piece as part of the Emergence conference at Taliesin Swansea. Also…

1st prize winners will each be offered a solo exhibition at Oriel Davies Gallery in 2013 as well as receiving their cash prize.

People’s Choice Prize £250 Awarded to the most popular work or collection of works in Oriel Davies Open 2012 as voted by the viewing public during the exhibition period.

Isaac Blake Director for the Romani Cultural and Arts Company said: “This project is close to my heart knowing how artistically barren these sites can be. But using arts I found a way to engage with children and young people.”

At Last Launch of Emergence Document plus FREE BREAKFAST!!

I’ve just read the Emergence document cover to cover. I’m on an interminable train journey travelling back from Machynlleth to Swansea (you know the one!) after a visit to Centre for Alternative Technology to discuss the next phase of Emergence. It feels like an extraordinary  time, poised between reflecting on Emergence past and planning for Emergence future.

Maybe I should say a few things about Emergence to put all this into some sort of context. Last year whilst on sabbatical from…


Thursday 15th of September saw the second Word4Word event and the first to be held by NTWteam. A night devoted to celebrating the importance of words and the variety of forms in which they are delivered. Originally to be held at CAI a whirlwind of panic set in when their refurbishment was put forward and we only had two days to find a new venue. Thankfully Milgi’s stepped in and the yurt was ours for the night.

After comically carrying heavy benches in…

We are looking for 6 actors to play the parts of some ordinary people caught up in a not so ordinary situation.

Applicants must be comfortable with close audience interaction and improvisation, although this is a scripted piece, anything could happen on the night.…

So that very special day has arrived! 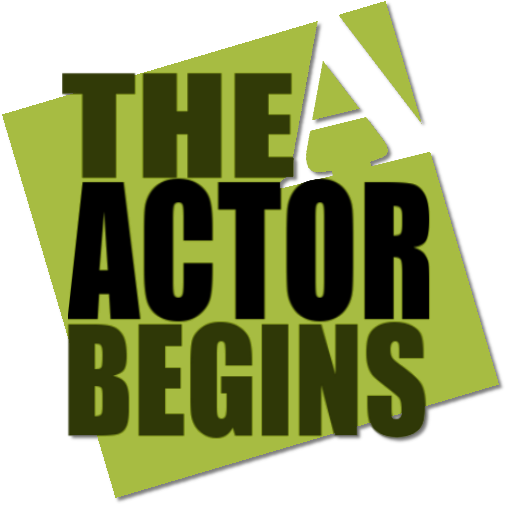 Hi all. I'd like to share some work I've been doing on an Alternative Reality Game which a group of Welsh based creatives are taking to the Storyworld Conference in San Francisco at the end of October.

The conference is a meeting point for industry peeps from films, TV and interactive media and we are creating a ghost story which will play…