The Drift Project: An Opportunity for Artists

in partnership with National Theatre Wales

Behind the scenes @ Utah Bride

Yesterday I was lucky enough to get a look behind the scenes of new show The Utah Bride!

I got a sneak peek of rehearsals which was exciting. I saw the lovely Utah Bride team at work, including the director Louise Osborn, then Sharon Morgan and Sara Lloyd-Gregory performed a gripping part of the play for me.

You can take a look at my pics from rehearsals below...

The show tours Wales in November, so watch this space for more…

A few months ago we launched a new weekly National Theatre Wales e-newsletter. The idea was created by the staff team, then I sketched it out with some felt tip pens and the lovely people at Hoffi put together our template.

I've enjoyed delving into all our news and updates and putting them together to share with you each fortnight, so I really hope anyone who's been receiving the mailing has found it useful!

I’m midway through my residency at Cove Park working on ‘Lost, Found, Stolen,’ and things are slowly but surely taking shape. Having a week here with National Theatre Scotland artists has been an absolute gift. It is so nice to meet with new people and share ideas in a beautiful (but very cold) landscape. When I arrived I had bits of songs and bits of texts and a few vague ideas of where the piece may go. The last few days I have tried to fit these fragments together and really get a…

It's a long trek from Melbourne, Australia to Cardiff, Wales, both geographically and culturally, but some things are universal. The need for cake at staff meetings and that phantom of the opera is likely to be playing at a theatre nearby. And, if you come from an Aboriginal theatre community like  I do, and are visiting the National Theatre of Wales, as I am, the imperative to make theatre that makes a difference and leaves a legacy. Hi, I'm Jane Harrison and I'm an… Continue

Blast Theory & National Theatre Wales are looking for a Researcher

Just writing to let you know of an exciting opportunity for a Researcher to work on the R&D phase of a new project with National Theatre Wales and Blast Theory.

The position would suit a final year undergraduate or a postgraduate student working towards a degree in psychology or sociology.

Desirable criteria: Knowledge of the theory of psychological profiling and/or instrument development for physiological…

What comes to mind when you think of Shakespeare’s Sonnets: Boredom? Sentimental romance? Or English lessons at school?

None of the above could be applied to L.O.V.E,  the passionate production recreated by Volcano for the company’s 25th anniversary, based on the bard’s collection of classical poetry.

The Forge #1 - The First Forge

This Thursday 1st November is The First Forge: the first time The Forge is opening its doors as Cardiff's newest theatrical scratch and work-in-progress night.

After my last blog letting you know about opportunities to get involved in The Forge, we've had some exciting developments and confirmed a brilliant line up of artists…

not many tickets left for Cardiff RWCMD dates 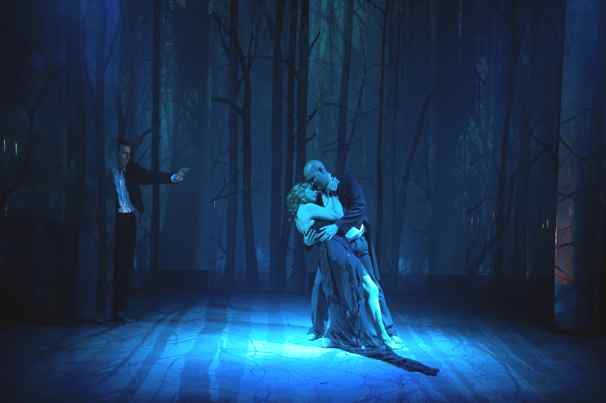 Below you'll find information about applying for the 2014 OSBTT Award - one of the UK's most significant awards to make a new piece of work.

The OSBTT Award was launched in 2003. It is an Award which is regularly evolving and seeking to be more ambitious. However, its brief remains the same, namely to support emerging artists of exceptional talent.…

The Young Critics are currently busy coordinating the TCWA's

The Future of The Youth Arts Network, an Invitation.

'The Youth Arts Network' wants  to hold a meeting in November to discuss what the next stage of this network  should be.

For all of those who haven't  yet engaged with 'Youth Arts  Network <http://community.nationaltheatrewales.org/group/youth-arts>… Just to point you all towards an exciting new commission from Watershed in Bristol:

Watershed are offering a new £30,000 international commission, for artist(s) who are using creative technologies to explore the theme of a Playable City. The…

squirrel pride ebook out on Sunday

For any fans of the short play 'Squirrel pride', performed at The Crofts pub in October for Stories of the Streets, the ebook of it is available at amazon kindle store from Sunday at the latest for £1.99

One of the greatest achievements of the ruling class could be said to be their ability to make the working class ashamed of itself. MTV’s shameful ‘The Valley’s’ has young people representing the worst stereotypes of the working class that our so called ‘betters’ can throw at us. Violent. Alcoholic or border line. Drug taking. Fake tanning. and on and on and on.

Just spent a really enjoyable morning with six fantastic actors and co-director Bethan Jones of the BBC pulling together excerpts from each of the shortlisted plays for the Wales Drama Award.  Then on to lunch where the excerpts were performed and the winner, finally, announced.

And it is:  Kath Chandler for her play Parallel Lines

Runners up are Ralph Boland for I Tell Big Fat Lies for You, and Paul Jenkins for Fear of Drowning

Big congrulations also to the rest of the…

I’m running Improv as a part of NTW TEAM from Nov 6th, and have been attending a different Improvisation course in Bristol run by the lovely Tristan Hancock, and telling you all about.

Week 3 – Thursday 18th October
So things started getting a bit more serious thins week, though maybe focused is the better word. We returned to analysing stories, and how we were telling them, and in a way there isn’t as much to tell about the sessions because we spent so much time making up… Continue

Listen to the audience feedback "I had the great fortune to see your wonderful show in Aberystwyth on 18th Oct. Thank You. I laughed and cried.You spanned the whole spectrum of emotions and issues and in 100 minutes encapsulated what it means to be a woman"

Cabaret style in the round theatre with…

Lucy Davies, Executive Producer at National Theatre Wales since its launch, is to leave the company next year to become Executive Director at the Royal Court Theatre, London.

She will take up her new post in April 2013, joining Vicky Featherstone as she succeeds the Royal Court’s current Artistic Director Dominic Cooke.